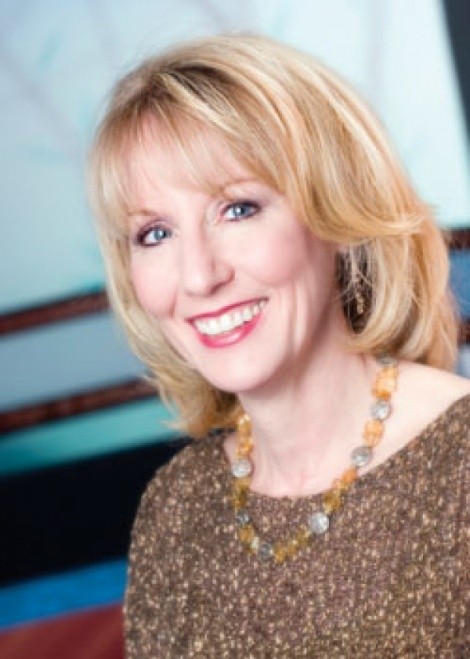 What’s been the biggest rush seeing your play produced?
The numbers of people who come up to thank me, tears streaming down their faces. I was even approached in a parking lot late at night by a young man who said he just wanted to thank me. I’ve written so much about this issue, but nothing has touched people as deeply as this play. That’s the power of art.

Watching the play with my family and watching it with the actual downwinders who are portrayed. Both experiences, while emotionally difficult, were very cathartic.

The amazing performances of the cast and the direction and staging of director Jerry Rapier. They are intuitive, passionate and committed. Collaborating with them has been a true joy.

Why should Utahns care about what the government did in Nevada back in 1951?
Because we all live downwind. There were 928 nuclear bombs exploded in Nevada between 1951 and 1992. This is not a closed chapter of American history nor is it part of our remote past. People are still getting sick, people are still dying, and we have research showing that genetic damage means new generations are being afflicted. Fallout is not just a Utah story as so many people continue to mistakenly assume. This is a national story. The National Cancer Institute released a study in 1992 concluding that “every county in the continental U.S. got some level of fallout from testing.” Independent documentation shows that heavy fallout rained out in upstate New York and in Los Angeles. The Midwest is a hot zone as are Idaho and Montana. The fallout was also tracked into Canada. We have known this since the 1990s. Fallout doesn’t just blow away. Many of the radioactive isotopes have half-lives from 30 to 40 to more than 1,000 years. And the damage exposure does to human health can take 20, 30 and 40 years to show up.

You developed cancer at a young age and a sister also became deathly ill. Is it possible to scientifically link such illnesses to fallout?
There has been a great deal of research on the health affects of radiation. You can never definitively prove that a specific cancer was caused by fallout or by any other toxin for that matter. This is no different than “proving” that a specific lung cancer was caused by smoking. The correlations are so high, we can presume that they are not coincidental. Of course, not everyone who was exposed gets sick. Two people can receive the same dose of radiation and one will get sick while the other won’t. Two people can be lifelong smokers and one will get lung cancer while the other won’t. A scientist explained to me that for cancer to occur you need two factors to coincide—a genetic predisposition and exposure to outside toxins. That’s a much-abbreviated answer, but there’s not room for the detailed complexities.

What will playgoers will be most surprised to learn?
The extent of the fallout—that it affected the entire country. The extent of the government’s lies and cover-ups—the testing may have stopped, but the lies haven’t. That this administration, despite everything we now know, still entertains the possibility of resumed testing.

What are some of the lies?
“Trust us.” “There is no danger.” “The enemy isn’t human; the enemy would do inhuman things to you.” Those claims should make anyone nervous. In my world, skepticism is a virtue. These are lies we are still being told. Just substitute terrorism for Communism. The sad truth is that our own government did to us what the feared enemy couldn’t—all in the name of national security. Instead of protecting our own, we were killing our own.

As it is so personal an issue, what was your biggest challenge getting this play on the page?
The biggest challenge was to tell such a personal story, a story that involves my families and real people I have come to love, in a way that would honor them and their sacrifices. A friend told me that “writing is easy,” you just cut open your veins and bleed. Well, I bled all over those pages. I would sit at my computer and sob as I wrote this. The other challenge was to pare down all my research into a form that would make good theater.

What are your plans for the future regarding Exposed?
So many people who see this tell me that it must be seen around the country. I definitely would like to see it performed elsewhere. I would like people to learn from it—to remember what happened in this country and to resolve never to allow it to happen again.

Do plays like Exposed make the government more accountable?
This kind of theater does make the government more accountable. We must constantly watch what our government does and let them know we’re watching. We do have victories. The play shows how the people stopped Divine Strake last February. When people tell me they feel helpless and say that one person can’t make a difference, I tell them they’re using the wrong verb. What they’re really saying is that they refuse to make a difference. It is a choice. I keep a quote from Martin Luther King on my computer: “Our lives begin to end the day we remain silent about something that matters.” We must be brave, we must be bold and we must make noise. A very loud noise.

Along with Rocky Anderson, you took the Nation magazine cruise to Alaska this summer. Any highlights?
Rocky was a true hero there and received his proper due as a humanitarian. He is so misunderstood in his own town. The truly surprising highlight was befriending some amazing writers like Gary Younge, Mary Mapes, and Robert Scheer. Victor Navasky and his wife, Anne, were remarkably warm as was Katrina van den Heuvel. They were very supportive and gracious. Gary and Mary, who are some of the funniest people I’ve ever met as well as some of the brightest, are coming to the play.

What was your shipmates’ response to the premise of Exposed?
They were bowled over. Most people have no idea of what happened. Anne Navasky told me she’s sharing the script with friends. Robert Scheer talked about it in his speech the next day and told me he wants to help get it to L.A. We’ll see.
cw