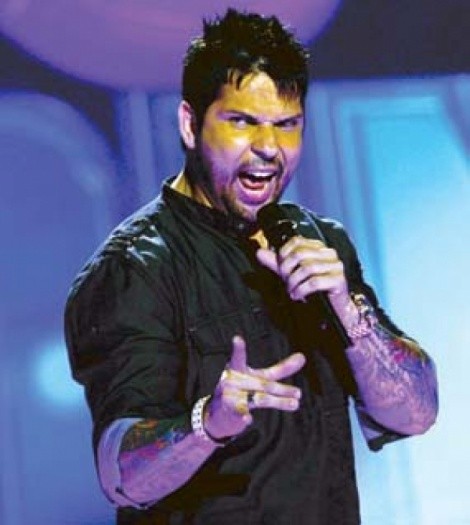 nSalt Lake City comedian Marcus came in second on NBC’s Last Comic Standing last August; since then, he’s been on a national tour with the show’s finalists. In September, he filmed a solo stand-up concert at Peery’s Egyptian Theater in Ogden to be released as the cleverly titled Second to None DVD. On Friday, Nov. 21 and Saturday, Nov. 22, Marcus will host a pair of DVD release shows at Wiseguys Comedy Cafe (also in Ogden). n n n

You’ve been on the Last Comic Standing tour since August. Is sharing the stage with the TV show’s winner more uncomfortable for you or Iliza Shlesinger?
nHa ha, uncomfortable? Not really. I go out there every night and do what I do the best I can—that’s all I can really do. Everybody had their favorites; my goal is to bring in the undecided ones, let them know that winning the show wasn’t everything.

Obligatory Prop. 8 reference: After this weekend’s shows at Wiseguys, will you be boycotting Utah like the rest of your new Hollywood Elite pals?
nNever. I love Utah. In fact, it’s making it difficult for all those Hollywood types because I refuse to move. I grew up here, it’s my home. I’ll always be proud of where I’m from. Now if I could only get Utah to be as proud of me …

Is it purely coincidental that you’re releasing your Second to None DVD a week after local American Idol runner-up David Archuleta dropped his debut CD?
nDid he? I had no idea.

What should purchasers and/or piraters expect from your concert DVD?
nIt’s really incredible. Seriously. It perfectly captured the energy of that live show. The actual comedy concert clocks in at around two hours, and then over an hour of special features and behind-the-scenes stuff. It’s really cool.

Have you received any good offers from the entertainment industry? Or the food service industry?
nPeople have sent stuff my way, but it’s hard to do anything right now; I love the pace, but it makes auditions difficult. I did, however, take a meeting with a manager at Applebee’s, and there are some pretty exciting things developing. I can’t reveal too much, but let’s just say I may be doing shows every night … at table 32!