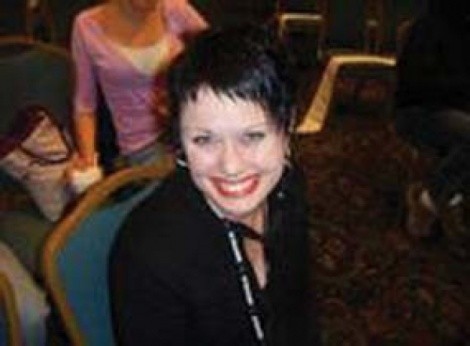 On Tuesday, March 25, at 7 p.m., Sam Weller’s and SLUG will launch the Hardboiled Book Club which meets monthly in the basement of Sam Weller’s at 254 S. Main. The first book to be discussed: Jess Walters’ The Zero. SLUG’s sales manager Meghann Griggs weighs in.

What’s with this “edgy” book club?
SLUG Magazine is always looking for different ways to breed new excitement in our thriving city. We also love to bring people from all walks of life together to promote important issues like literacy. What better way to promote reading than with an “underground” themed book club such as this?

Bill Frost wondered if an edgy book club is similar to extreme crocheting?
God I hope not! Seeing that I, myself, have competed in several extreme crocheting matches where it almost cost me the sight in my left eye back in ’98. Since then, I retired and hung up my teal crochet hook. I hope we can keep this a little more on the mellow side.

Does reading edgy books make one hardboiled?
Well according to Dictionary.com, the definition of “hardboiled” is: written in a laconic, dispassionate, often ironic style for a realistic, unsentimental effect. That information being known, I would definitely consider hardboiled “edgy,” but edgy doesn’t necessarily mean you are “hardboiled.”

What can you say about the club’s facilitator, Sam Weller’s employee Zach Sampinos? Is he edgy? Hardboiled?
Zach is a mysterious and soft-spoken fellow. Not quite sure whether he has a secret life outside of the bookstore at night. I can picture him turning into a mysterious superhero like Christian Bale’s version of Batman. So that would definitely put him in the “edgy” category. I wouldn’t say he was hardboiled, but we may discover that as the months go on.