Your never as beaten down as you think 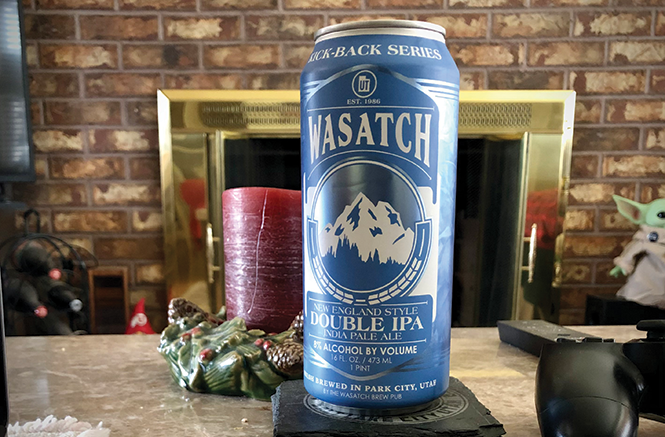 Truth be told, at the moment, I'm a little over big IPAs and dark fruity beers. But sometimes you need to trust your gut and look into that place that you dare not look. This week, I'm glad I did.

Taste opens with zesty peach, mineral-rich dirt, mango, apricot pith and papaya rinds for a fast-paced, dominant, earthy-tropical interplay. Hints of pineapple fade over the mid-palate as light garlic and rye bread contribute to an earthy lingering, with accents of resin and mossy tones to close. Mouthfeel brings a bright, medium body and a prickly, moderate carbonation, while a gentle hop acidity balances the mid-palate as a slightly juicy texture evolves in the backdrop. A more rounded resinous note prevails on the back end and through the finish, with a bitter bite meeting a succinct, hoppy char on the swallow.

Overall: An undoubtedly complex layout of hops, digging deeply into the raw and earthy as much as the lush and fruity, resulting in an incredibly layered presentation of detail at once stifling and embracing the palate. In the end, this 8 percent ale is a remarkably approachable DNEIPA peaking at the upper tiers of the style.

TF Brewing - Imperial Schwartzbier: This is not just a black lager—it's a fruited black lager that's amped-up to Baltic Porter territory. It's enhanced with red plum and black cherry, and pours an opaque black with a solid two fingers of eggshell-colored head, quite fluffy and fairly resilient due to the fact that it's packed with fruit. Looks amazingly rich and fairly creamy. Sour notes emerge right off the bat, but not overwhelmingly so, while roasted chocolates and barley grains also are prevalent. Some hints of vanilla and toffee also play in, but the toasted malts are dominant in the nose. The sour cherry mixes well with the chocolate to create a very enticing aroma.

Up front, this was surprisingly not as cherry-like as I was expecting, as plum was the dominant of the two stone fruits. The plum provides a nice puckering effect, while the muted cherry flavors work well with the chocolates and vanillas towards the end to create a very palatable mix. I was definitely able to pick up the roasted barley and other malty grains, but it's fruit that drives the show; akin to biting into a cherry cordial minus the toasted grains flavor. It's remarkably smooth. I was expecting a harsher tart twinge when I first sipped, but the creaminess of the appearance matches the smoothness of the mouthfeel. Might be slightly over carbonated, but not by much.

Overall: Initial thoughts point to a very solid drinkability. A slight bit of alcohol on the aftertaste means this one's a sipper, and the 9.1 percent ABV backs that up. This is definitely a strong cold weather brew, and I'm psyched I got the chance to try it.

Both of these beers are reaching into the ether alcohol-wise, and it can be hard to detect at times, so take heed. As always, cheers!