Park City Brewery rises from the ashes to become something more. 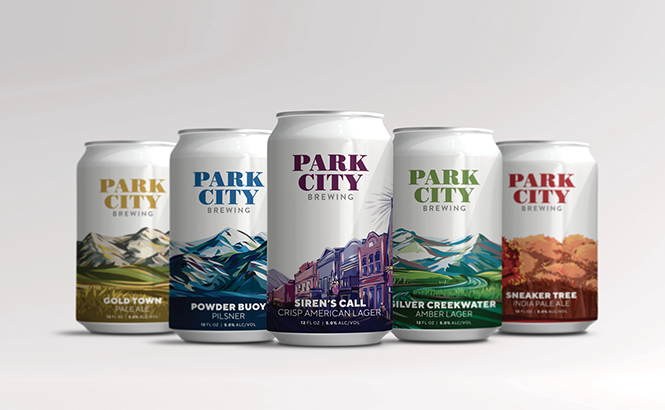 In the early part of 2015, Park City area residents got a taste of something that had only come about twice before in Utah's 35-year craft beer history. Wasatch Brewery and Shade of Pale Brewing (now Shades Brewing) had been the only two breweries to set up shop in Utah's premier resort town—and Park City Brewery would be the third.

Started by the Ray Brothers, the brewery was located off I-80 in Kimball Junction, and offered multiple ales and lagers available throughout Park City and the Wasatch Front. Sadly, due to setbacks like real estate and supply costs, the small production brewery had to move to contracting with other breweries to make their beer. In 2020, they eventually sold their brand to a group of eager investors.

This is where Jeff Tito comes in. Tito has been a career beer guy for the likes of Heineken, Yuengling and Miller Brewing, and his family started Rolling Rock out of Latrobe, Pennsylvania. Tito says he was less than enthusiastic about taking off to Holland again, for another tour at Heineken, and was looking for something new and smaller a little closer to home. Being a local guy myself, I'm always curious to find out what makes Utah appealing to people who are deciding to base their beer careers here.

"Park City and Park City Brewery is a win-win" Tito says. "When I came out and looked around, I thought this place (Utah) has the most potential to make quality beer and have a lot of fun."

And while we can absolutely agree on that, Utah isn't exactly the easiest place in the world to be in the beer business. "My dad was telling me, 'You'd better take a close look at the laws,' which I did. I looked into them and thought, 'Oh my,'" Tito said with a chuckle. "[But] the people at the DABC have been very helpful answering questions and keeping us on track."

As intimidating as the DABC can be, it can be equally so trying to reinvent a local brand— which appears to be something that has never happened in our local craft beer market. "We have to set our own path forward," Tito says. "None of the old recipes or designs will be used. We're working on our own rebranding of cans for our five core beers, along with artwork for our special releases and such." Those core brands include Siren's Call American Lager, Powder Buoy Pilsner, Sneaker Tree IPA, Silver Creekwater Amber Lager and Gold Town Pale Ale.

Head brewer Mike Perine is in charge of the beer. His most recent gig was brewing at Real Ale in Austin, Texas. "Mike and I spent a lot of time talking about the beer, and how we don't want people overwhelmed by it," Tito says. "It's got to be drinkable, balanced, and it has to be right every time. ... "We brewed about 30 brews over the first couple months that I was here, and out of those 30 beers, we narrowed it down to these five core beers."

Park City Brewery looks to be having an ambitious year in 2022. Tito and the other investors are currently building their brewpub in Kimball Junction. Construction is expected to wrap up in late December, with a hard opening around the beginning of January. That location will have a small in-house brew system. They are also currently shopping for a small production facility in Salt Lake City that can help fill their needs with cans and kegs, wherever that may be.

If you're looking to try some of Park City's new brews, Uinta Brewing is currently contract-brewing for them. Amber Lager, Pale Ale, IPA and the Pilsner are out in draft and cans now. And you should be able to find them at Brick and Mortar, Whiskey Street and Piper Down in SLC, along with O.P Rockwell, Grappa and Downstairs in Park City. As always, cheers!