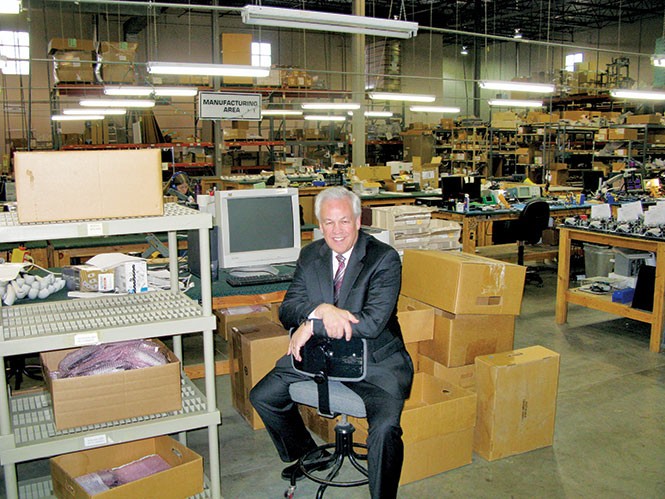 The City of Cottonwood Heights appears to get way more publicity than other small cities in Utah. It has been both lauded and condemned. It has built parks, trails and bike paths, helped create a new school district, set an example for the rest of Utah with all vote by mail. Then, it negotiated a private snow-removal contract that missed success by a very large margin, and it created a police department that some love and others love to hate. All of it, the good, the bad and the ugly, carry the image of only one mayor in office spanning its 11 year existence, Kelvyn Cullimore Jr.

What's the big secret that your neighbors don't know about you?
I was on Family Feud in 1981. If you want to see something comical, get the tape. See (M.C.) Richard Dawson kiss and hug me and my wife. The family tricked me into doing it. They lied and said it would only be an hour. It was all day. Did I jump up and down like crazy contestants are supposed to? Yes, I did.

How did you become CEO of public company Dynatronics Corporation?
In 1984, we had a nice smaller business. We were developing new medical products that we needed to put into clinical trials in order to sell them. That takes a lot of money, so we went public to raise the funds. The trials didn't go as planned, and the FDA didn't approve our device, but we have been public ever since.

So, how did you get into politics and why does a CEO of a public company want, or need, this other job?
My dad used to say, "If not you, who?" So, at BYU, I became student body vice president. When I was on mission, I spent a lot of time driving around Quebec, Canada, with the late U.S. Rep. Wayne Owens, our mission president. He taught me a lot about doing the right thing. I was one of the originators of forming Cottonwood Heights and felt I needed to see it through as first mayor. It's taken more than a decade to get us where we are, but, lately, the job is becoming more maintenance than innovation.

Does it hurt your feelings when the press slams you, or when City Weekly's publisher called you "the Kelvynator"?
No. When you run for public office you hold yourself out for good and bad. You have to be thick-skinned because, in America, freedom of speech is a right even if it's different from yours. My regret is that we really need good people to engage, but I fear that so much toxic discourse discourages them from getting involved.