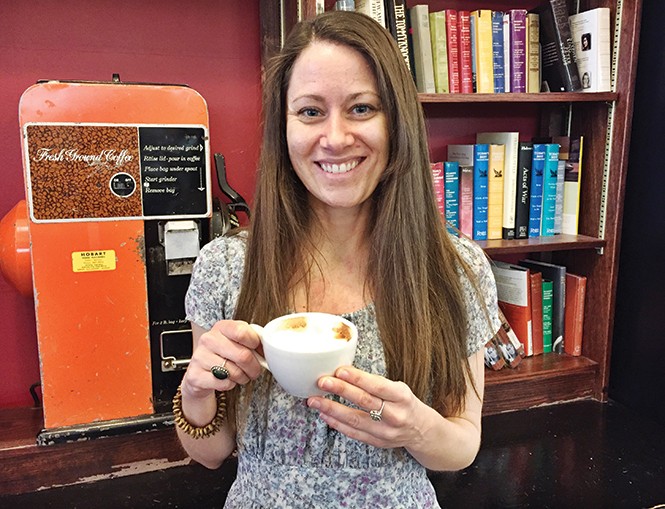 Lisa Boone, a Las Vegas native and Utahn for more than 10 years, has grand plans to open Salt Lake City's first cat café in the downtown or Sugar House areas. You're probably thinking, you've cat to be kitten me right meow—but hear me out for a mewment. (Sorry, had to.) Tinker's Cat Café (TinkersCatCafe.com), in addition to selling local coffee and sweet treats (all with a cat-themed twist—think chamo-meow tea and cat-ppucinos), will also include a "cat lounge," where a group of about 8 to 15 cats will be available to hang out with, play with and/or be adopted. Boone successfully raised $28,513 on Kickstarter and expects to open the café in late spring or early summer.

How did you come up with the idea of a cat café?
I was literally sitting on the couch, watching The Amazing Race, and I believe they were in Taiwan—the first cat café opened in Taiwan in 1998. Their obstacle was to go into the cat café and give them milk, and I'm like, "What? What is that?" I had no idea that it even existed. It just blew me away. I thought, I'm going to do that—I'm going to bring that to Salt Lake City. That was probably about a year and a half ago.

Where did the name Tinker's come from?
When I was born, my mother had two Siamese cats, and one was named Tinker (above left). We grew up together—he was the first cat in my life, and he grew to be 22 years old. Many days were spent following him around, pretending I was a cat, too. He set the stage for my love and connection to cats, so the name is an ode to him.

So, would you consider yourself a cat person?
That's really hard. Especially because I'm opening a cat café, you'd think that, for sure. But I love all animals. When I was little, we had a farm where we raised chickens and bunnies and cats and dogs. So, I love having dogs and cats at the same time; I couldn't side. But you wouldn't open a dog café. That would be difficult.

What kinds of reactions have you been getting?
I've had people cry.

Wait, what?
[Laughs] I've had girls start crying instantly because they didn't know it existed. They're like, "Are you kidding me? This is real? Are you serious? I'm so happy right now." It's really cool because it's a positive community/social thing for animal lovers, and the reaction has been really strong. People can't wait to be a part of it—lots of people want to work there, and they're trying to send me résumés already. And then there are some people who are confused, who don't really know what it is. Some have even asked, like as a joke, if we're serving cat meat.