A woman's search for sobriety ends in a downtown SLC parking lot. 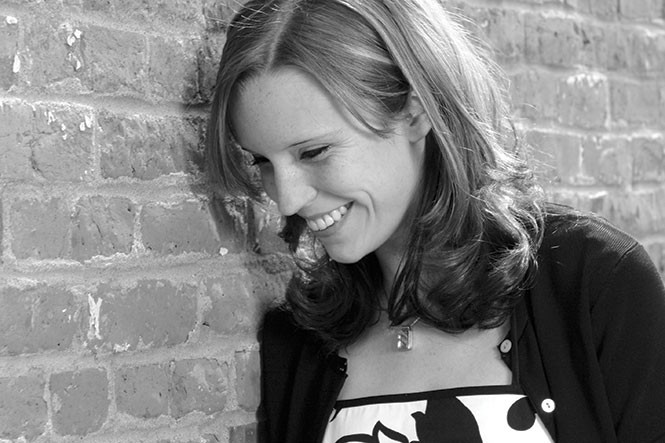 Back in Olathe, Kan., Bill and Janice Pollman have a China cabinet full of ceramic bowls that were made by their daughter, Brittany Anne Pollman.

The younger of two adopted daughters, Brittany also played four instruments, the oboe, clarinet and the alto and tenor saxophone.

"She was quite good on the oboe," Bill Pollman says, recalling that at a concert during her junior year in high school, "she played all four before the night was over."

All of that youthful talent and potential met a tragic end on April 4, 2016, when a private investigator hired by Brittany's family found the woman dead inside her blue Ford Focus, which had been parked in the Red Lion Hotel parking lot at 161 W. 600 South in Salt Lake City.

Bundled with Brittany's talents was a drug addiction that ultimately claimed her life. Inside Brittany's car, Salt Lake City police officers found drug paraphernalia consistent with heroin use. But it's what police failed to find inside the car that alarmed Brittany's family: her phone.

Even when Brittany, 25, was using drugs, family and friends say, she sent prolific text messages and posted frequently to social media. And so on March 25, when Brittany drove away from a sober living facility in Riverton and was never heard from again, her people in Kansas and Utah got worried.

A missing persons report was filed with the Unified Police Department on March 27. An officer contacted several people who knew Brittany, but when adults disappear from the radar, police are limited to the scope with which they can search.

Knowing that Brittany had a history of heroin use, Jensen says he began his search at the homeless shelter on 200 South and Rio Grande Street, and from there worked outward in a circle. Jensen wasn't on the job long. It took him just an hour to find her.

"It was a play on common sense," Jensen says. "If you're looking for an addict or a user in Salt Lake, that's where you start at, Rio Grande, and then go farther out. You wouldn't start in Provo for sure."

Brittany's untimely death at once shocked her loved ones, and was also a testament to how firm a grip drug addiction can have on a person. Hours before Brittany went missing, she posted a selfie on her Facebook page with the words: "I love that I am looking like myself again :))))))) 39 days!" And on March 26, the day after Brittany went missing, Bill Pollman was due to visit Utah.

"She was really excited about it," says Nikki Wiarda, Brittany's sister. "She was really homesick and she had written out an itinerary of things they were going to do that weekend while he was there."

For five strenuous years, Wiarda says Brittany battled her drug addiction—a fight that culminated with a decision in January 2016 to escape her routine and a cast of characters who were bad influences in Kansas and return to Utah.

During Brittany's first 18 months in Utah, she quickly found the Alano Club in Murray, where Narcotics- and Alcoholics Anonymous meetings are held. Misty Mulkey, a recovering addict who attends meetings at the club, became Brittany's sponsor.

When Brittany set out for Utah a second time, she had her sights set on Mulkey's home. But when Brittany arrived, Mulkey learned that her friend had relapsed on the drive, and was once again using drugs. "But I was eager to help because I thought I could," Mulkey says. "I thought I could get her sober again. I know in my head that nobody can get another person sober, but with her, my heart kind of said that I could."

After living at Mulkey's house for about a month, Brittany found a spot in MentorWorks, a transitional housing program in Riverton.

Joe Petersen, an assistant case manager at MentorWorks, says Brittany had spent five weeks at the treatment center and was complying with the housing requirements, including attending five recovery meetings per week, completing five hours of community service and working for a temporary employment agency when she went missing.

"She was talking about how she was excited her dad was coming to visit. It just seemed like she had a hope that she didn't have when she first came in. She had hope for the future. I'm not sure what happened the night she left," Petersen says. "She just made one poor decision after a month of making good decisions and that, unfortunately, led to her demise."

Though not from Utah, Brittany's death will be added to the growing list of people who die from drug-related deaths in the Beehive State. According to the Utah Department of Health, 300 people died in 2014 from prescription opioid overdoses, a number that ranks Utah No. 4 in the nation. Officials say many who end up addicted to heroin start out abusing prescription drugs.

For Brittany, though, it was simply falling in with the wrong crowd and dabbling with substances often viewed with little concern, like marijuana, that eventually led to her heroin use.

Wiarda says her sister began dabbling in drugs at age 15 and, like many addicts, bounced in and out of rehabilitation clinics.

Bill and Janice were both teachers in Olathe, a suburb of Kansas City, and they raised their daughters in a trailer until they were around 12, when the family had saved up enough money to pay cash for a new home.

"We never lacked anything, we never wanted anything," Wiarda says. "My parents took really good care of us. I think my parents just tried everything that they could to help her; to make her be sober."

After burying Brittany in Kansas, in a plot she had picked out years earlier next to her grandfather, the Pollmans visited the Alano Club on April 24 for a memorial service.

A group of the Sober Riders Motorcycle Club, patches sewn to their jean vests beaming their allegiance, mingled with others dressed in their Sunday best. Whether or not they knew the girl in the photographs with the bright smile and sparkling eyes, most present shared the addiction that ran roughshod across much of Brittany's life.

Pollman recalled how his daughter worried that her parents needed to enjoy their lives, and Wiarda remembered how the two would attend each other's respective musical concerts. Brittany was also the maid of honor at Wiarda's wedding. "I wouldn't have wanted anyone else standing by my side," she said.

For the Pollman family, many questions surrounding Brittany's death might never be answered. How could anyone have managed to pry her beloved telephone from her grasp? And for a ravenous smoker, who was known to put down a pack of cigarettes per day, how is it possible that she didn't make a withdrawal from her bank account later than March 27?

In cold facts, a Salt Lake City police report outlines the grim procession of a call from a private investigator reporting the spot where Brittany's body had rested for an unknown number of days.

This bothers Janice Pollman, just as it would nag at any mother of any child, drug addict, criminal or sinner, be damned. "I hate to think of my child dying alone in a parking lot and nobody calling it in or anything. Nobody," she says. "It's hurtful. It shouldn't be happening to anybody."