A Dish of Nostalgia

by Jordan Wallis and Lexie Levitt

City Weekly asked a few Utah movers and shakers to share some memories of their favorite eating establishments, or of local restaurants that played a pivotal role in their lives. Their responses might surprise you, or inspire you to make some memories of your own.

“My husband, Jeff, and I celebrate our wedding anniversary every year by going to a nice restaurant,” Fleming says. “We moved to Utah from New York City in ’93, a few weeks before our anniversary. We didn’t have a clue where we should celebrate in Salt Lake City. In New York City, we had no trouble finding a romantic restaurant, but now we were in Utah! After extensive detective work, the New Yorker (60 Market St., Salt Lake City, 801-363-0166, NewYorkerSLC.com) was selected. Well, it was a perfect fit! It was elegant and romantic, and the food was excellent. We love to experience new restaurants in Salt Lake City, and we will always remember our first Utah anniversary celebration at the New Yorker.” 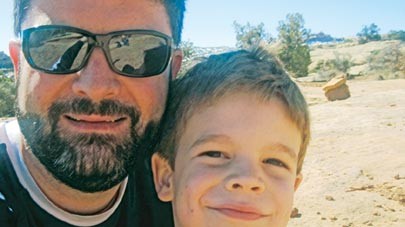 Matt Pacenza, policy director for HEAL Utah (Healthy Environmental Alliance of Utah)
High West Distillery & Saloon, Park City
For Matt Pacenza, few things are more vital than protecting Utah’s magnificent natural parks and fragile wild areas. Recently, he took a break from the fight to celebrate his birthday at High West Distillery & Saloon (703 Park Ave., Park City, 435-649-8300, HighWest.com). The unique Park City restaurant proved an exceptional venue to celebrate. His party spent a leisurely three hours at a round table being “as loud as we wanted. … It is a great space with a modest atmosphere,” he says. High West’s ambiance, a mix of sophistication and good times—like good whiskey—are perfect for gatherings and celebrations.

Ken Sanders, owner of Ken Sanders Rare Books
Cinegrill
“Going back to the Cosmic Aeroplane days of the ’70s, the Cinegrill (344 S. 300 East, Salt Lake City, 801-328-4900) was just up the street, so named because that block of 100 South was the old film row,” Sanders says. “Next door was the fabled Blue Mouse Theater, with the fledgling KRCL studios up on the second floor. I really enjoyed late-night pizzas loaded with anchovies; bratwurst and beer; or a pastrami sandwich with horseradish. I was not a fan of Eugene Jelesnik and his damned violin. Today’s Third East Cinegrill still has the deep leathery booths, the red neon and the same good food, except they lost the knackwurst.”

Will Sartain, musician and co-owner of Kilby Court, The Urban Lounge and Kilby Records
Sage’s Café
Salt Lake City’s musical chameleon Will Sartain described Sage’s Café (473 E. 300 South, Salt Lake City, 801-322-3790, SagesCafe.com) as the setting for a profound, life-changing discussion with his father. They talked about life, their choices and existence over a cruelty-free, organic, vegetarian meal. “I felt like I needed to cherish the short amount of time I had left on this planet,” Sartain says. Though the amazing food likely played second fiddle to the engrossing conversation that night, Sage’s Café always has the potential to inspire a great experience.

Ashley Anderson, director of Peaceful Uprising
Belgian Waffle & Omelet Inn, Midvale
“I’ll always have a warm place in my heart for mediocre hash browns and diner-grade coffee at the Belgian Waffle & Omelet Inn (7331 S. 900 East, Midvale, 801-566-5731), circa 1995,” Anderson says. “Back then, there weren’t many places in the southern end of the valley for teenagers to gather late at night. But ‘the Belge’ was always open. My friends and I, some of whom are no longer with us, would sit around for too many hours, getting way too many coffee refills and fix all the world’s problems. May the coffee flow there for generations to come.” 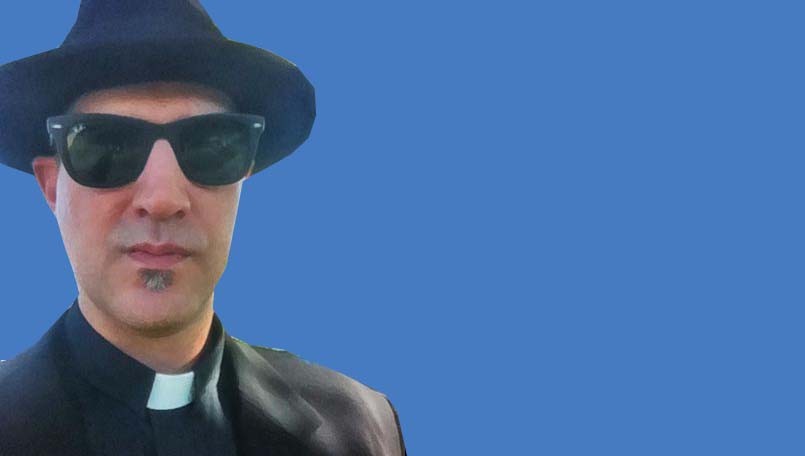 “Bad” Brad Wheeler, KRCL radio host and musician
Moore’s Family Restaurant, Ogden
Wheeler’s taste buds often lead him to barbecue joints, sandwich trucks, sushi and, when he’s in Ogden, to Moore’s Family Restaurant (3558 Wall Ave., Ogden, 801-393-4924). One morning, Wheeler went and ordered his usual favorite, biscuits & gravy. The waitress, a keen observer of Ogden’s music scene, recognized Brad as a musician and told him that her brother-in-law was a musician, too. When he asked who her brother-in-law was, she said, “Arlo Guthrie!” Ogden isn’t the home of the Alice’s Restaurant, featured in Guthrie’s legendary, 18-minute folk song of the same title. Nevertheless, Wheeler’s revised version of that tune goes: “You can get anything you want at Moore’s Family Restaurant.”

Faith Ching, founder of Ching Farm Rescue & Sanctuary
City Cakes
Faith Ching is from New Jersey, a state known for its delectable cheesecake, so becoming vegan and giving up this creamy dessert was quite a sacrifice for her. After searching long and hard for a dairy-free substitute and choking down many flavorless, tofu-based impostors, she finally found The One at City Cakes (282 E. 900 South, 801-359-2239, CityCakesCafe.com). It was love at first taste. “It brought back so many memories,” she says. She loves to order it plain for maximum enjoyment, refusing to detract from the pure flavor by adding fruit or chocolate topping. Thanks to City Cakes, Faith can have her cake, and eat it, too.

Rebecca Chavez-Houck, Democratic state legislator
Michelangelo Ristorante
Rebecca Chavez-Houck has been representing the voters of House District 24 since 2008. When she has a chance to get off the hectic floor of the Utah Legislature, she likes to get away to Michelangelo Ristorante (3005 S. Highland Drive, Salt Lake City, 801-466-0961, MichelangeloRistorante.com) a place she describes as having a “vintage, cosmopolitan feel.” She also enjoys trying new restaurants as they open, including, perhaps, the new Michelangelo on Main Street, straight down the hill from the Capitol.