Personal experience leads Utah's Alex Boyé to use his celebrity to support an important cause. 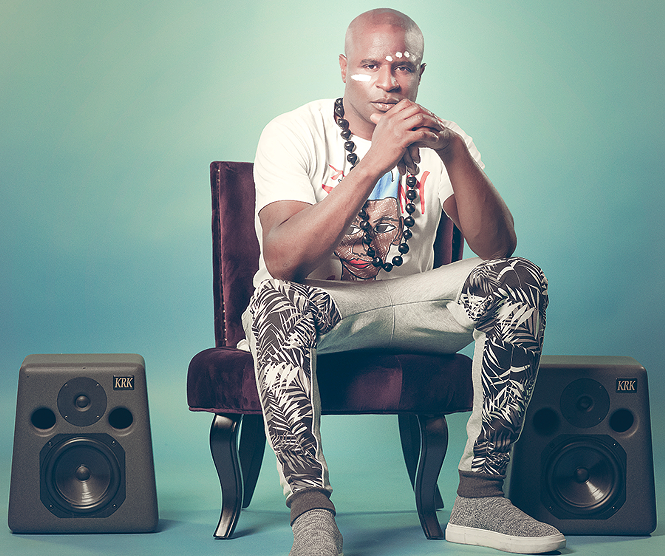 Alex Boyé is an alum of many things: America's Got Talent, for one, but he's also part of the Utahns-who've-made-it community, with a career trajectory that seems to be pushing in a similar direction as Imagine Dragons or Neon Trees. The solo artist—who crafts big, sweeping pop songs that surge with a will for power and hedge into anthemic territory—seems to have worked tirelessly since his America's Got Talent days promoting new material and corresponding videos full of energy and vigor. Part of his rise to fame involved covers of popular songs, like his interpretation of Coldplay's "Paradise," with fellow YouTube sensations The Piano Guys—contributing a big chunk to Utah's wholesome internet content output. These days, he sways back and forth between the fun, trendy and exciting (his song "Warrior" has a Black Panther-themed video) to the serious ("Still Breathing," which is about suicidal feelings, but with a Game of Thrones-themed video). Other recent releases, like the single "Bend Not Break," not only tackle issues like suicide and depression, but involve members of Boyé's local community, who are featured in his videos.

His career thus far has been very much tied to these hot topics, but that's not the only reason he's invested in this one in particular. Boyé himself suffered from suicidal feelings when he was homeless at a young age. This low point for him, he says, changed everything. "When I was 16 years old, I was in a bad way and I was suicidal," he says. "I happened to be in a nightclub when a song came on, and that song literally changed my whole trajectory. I don't know whether it was just the lyrics or the music—and I don't even remember the artist—but the lyrics were basically saying, 'Don't give up, keep going, keep climbing, keep rising, there's so much more ahead of you.' It just changed my entire life, and it spoke to my spirit and gave me hope."

In the aftermath of that life-changing night, Boyé came to the relization that he could do something similar for others with his own music, and he has crafted a career that seeks to do just that. His songs feature clean studio production ready-made for viral success, with stadium pop sensibilities. "The internet has been a huge blessing for me because it puts me on a level playing field with the biggest artists in the world," he says. "Instead of me waiting for someone to find me, or waiting for an executive or label to show interest in me, I can create this content myself and put it out there for the world to see."

However, despite the internet's positive impact, Boyé is wary of it, especially for those in mentally vulnerable positions. He worries that online spaces like social media can contribute to social isolation, and exacerbate problems like depression. "I think we're all suffering from invisible wounds, and some of us are cut deeper than others. With social media, if you're feeling bad you can post about it, and if you're feeling good, you can post about it," he says. Boyé goes as far as to call it dangerous that people can get tips and advice from strangers, instead of members of their family, or people they have close connections to in real life.

It's certainly true that confidence-traps exist on platforms like Instagram, where constant engagement can breed unhealthy habits of comparing oneself to others. However, perhaps Boyé doesn't realize that his own online platform serves a virtual community as much as it does a real one. Events like June 24's Bend Not Break Concert at Zion National Park align perfectly with his online presence, because his real-life performances and videos seek to give fans a sense of acceptance, safety and understanding. The comments below his videos are made up of a fanbase who are truly inspired by his music, and who find connections with one another. This is all despite Boyé himself being a stranger to even his fans—he might not be their mother, father, sister, brother, or friend, but he's still a friendly voice telling them not to give up. It seems that Boyé has unwittingly tackled his own concern with the dangers of false connections on the internet just by existing there with the message of his music.

The Bend Not Break Concert was a partnership with youth organization Forever Young Foundation, and ticket proceeds benefitted the foundation. Keep an eye out for Boyé (alexboye.com) at other events around the state and his album Coming to Amerika to be released this fall (Sept. 9).