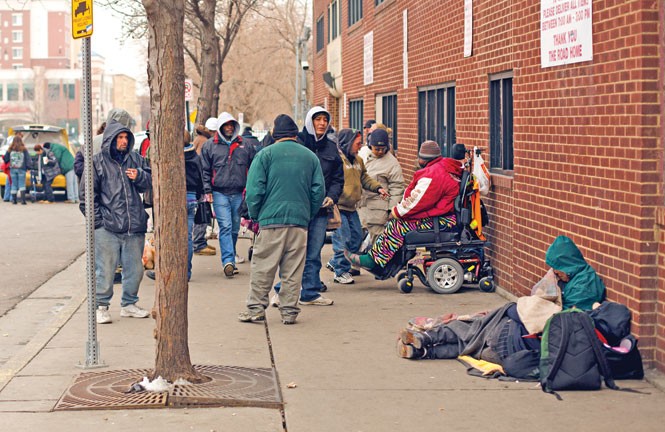 "Dash" has the kind of story that's sadly common among those who have made the streets of Salt Lake City their home. Taking a break from panhandling on a downtown street corner, 24-year-old Dash tells a reporter that she's had her share of struggles, including a three-year heroin addiction and, more recently, clashes with an abusive boyfriend who, she says, tried to kill her "three too many times." Eventually, she decided to take her chances on the street rather than live under the same roof as him.

Now she has a problem that's common among almost all of Salt Lake City's homeless: what to do with her worldly possessions.

Being homeless, Dash has to carry everything she owns with her. A licensed cosmetologist, she has a $400 hair straightener and nice clothes that she keeps with her at all times to keep them from being lost or stolen. To have a place to safely keep belongings may seem like a simple amenity, but for homeless folks like Dash, it would be a lifesaver.

She says she occasionally hides her other belongings in a secret spot downtown, but has also had some of her scant possessions stolen, a common occurrence when living on the street alongside people in similarly desperate situations. Nevertheless, she says, it disturbs her.

"We all know what this road is like," Dash says. "Why are we making it more of a hell for each other when we're all in the same situation?"

Now, a pair of nonprofits have teamed up to develop a solution for Salt Lake City's homeless: a mobile trailer that could hold as many as 34 storage lockers that the homeless could access to store their belongings, for free, during the day.

Travis Hysell is the head of the Legacy Initiative, a Utah County-based nonprofit that does outreach with Salt Lake City's homeless, and has long been organizing to develop a local iteration of the Dignity Village model. That model has been adopted by cities like Portland, Ore., where officials eased zoning and ordinances to allow for a kind of cooperative community, made up of shed-like housing structures, where the homeless can live and pay only $25 to $50 a month to cover utilities.

Hysell says he isn't giving up on that dream, but says he's realized that a smaller project would prove that the organization is serious and committed to helping not only Salt Lake City's homeless, but also the larger community.

"We need to produce something substantial just to demonstrate our ability to pull off a project like this," Hysell says. "We did some needs analysis and some focus groups with the homeless folks, and having storage for their belongings is a critical need that's not really being met."

Hysell says they realized how important storage is when talking with homeless individuals, some of whom broke down in tears when talking about possessions they'd lost or had stolen.

"Small things are really precious when you have next to nothing," Hysell says. He compares a life on the streets to "living like a turtle, with your whole life on your back. You go to a job interview, and you got all your belongings with you—how likely are you going to get that job?" he asks. "Once you get a job, what do you do with your belongings? Hide them in a bush and hope they don't get stolen?" 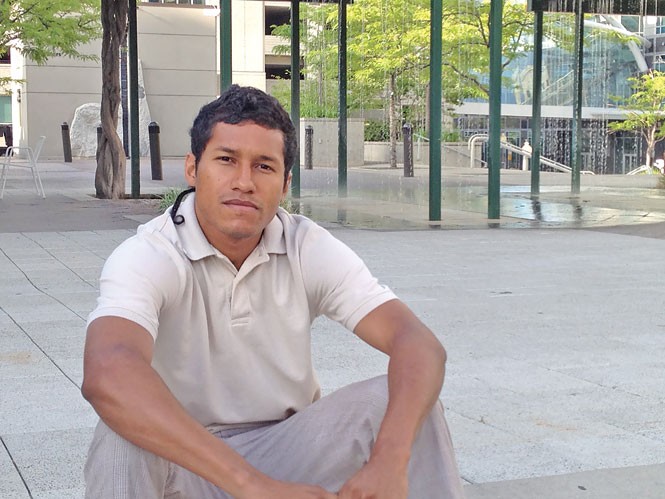 The Legacy Initiative teamed up with fellow nonprofit Revolution United to develop and build the mobile storage unit. David Brooks, the head of Revolution United, says his group also realized there was a need for storage units after coordinating with the homeless for an "idea silo," a kind of grassroots collaborative effort that the nonprofit has used in the past to set up events like the Utah Clean Air Fair.

The two groups are looking to raise $10,000 with events and crowdfunding platforms to build their first mobile storage, which would fit on a trailer and hold 34 lockers equipped with removable keys that homeless people could take with them—similar to the lockers that Lagoon offers its patrons. The storage would be available for free on a first-come, first-serve basis.

Brooks says the groups are still troubleshooting some concerns such as preventing theft and drug storage by possibly attaching a security camera to the storage unit.

"We want to bring onboard local police agencies," Brooks says. "So that we can have it be a secure spot."

Brooks, who has a background in design engineering and is already hard at work on the physical design of the mobile storage unit, is unfazed by the project's technical challenges.

"As an engineer, you have to think about all of the negative problems and figure out ways to implement solutions before it even happens," Brooks says.

Legacy Initiative and Revolution United will be kicking off their fundraising campaign at the Big Hope Kickoff party at Bar Deluxe, 666 S. State, Nov. 21, 8:30 p.m.-2 a.m. The event will feature live music, and a $5 donation will cover the entrance fee and go to support the project.