A personal reminder to expand my musical horizons. 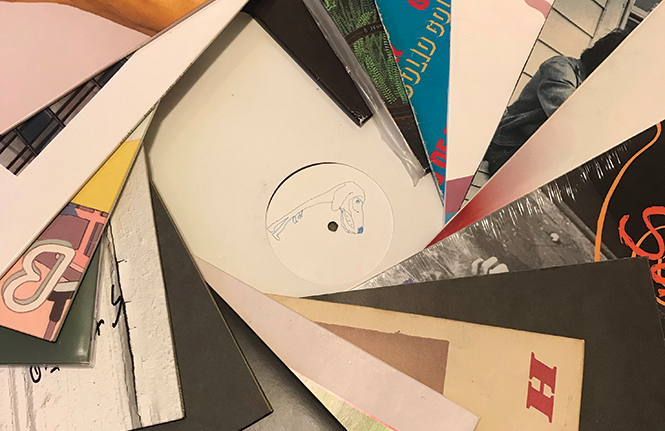 There's a lot of music to see and appreciate in and around SLC. In this new decade, my goal is to experience more of it all. Here are a few ways I plan to make that happen:

One of my biggest new goals is to finally get back into buying records. In the past when I bought records regularly, I mostly bought ones that I love-loved, and to an extent I want to continue doing that. Everyone at this point should know that streaming—even the same record by your favorite artist over and over—does basically nothing for the artist, earning them hardly a few cents per stream. When I stream an artist on Bandcamp and reach the limit of free listens, I always buy the digital files, because at that point, I'm hooked. I know that I need to do the same with all the favorite non-Bandcamp records that have struck a chord with me since I stopped buying records around 2017.

It's also important, I feel, to get back into buying physical music in general—be it tapes or CDs or records—because the internet and all that exists on it isn't as permanent as they warned us it was back when we were kids (and by kids, I mean millennials, which is what I am). I heard a rumor in late 2019 that iTunes would soon be obsolete. What happens to iTunes libraries then, to the digital music we've bought over the years or decades? Where does one listen to their music library if the library itself crumbles? It all seems like it could be eerily similar to what happened on MySpace in 2019, when it was discovered that music posted to artist pages throughout the aughts was all gone, lost to the apparently real digital sands of time. I take meticulous care to record the music I love, saving every song that strikes a chord in a massive Spotify playlist, starting a new one each time it feels like a new part of my life is starting. If MySpace and iTunes can perish, I can't trust the online streaming world any longer, and that includes Spotify.

It's a joke financed by my bad, early-20s finances that I don't have more physical copies of the albums that make my world go round. This year, I intend to become a more familiar face at the fantastic record stores that SLC has to offer, namely those that stock the shit I love-love—Diabolical Records, Peasantries & Pleasantries and Randy's Record Shop are at the top of my list.

Go to Wendover for a Big Country Show

I've always wanted to go to Wendover, and I never have—which is silly, because it's so close, and the city and I have some things in common. Namely, the knock-off version of Las Vegas, oasis of booze and gambling, is half in Nevada and half in Utah, and I grew up in both states. I consider myself a citizen of both, mainly because I find the culture of cheap, kitsch-filled gift shops and the smell of cigarettes in an otherwise sterile, air-conditioned casino to be inherently charming, even though I live, laugh and love here in Utah.

I want to indulge in all the expected activities Wendover offers, but I also want to do what the billboards around SLC are always imploring me to do: Go to a big old show. From glam rock classics like REO Speedwagon to smaller-time country acts like Easton Corbin and locals of our own like heavy rockers Royal Bliss, Wendover has all the big stadium-type shows that my dad's best friend Frank told me died in the '80s. Frank was wrong! The dream of the '80s is alive in Wendover, and I fully intend to head over there for a rollicking weekend of Nevada-specific fun, if only because it's a lot closer than Vegas. And even though I don't love country or glam rock, I think those shows with all their theatrics and sparkly production have gotta be enough fun for any visitor from across the state line.

Catch a Show in Logan

The last show I went to in Logan was, like, four years ago. It was in somebody's basement, and my old friend, the prolific Logan-born drummer Dan Fields, drummed his funkadelic heart out in what was basically a loin-cloth while the band around him participated in similar theatrics. Now, a lot of the folks I met at that show are still players in the northern Utah scene, and I do know that they still frequent Logan venues like WhySound and The Cache.

My best friend from high school, who is still a top-tier best friend, lives up there and studies at the university, and she knows all about what goes on up north. According to her, WhySound not only puts on shows, but open-mic nights and poetry nights, whereas The Cache functions as a bar and venue, with a variety of events—drag shows, karaoke and trivia nights—all complement live music in the regular rotation. A bonus at The Cache is Chicago-style deep-dish pizza in the basement. And in true college-town fashion, local restaurants like Jack's Wood Fired Oven, Even Stevens and The Crepery also put on shows. With a friend who lives there, there's no excuse for me not to kill two birds with one stone by hanging out with her and catching a show. Here's to new journeys!