A Question of Time

As advocates seek Board of Pardons' compliance with audit, inmates languish under arbitrary sentences. 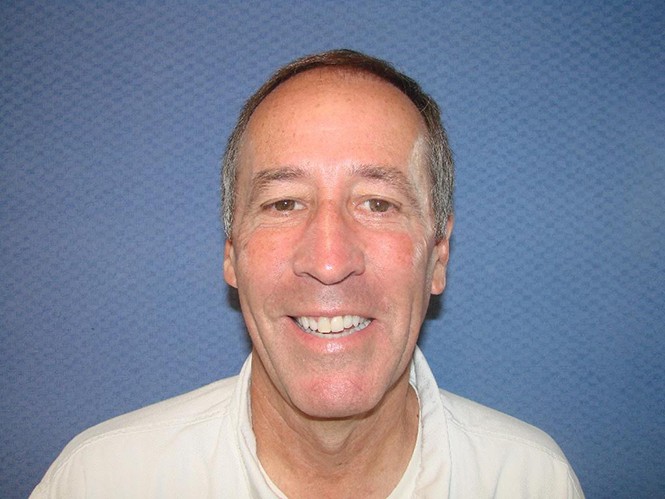 After Dennis Wynn was convicted of mail fraud in federal court in mid-2008, he packed a bag and drove himself to federal prison. His understanding was he would serve five years on effectively two separate sentences. The Utah Attorney General's Office had prosecuted him at the same time as the feds for a case involving securities fraud, which resulted in a sentence of one-to-15 years. The federal prosecutor, Wynn's then-defense attorney and the assistant attorney general staffing the Utah case had all agreed that Wynn would do five years in federal custody, while five years of the sentence imposed by a Utah district court judge would run concurrently, according to a court-filed 2014 affidavit.

But while Wynn was in federal prison, Utah put a "hold" on him, so that when he was released after 52 months, the state could take custody of him. Wynn wasn't worried when the feds cut him loose. He had already gone way over his sentencing guideline of 19 months, a series of recommendations designed by the Utah Sentencing Commission. He had paid $100,000 in restitution to six investors in the state case to whom he owed approximately $182,000. With a promise of work, a free place to stay and his record as a model inmate, he thought that his parole hearing would be a formality.

At that May 2, 2013, parole session, hearing officer Jan Nicol had other ideas. "It was a terrible experience," Wynn says in an interview at the Gunnison-based Central Utah prison.

Nicol told him he owed more than $780,000 to 20 investors, numbers Wynn was hearing for the first time. Later, he would find out the Attorney General's Office had sent his defense attorney the sharply revised restitution, only, he says, for his attorney not to show it to him. He adamantly disputes the revised figure. In addition, Wynn discovered he did not know five of the 20 alleged victims, and that one, he says, had been in his federal case, not the state one.

According to audio recordings City Weekly requested from the state Board of Pardons and Parole, Nicol acknowledged Wynn couldn't pay the restitution. "Short of some miracle or somebody else getting ripped off," she said, she had no idea how he would make good. She argued that him sending checks for $10 a month to his victims would be "an insult." She noted, "As a victim, perhaps it's more worth it just having you sit there." The board agreed with her, ordering that he stay in prison for the entirety of the 15-year sentence Utah had given him. However, if he could pay his restitution, then he could be a free man.

The board's Executive Director Greg Johnson says Wynn will leave prison on Aug. 24, 2023, "unless the board grants an earlier release." He can apply for a "redetermination of this decision" in 2020. "The board expressed a willingness to consider an earlier release if Mr. Wynn completes his case action plan and pays restitution." Wynn says he's completed the plan, which was to get a job—he's the librarian for his prison unit, for which he's paid $60 a month—but with no resources, he faces staying in prison until he's 68.

Wynn's story is far from unusual, advocates say. They point to a highly critical February 2016 audit conducted by the state that reads: "The board does not have a common sentencing or paroling policy (philosophy) to help guide their decisions and maintain consistency of sentence lengths for similar offenders." Molly Prince, co-founder of the Utah Prisoner Advocate Network, expresses deep frustration about what she sees as the arbitrariness of the board's sentencing policies. "There is nothing 'fair' about how the Board picks and chooses to impose their decisions," she writes in an email to City Weekly. "There is no uniformity."

In Utah, convicted defendants receive indeterminate sentencing: zero-to-five years for a third-degree felony, one-to-15 for a second-degree and five-to-life for a first. Sentencing guidelines are something that the board can choose to comply with or ignore. Wynn's was 19 months; he's now done 105 months. Much to the surprise of inmates and even their defense attorneys, once an individual goes from being a defendant to a inmate, the sentencing guidelines "become meaningless," the ACLU of Utah's spokesperson Anna Thomas says.

"We are very, very troubled at the extent of their discretion, especially when coupled with the lack of transparency," Thomas says. They've told the board, she continues, that "sometimes we fear that the main point of the sentencing guidelines is to give prisoners false hope about when they will be released."

Anecdotally, Thomas says, the ACLU is aware of three groups of inmates where the board tends to go above the sentencing guidelines: sex offenders, women who have hurt or killed children and white-collar criminals. In some cases, as with Wynn, the board orders that they do the entire sentence.

Thomas says the board picks and chooses "the milestones for 'early release.'" Sex offenders found themselves trapped in prison because they couldn't complete a program that an audit showed was "riddled with problems," she says. "For other prisoners, I have heard that an appropriate level of guilt, regret or remorse is the vaguely define milestone for 'early release.'"

According to information City Weekly requested from the prison and the board, out of 25 inmates with securities fraud as their primary charge, four including Wynn have been ordered by the board to serve their entire sentence. The other three are Larry Bosh (release date 2029), Nghia Cano (2035) and Ronald Udy (2026).

Johnson says the board does not make inmates serve their entire sentence simply because they can't pay restitution. Seven inmates out of the 25 have been granted parole or early termination of their sentence, he notes. The board's decision as to an inmate's sentence and whether he or she does the full time is based on various "aggravating factors," he says, such as victim impact, criminal history and other issues, while positive changes, such as completing programs that "reduce their risk, pay restitution and other pro-social efforts at rehabilitation" can lead to cuts in time served.

But not for Wynn, despite his contributions to a rehabilitation program. UPAN's Prince writes in an email that he developed a program called A REAL Transition that has been authorized by the prison to be used at Gunnison and Promontory. Ironically, given Wynn's situation, it helps inmates prepare for transition back into the world post-release. It's staffed by volunteers with the LDS church, prison spokesperson Maria Peterson says. "The program was originally the idea of volunteers, but Wynn and a few other inmates were instrumental in putting together the structure."

Both UPAN and ACLU of Utah have been in discussions with board director Johnson about it being brought into compliance with the audit's findings. Thomas says they are working with the board "to adopt a structured decision-making tool" akin to recommendations in the 2016 audit, as well as improving the information flow to inmates about board decisions.

Wynn wants his day before the parole board so he can tell them about REAL. He isn't afraid of the board, which can only keep him until the end of his 15-year sentence. That makes him luckier than inmates with first-degree felonies, where "the 'cap' at the top of the sentence is life," Thomas writes. "Basically, the board can watch those individuals die in prison if they aren't able to satisfy some vague requirements for 'remorse' or completion of a particular program."