A Sound of the Times 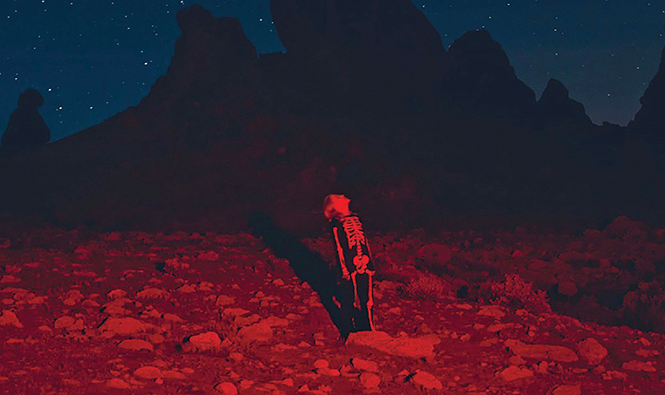 It may be premature to pinpoint 2020 as one of the most historically unrestful years since the famously chaotic 1968, but that's certainly what it feels like. Like then, the U.S.A. has been rocking with protest and riots, and on top of it all—though our politicians seem intent on forgetting—we're still in the middle of a global pandemic. Climate change is still real, and the election year looks like it'll keep being a doozy. Things seem to be spinning out of control more than they're getting calmer, and musicians have been soundtracking the moment, as artists are wont to do.

Phoebe Bridgers, Punisher: There's no feeling millennials know better than the malaise that comes from knowing the world we were promised is ending in different ways all around us. Phoebe Bridgers, at just 25 years old, gets this, and wrote an album about basically that feeling, releasing it during the most tumultuous time of the year so far. Originally booked for a June 19 release, Bridgers released it a day early to avoid taking attention away from Juneteenth. Unlike many of her peers, she seems to make music slowly, a practice at odds with a world where songs move as fast as memes online, and often become memes themselves, too. That could make it even sadder if this release, like so many releases, were at risk of being swallowed up within the hurricane of the news cycle. Instead, it feels significant, and some have been calling her our (rightfully angstier than the latchkeys) generation's Elliott Smith because of how she takes dread and spins it into webs of atmospheric beauty, wandering deftly between Americana and folk as much as she does soft pop. That, and the closing track "I Know the End"— which builds with a string section and a chorus that recalls dramatic mid-aughts indie—as it tilts into a depiction of the fucked world as it passes by a tour van window, and a declaration that it's fine if the end is here—the drive goes on. As Phoebe Bridgers spells it out, our proximity to the end isn't anything we're not all used to already. Stream it wherever you stream, or buy it on Bandcamp.

Charli XCX, how i'm feeling now: Although this May release feels like it came out approximately a decade ago given how rapidly time is moving right now, it's showing up here again for two reasons. First, it's already being called the album of the pandemic, and before Civil Rights Movement Pt. 2 took center stage, it was being called the album of 2020. Second, to honor our wonderful leaders, from the president himself to our own ineffectual Gov. Herbert, who are all but guaranteeing that a lockdown round two is bound for a town near you. So, if Charli's mind-blowing album didn't sink its "claws" (the title of one of the singles) into you the first time around, there's no doubt you'll have a chance to relate to its themes upon subsequent re-listens. Made at breakneck speed in just six weeks, the album stacks up easily against the rest of her work, while plunging into altogether more sensual, earnest and romantic themes inspired by her quarantine with her longtime on-and-off partner. There's also an enduringly compelling undertone to bangers like "anthems," "c2.0" and "pink diamond," which are party songs ultimately about missing one's friends, going hard and longing to do it all again. Charli's wish in "anthems"—that "finally when it's over, we might be even closer"—hasn't come true yet, unless you count people finding camaraderie and community after long quarantines while out at protests. Stream it wherever you stream your tunes, or buy it on iTunes.

Nnamdi, Black Plight and "Impatient": Speaking of making music fast, Chicago-based experimentalist Nnamdi beat Charli XCX's album for speed with the EP Black Plight, which he began recording on June 1, releasing it just four days later on June 5, and dropping the single "Impatient" in the meantime on June 3. Nnamdi—whose music usually swings in the glitchy, dreamy, electro-twee direction—cuts no corners on these new releases, swapping his quirky synths for crunching guitar parts and blunt, cutting lyrics. On "My Life," he asks "Macy's or Human Life? Cop car or Human Life? Rolex or Human Life?" in response to the pearl clutching about Targets getting looted in response to police killing George Floyd in Minneapolis. On "Rage"—the sentiment that seems to have brought out this edgy, hardcore turn in the artist—he delivers a cool and clipped, "Fuck 12" amid late '90s post-punk slashes. The final track, "Heartless," is as punk rock as it gets, as he opens by quoting artist Jenny Holzer's iconic line, "Abuse of power comes as no surprise." Fans of his 2020 album BRAT might enjoy the separate single "Impatient," which details the exhausting process of hustling as an artist of color, but within the similarly kooky rhythms and tones that are more stylistically normal for him. But Black Plight is really something, and whether outside or within its context, holds up as one of the realest pieces of true punk music released this year. Find it exclusively on Bandcamp for now, and definitely purchase after streaming.