A Spoonful of Splenda 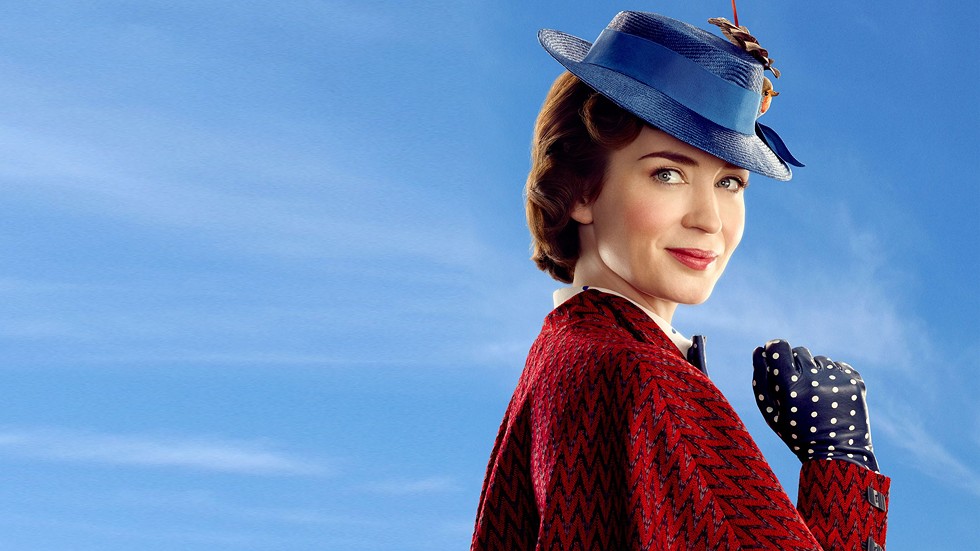 For several years already, and for what seems to be the foreseeable future, Disney has faced impossible choices based on an artistically moribund but clearly lucrative approach to its new movies. Scavenging every possible corner of its beloved cinematic history, the Mouse House keeps offering revised takes on old favorites—Alice in Wonderland, The Jungle Book, Cinderella, Beauty and the Beast, etc.—with only one real decision facing each new offering: Do you spin the familiar source material in an entirely new direction or do you just offer the same thing again, and count on nostalgia to do the heavy lifting?

Unlike some of those other examples, Mary Poppins Returns is a sequel, rather than a remake. It recasts every significant role and tries to tell a somewhat different story. But at the core of director Rob Marshall's film is an attempt to recapture the magic of 1964's Mary Poppins—which was practically perfect in every way—by duplicating nearly every one of the original's narrative and musical beats. Whatever Mary Poppins Returns achieves on its own merits, it's almost always reminding you of the movie you're not watching, which doesn't do it any favors.

The story picks up somewhere in the neighborhood of 25 years after the events of Mary Poppins in 1930s London, with a widowed Michael Banks (Ben Whishaw) still living with his three children in the house at 17 Cherry Tree Lane. But the emotional strain of dealing with the loss of his wife has led Michael to forget to pay the mortgage he took out to pay for medical bills, and the bank is ready to repossess the house in a week. Michael's sister Jane (Emily Mortimer) tries to help, but what the Bankses really need is a return from their old nanny Mary Poppins (Emily Blunt), who comes back on the tail of a kite to provide just the boost everyone needs.

It's easy to forget that the central character arc of Mary Poppins—the children's uptight workaholic father learning to chill out and pay some attention to his kids—has virtually nothing to do with the majority of the film's memorable musical set pieces. While Mary Poppins Returns devotes slightly more time to the grieving Michael, including his sad "A Conversation" song to his late wife, the same dynamic is more or less true here. When your primary goal is providing fanciful musical entertainment, it's wise not to get bogged down in the problems of a bummed-out, near-destitute widower.

And Mary Poppins Returns does offer plenty of fanciful musical entertainment, with songs provided by the Hairspray team of composer Marc Shaiman and lyricist Scott Wittman. There was no way the songs could match the Sherman brothers' remarkable Mary Poppins songbook—for my money, the single greatest top-to-bottom collection of tunes ever penned for a movie musical—even if a couple of them are perfectly hummable. The real problem is how hard the songs, and the segments in which they appear, try to duplicate specific sequences from Poppins '64. So the playful "Spoonful of Sugar" becomes the playful "Imagine That"; the visit to a world of animated characters that included "Jolly Holiday" turns into a visit to a world of animated characters that includes "The Cover Is Not the Book"; the elaborate choreographed production number "Step in Time" with chimney sweep Bert becomes the elaborate choreographed production number "Trip a Little Light Fantastic" with lamplighter Jack (Lin-Manuel Miranda), including BMX bike tricks for some reason. At every turn, you get filmmakers telling you, in effect, "Mary Poppins was awesome; here's everything that made it awesome, only not as good, and a lot faster since we're worried kids don't have the attention span."

One of those awesome things was, of course, Julie Andrews' iconic performance, and it's a testament to how delightful Blunt is that she manages to evoke all of the magical nanny's familiar qualities—a mix of no-nonsense edge and effortless charm—while making the character her own. Indeed, the cast is uniformly appealing, making it relatively easy to enjoy the time spent in their company. Mary Poppins Returns is simply a synthetic experience more akin to a karaoke night than a movie. Like an artificial sweetener, it might do the trick in a pinch, but it mostly leaves you with an aftertaste that makes you wish you were enjoying the real thing.