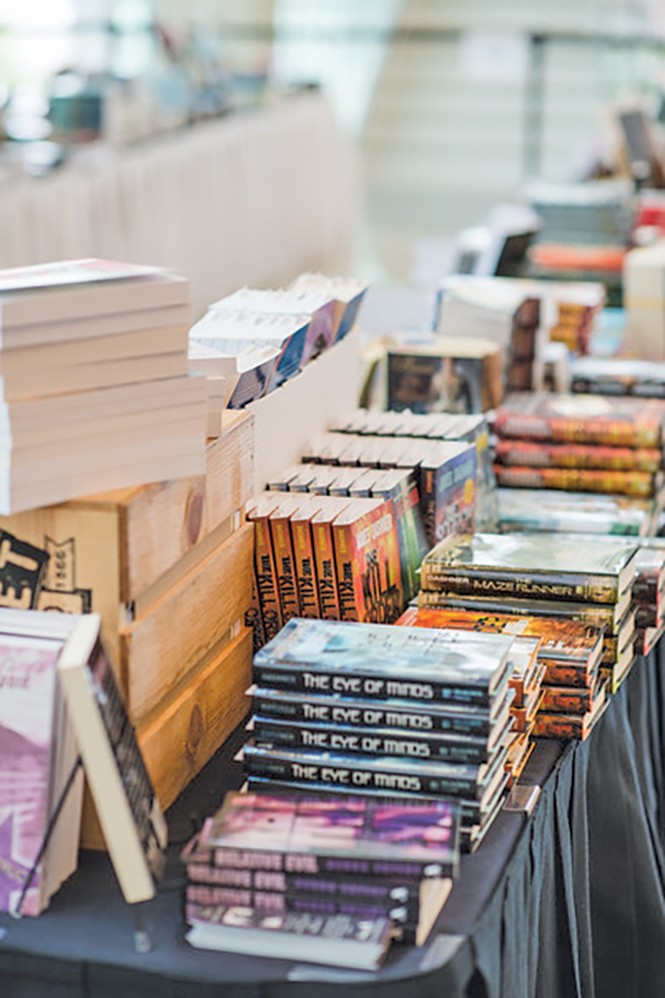 Just about everybody, at some point in life, aspires to one day writing a book—but few ever make that dream a reality. If you've got a story to tell and you don't know where to start, you might want to check out LDStorymakers, an annual writing conference held in Provo. The next conference is scheduled for May 6-7.

LDStorymakers was originally founded by a group of Mormon writers more than 10 years ago, but the conference is not limited to LDS Church members. Conference organizers pride themselves on creating a community that feels like a family. "Our slogan this year has been, 'Welcome to the Tribe,'" wrote Jenny Proctor via email. Proctor is the 2016 Chair of LDStorymakers and a published romance author. She explains that the conference is a spectacular opportunity for writers to meet other people who understand their goals.

"It's for writers who are ready to get serious about perfecting their craft and learn about the publishing model that's right for them," Proctor explains. "It's for established writers that are already published who love networking and learning from other authors and seeking inspiration that will propel them forward in their careers."

Storymakers is one of the most inexpensive writing conferences in the country, yet consistently has a high caliber of visiting editors, agents and instructors. The attendees of the 2016 conference will hear a speech from best-selling author Brandon Sanderson, a keynote address from Dr. Chris Crowe, and have a chance to pitch nationally renowned literary agents, editors from local publishers, and an editor with Disney Hyperion. And in addition to all that, there are 98 classes on the craft of writing by established authors like James Dashner, Sarah Eden, J. Scott Savage, Janette Rallison and more.

Proctor cannot sing the praises of Storymakers loud enough. "There are so many success stories that come out of the conference and that is thrilling to see," Proctor writes in an email interview. "There are so many writers that find their agent or meet their publisher, or get just the feedback they need to propel their story to the [next] level. ... More than that, though, this is a conference where people come to feel nourished and uplifted and encouraged and inspired. You can't put a price on that."

Author Julie Peterson Wright found her literary agent at LDStorymakers. "I am so grateful for the opportunities, learning and growth LDStorymakers has given me," Crowe said in an email interview. "I love my agent and love LDStorymakers!"

Allison Merrill also ultimately signed with an agent that she found through LDStorymakers. "[The conference] opens the door to success," Merrill writes. "It brings solace to my soul and assures me that writing doesn't have to be a journey of solitude." And many other writers who have attended LDStorymakers also have success stories.

But even if you're a writing newbie, don't be intimidated—the organizers of Storymakerslove beginners, too, and have plenty of classes targeted at those who are just starting out. "If you've never written a novel but really want to, Storymakers is a great way to find out if you've got what it takes," Proctor says.