Abandoned
Brittany Murphy’s final role, direct-to-DVD: A woman (Murphy) brings her boyfriend (Dean Cain) to the hospital, then freaks out when he disappears—but did he ever really exist? Is it a conspiracy? Is she crazy? Dean Cain? (Anchor Bay) 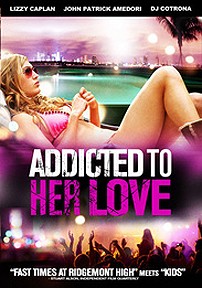 Addicted to Her Love
At a high school party, a geek loser meets the popular party girl (Lizzy Caplan), who learns he works at a pharmacy and seduces him into supplying her and her friends with drugs. Uh, Lizzy Caplan as a high schooler? You’re on drugs. (Koch)

The Back-Up Plan
A lonely woman (Jennifer Lopez) gives up on dating and has herself artificially inseminated—and then meets The Man of Her Dreams (Alex O’Loughlin). Wacky pregnancy and romantic comedy clichés ensue. Still less pathetic than Jennifer Aniston. (CBS Films)

Titanic II
On the 100th anniversary of the original’s voyage, a luxury liner dubbed Titanic II (yes, really) sets sail. Then, lo and behold, it runs into both a tsunami and an iceberg! Who the fuck saw that coming? Co-starring Brooke Burns as Actress In Wet Shirt. (The Asylum)