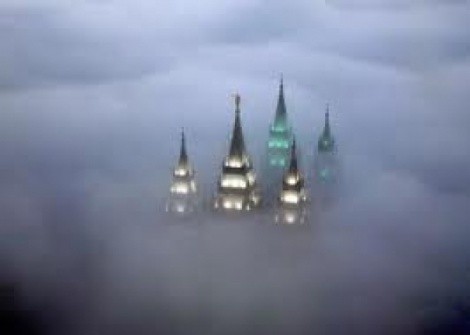 Quality Is a Loose Term
So breathable air is negotiable, huh? How else can you explain a 5-4 vote by the Utah Air Quality Board to allow Rio Tinto’s Kennecott Utah Copper to expand operations and yes, spew more dust into an already polluted environment? In fact, Forbes magazine called Salt Lake City one of the ninth most toxic metropolitan areas in the nation. Board member Robert Paine summed up the opposition: “What I worry about is that everybody will put enormous energy into this, and we will end up adjudicating it forever.” Meanwhile, the EPA, which is considering stricter rules, is none too happy with the Utah Department of Environmental Quality. But what’s new? EPA is a federal agency, and Utah doesn’t like the feds or anyone who threatens big business.

The Daily Gloat
The Salt Lake Tribune pumped up its muscles recently, intoning a 9.8 percent upsurge in readership—print and digital. And then it compared itself with other newspapers—The Wall Street Journal, The New York Times, USA Today and the Deseret News—as though any of those except the D-News is comparable. But gloating is fun, especially when it shows the D-News going down. It’s a good thing that the Trib, according to the Audit Bureau of Circulations, is in the top 25 papers that publish online editions. The print edition of the Trib and the Deseret News give regular jolts to readers with wraparound ads that put real news under the ad itself. This is a major no-no in newspaper layout, but if all you care about is money and your online edition, well, go for it.

Choice Is Radical
Oh, you Republicans! No guts, no glory. Much like the oft-maligned instant-runoff voting idea, “choice voting” didn’t exactly have legs in Utah, either. Choice voting purports to make redistricting an easier—and fairer—task by electing representatives from multi-seat districts proportionally by votes. “Choice voting also assures that political parties or candidates will gain the percentage of legislative seats that reflects their public support,” says FairVote.org, which explains this and other glorious, if outlandish, ideas. But in the most recent redistricting-committee meeting, the best it could do was gain the four Democratic votes and an atta-boy from co-chairman Rep. Ken Sumsion, who thinks it’s “a bit radical” for now.