Album Reviews:
John Moreland — LP5 (released Feb. 7, 2020)
Tulsa, Okla.-based singer-songwriter John Moreland was a hardcore songster and club bouncer before he discovered Tom Petty and realized he wanted to write capital-S songs. After three albums of gravelly, heartbroken folk, it seemed like with his last album, Big Bad Luv (2017), he was planning to morph into a Springsteen-esque black-and-blue rock 'n' roll outfit. Now, with LP5, he's settled into dreamy, MIDI-kissed Americana. The change in direction seems to confirm that, for Moreland, the greatest sin would be to do too much. Although he has incredible instincts for delivering emotional punches, he has a surprising tendency to pull back before he exhibits excess. What's more, he continues to write music that's so introspective that it could start to feel claustrophobic: Write what you know, yes, but is all you know ... you? What LP5 shows, in glorious form, is that not all struggle requires resolution. Moreland is perfectly self-aware when he croons, "Boy, you can't reach salvation from your rocking chair." For any artist, struggle, even when it's ongoing, is a success. And rather than slip into navel-gazing, Moreland transforms his introspections into cosmic questions—lyrically and sonically. On "Terrestrial," a slick backbeat shuffle lays the foundation for a rubbery moon-boot synth that lights up mountains beneath constellated Midwestern skies—background to Moreland's ex-evangelical guilt complexes. Even if he's sometimes tediously careful, the delivery is potent. Moreland's tough-but-sympathetic, vulnerable-but-not-pathetic delivery, will no doubt win over the punk-goes-folk (not folk-punk) crowd. For day-dreamers and late-night drivers, the cosmic arrangements and plain-spoken big truths will hit hard. (Alex Murphy)

Real Estate — The Main Thing (released Feb. 28, 2020)
Sometimes, a band with the most inauspicious handle creates the most memorable music. That was proven when even a quartet named after a variation on a bug—Beatles versus Beetles—turned the world on its collective ear. So it shouldn't be surprising that a group which refers to itself as Real Estate has, over the past 10 years, produced a sound that created the foundation for a sturdy music career. With their latest album, simply titled The Main Thing, the band offers another opportunity to invest in its stellar sound. Coming out of Ridgewood, NJ, the band—currently consisting of Martin Courtney IV (vocals, guitar), Alex Bleeker (bass, vocals), Jackson Pollis (drums), Matt Kallman (keyboards) and Julian Lynch (guitar)—procures a style that's firmly rooted in pop precepts. Here again, Real Estate's penchant for jangly melodies, effusive harmonies, catchy hooks and cascading choruses provides an enduring constant. Songs like the title track, "Friday, "You," "November" and "Sting" shimmer and shine with a radiant sheen, while maintaining the tempo's fluidity and flow. At least one of the tracks, "Paper Cut," adds a sparkle from some strings, bringing to mind a tack ABBA once used when luring its listeners to the dance floor. The Main Thing put emphasis on affability, accessibility and illumination, which makes it an exercise in pure, unbridled exuberance. Given a world where distraction and distress bombards us daily, consider it a most welcome respite. (Lee Zimmerman)

UPCOMING SHOWS:
Urban Lounge
While initially the Urban Lounge, along with all other S&S owned venues, took the precaution of putting off every show until the end of March, that's now been extended to at least May 11. While there are many reasons to feel this virus is going to linger for a while, this is one unpleasant reality check for anyone who was hoping to get back out to shows soon (not to mention the performers, bookers and the rest of the behind-the-scenes staff that make it all happen). But here's to being thankful for a venue that recognizes the severity of a unique moment in history, and their own ability to make sure artists, employees and show-goers stay home where it's safe. Keeping in mind that everything is subject to change at this point, here are some shows to look forward to after that current shutdown, when things hopefully are back to normal.

TUESDAY 5/12
Oshun, Marqueza
The smoldering hip-hop and soul project of the duo Oshun will be joined by local Marqueza, with their well-matched affinity for electronic neo-soul.
8 p.m., $15, 21+

FRIDAY 5/15
MewithoutYou
The experimental art rock pioneers who founded whole sounds in the early mid-aughts, MewithoutYou is a seminal act not to miss.
8 p.m., $22, 21+ 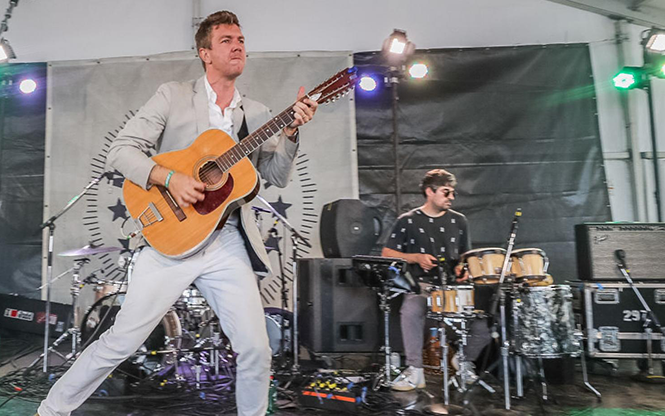 SATURDAY 5/16
Hamilton Leithauser, Anna St. Louis
Fans of Leithauser or The Walkmen or both will do well to catch this set, which includes support by up a rather new up-and-comer in the down-to-earth indie world, Anna St. Louis.
8 p.m., $20, 21+

WEDNESDAY 5/20
Surfer Blood, Winter, Corner Case
One of the hookiest, catchiest indie acts to come out of the past decade, Surfer Blood will ride in on the back of a 10-year anniversary reissue of their first album, Astro Coast, and with a new one out Friday, May 1. Infectious pop by Winter and charmed-out post-punk by Corner Case support.
7 p.m., $15, 21+

SUNDAY 5/24
AL1CE, Solid State Soul
This multi-media art performance is not just music, but also features dance and visual art (although the music is worth it on its own). Industrial club hit expert Solid State Soul joins.
8 p.m., $10, 21+

SATURDAY 5/ 30
Eve 6 Horrorscope 20th Anniversary Tour
At the new millenium, amped up alt-rock outfit Eve 6 released a mash-up of a worn-in '90s sound with an industrial pop bent with Horrorscope. Take a blast to the past at their anniversary show.
8 p.m., $27, 21+

SUNDAY 5/31
Supersuckers / Scott Biram
Rocking and rolling and totally dude-rockers Supersuckers are a more rollicking group than usually hits the Urban Lounge, so don't miss out on them or the punkish, old-school country strummer Scott Biram.
7 p.m., $16, 21+

The Commonwealth Room
Along with its sister venue The State Room, The Commonwealth Room has closed its doors until further notice. While management had initially said they would be closed though mid-April, the date has not been pushed till at least May 2. As of press time, their planned May dates stand. Like many other venues in the same boat, The State Room has the option to purchase gift cards on their homepage, thestateroompresents.com, which you can use to purchase tickets to future shows. 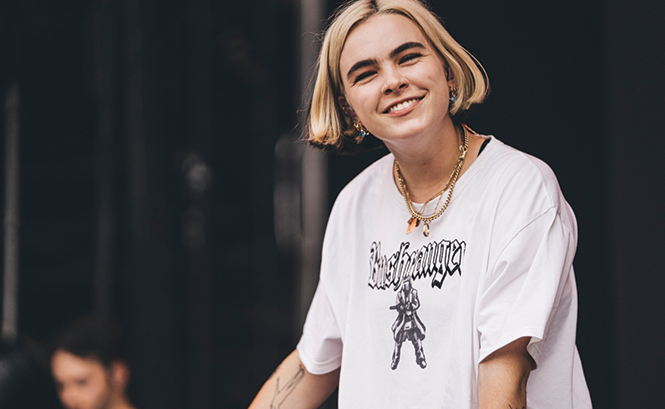 FRIDAY 5/1
Benee, Remi Wolf
A New Zealand-based indie pop star on the rise, Benee will bring her easy-going bops to SLC with the zip and zeal of opener Remi Wolf—and all her attitude.
7 p.m., $25.77, 21+

SUNDAY 5/3
Rising Appalachia
The innovative Southern-roots duo made up of a pair of sisters will be arriving to shake us out of any melancholy.
7 p.m., $28-$82, 21+

THURSDAY 5/21
David Crosby & The Sky Trails Band
This is a tricky one—in a recent interview with GQ, Crosby lamented the likelihood of this tour getting canceled, losing his income and losing his home. That's right folks, the co-founder of the goddamn Byrds could lose his home over this. Go to this show if it happens, and buy his merch in the meantime.
8 p.m., $74-$615, 21+


With shifting schedules still, well, shifting, be sure to buy artist merch and music during the interim if you can. The extra love will help support these artists in case newly rescheduled tours get canceled or postponed.