Guest stars like Chuck D, Chickenfoot, T-Pain, Insane Clown Posse and more drop in as the ATHF series hits 10 years and 100 episodes. I can almost guarantee that no one thought they’d be typing that sentence back in 2000. (Adult Swim)

As seen on Showtime: Shannon Elizabeth (American Pie) hosts this variety series featuring stand-up comics and strippers … uh, burlesque dancers? Oh, so there’s no nudity—which could be a first for Showtime. Or Elizabeth. (Showtime) 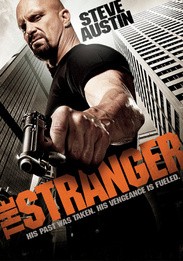 Wild Things: Foursome
This must mean that there have now been three (!) previous movies in the Wild Things ouvre. Huh. Anyway, Foursome has speedboats, boobs, murder, intrigue and more boobs, which is more than you can say for Live Nude Comedy. (Sony)