A Cure for Wellness brings operatic craziness sure to irritate audiences. 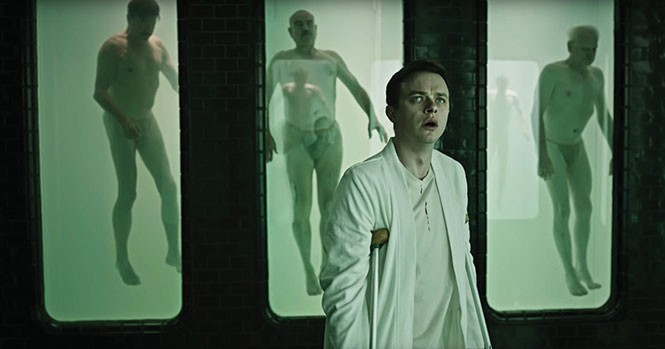 There's a temptation, for those who write about movies for a living, to anticipate the commercial prospects of movies before they are released. This is usually a fool's errand; anyone who believes they know exactly what will be a hit and what will be a flop should be in a far more lucrative career than film criticism. Nevertheless, occasionally it's hard to resist reaching the end of a movie and immediately applying years of experience to predicting a general audience's reaction. Such was the case with A Cure for Wellness, and my prediction went something like this: "People are going to hate this movie."

It's important to emphasize the distinction between such a prediction and my own feelings about the film. Indeed, a whole lot of what makes it occasionally fascinating—or, at the very least, lurid fun—is exactly what seems like the result of a computer program designed to create something that will earn a C- CinemaScore. But A Cure for Wellness is also frustrating in part of what it promises, yet doesn't deliver. If you're going to make a freaky, bizarre amalgam of allegory, morality play and body horror, it's best to let people know in advance that's exactly what they're in for.

Not that the opening minutes don't make it clear that something sinister is going on. From a prologue set amid forbidding skyscrapers set against slate-grey skies, the story transitions to a financial services company whiz-kid named Lockhart (Dane DeHaan) who may have cut a few regulatory corners to seal his latest deal. His bosses use that slip-up to blackmail him into a strange assignment: retrieving the company's CEO, Pembroke (Harry Groener), from the exclusive Swiss spa from which he has sent a message, claiming that he intends never to return. When Lockhart arrives at the "wellness center" run by Dr. Vollmer (Jason Isaacs), he finds an almost cult-like atmosphere, along with a creepy history of the castle location.

Creepiness is a vibe director Gore Verbinski can manage well—he directed the first American iteration of The Ring—and he sets the stage with a handful of arresting shots, like an empty room full of glowing computer terminals, and an image playing off the mirrored surface of a European train. The production design is a top-to-bottom delight in A Cure for Wellness, employing ominous hospital corridors and steampunk-y isolation tanks for a sense of dilapidated menace, populated by patrons and staff members all dressed in crisp institutional white. There's almost never a moment when the images on screen aren't fascinating to look at.

Eventually, however, there's the not-inconsequential matter of what A Cure for Wellness is ultimately about, and that's where things get messy. Initially, it promises to use its solve-the-mystery structure to explore the contemporary "disease" of power-mad careerism, given a touch of David Fincher's The Game via Lockhart's history of following in the footsteps of his suicidal father. Will Vollmer turn out to be the villain of this story, or its hero, addressing the existential black-hole in the lives of his wealthy clientele? How does this remote, no-cell-phone-service mountain hideaway fit into a world of perpetual faces-staring-at-screens anxiety?

It's no spoiler to state that A Cure for Wellness turns out to be considerably more complicated than all of that, including the identity of the mysterious, childlike young woman named Hannah (Mia Goth) who stares down from the castle walls and hums unsettling tunes. "Overly complicated" seems to be an approach Verbinski finds hard to avoid, as this movie joins the Pirates of the Caribbean sequels and The Lone Ranger as sprawling stories that laugh in the face of narrative efficiency. The mythology gets more complicated by the minute, until the resolution begins to test the limits of when a viewer will say, "No, seriously, that's where you were going with this?"

And that's not even touching on all the unpleasant places Verbinski and screenwriter Justin Haythe go in the second half: dental torture, forced ingestion of disgusting substances, rape, incest and generally the kind of material average viewers are unlikely to applaud. A Cure for Wellness might have slipped a lesson about modern life into its sinister setting, but instead opts for bloated, operatic Grand Guignol. There's never a dull moment on the way to ticket-buyers scurrying unhappily toward the exits.

A CURE FOR WELLNESS