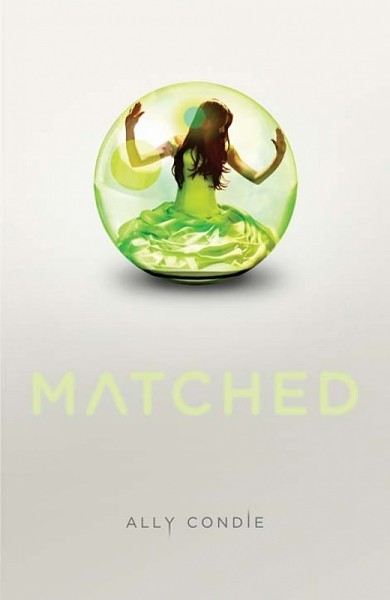 It’s true that Utah author Ally Condie’s Matched is nominally science-fiction, and that it touches on some of the dystopian themes so prevalent in popular young-adult fiction of the moment. But focusing on the genre to which it might belong doesn’t do justice to this rich and terrifically engaging coming-of-age story.

In an unspecified near future, 17-year-old Cassia is preparing for the ceremony wherein The Society—which controls everything from distributing your meals to dictating your occupation—will identify the boy with whom she will be matched in marriage. Initially, she’s thrilled that she’s improbably matched with Xander, who has been her best friend and closest companion since childhood. But then, another face momentarily appears when she’s looking at electronic match documents—another face she recognizes. And the prospect of a future that hasn’t been defined for her in advance leads Cassia into unexpected places.

Condie revisits ideas that have energized many tales of “perfect” societies, from Brave New World and The Giver to Logan’s Run and The Handmaid’s Tale, exploring what we surrender when we allow our leaders to protect us from everything. Yet she does so while crafting a terrific character study of a girl attempting to define her own life as she becomes a woman. The result combines the best of science-fiction with suspense and a resonant, complex romantic triangle. The story may already have been optioned for a movie, but you’ll want to read Matched for the writing that makes that story soar.