Always Look Upon the Bright Side of Life

If these beers were clean sheets, you'd never get out of bed. 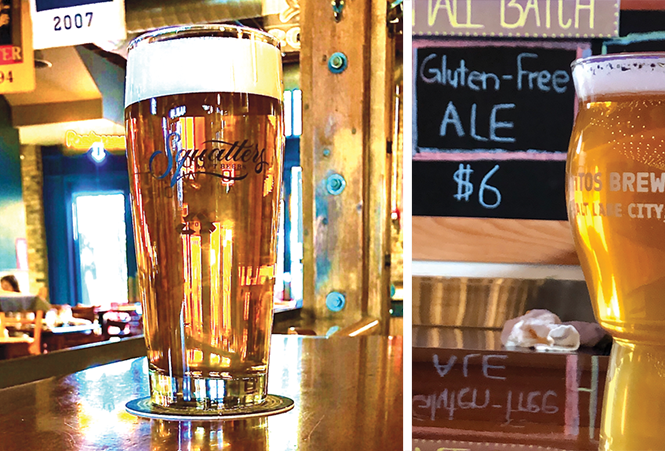 Subtle is the name of the game this week. When you just can't decide on what will hit the spot, sometimes a feather is a better tool than a hammer. These beers are light in body but not in flavor, the perfect complement to beer boys and girls who are just trying to get through this crazy year.

Kiitos Gluten-Free Ale: The beer pours a light coppery color, kind of like a new penny. It's mostly clear, minus some chill haze, with an off-white thin head that fades to a ring. After a while it starts to fade, but while doing so during the drink, it leaves a little bit of lacing. The aroma is light but pleasant overall, with classic floral west coast hops, a bit of caramel malt sweetness and the tiniest aroma of citrus. It's quite nice.

This 5.0 percent beer is basically an American pale ale. It starts off moderately bitter with a hop bite, and as it moves across the tongue, the malt sweetness comes through while the citrusy, hoppy flavor stays along for the ride. The finish is a little dry with a mostly floral snap and a hint of white pepper—nicely balanced. As for mouthfeel and body ... well, the body is a little light. If you put it side by side with your average APA you'd think it was a little watery. It is, however, mildly sweet, balanced with hops, and is a great alternative for those who can't drink barley-based beers.

Overall: I'd say that this is one of the better gluten-free beers that I've had. That said, your definition of a gluten-free beer may be different from your neighbor's definition, so make an educated decision for your situation. This beer was made with brown rice and sorghum for the bulk of the fermentable sugars, while the color and flavor come from red crystal millet, so the gluten level is below 10 ppm.

Squatters Nitro Cream Ale: Normally I focus on the newer stuff in the market, but I came across Squatters Cream Ale after a long hiatus, and just couldn't resist. It was on the nitro tap and it just looked so appealing. It has brilliant gold color, and I must say it's nice to see a perfectly clear beer for a change. The foam is a sturdy nitro cap that lasts for days. The nose is very light and crisp; a certain citrusy zest is present, along with a slightly grainy/wheaty (a little toasty) scent.

The palate is pretty light and refreshing—a very straightforward and clean drinking beer featuring a nice citrusy zest (orange and flowers) with a solid wheaty and grainy balance coming in from the back. It's not overly complicated, but very solid and simple. As it warms in the glass, there is a light and sweet maltiness that starts to form in the back, but then I realize that I have finished my glass. The light nitro conditioning that is just right, provides a creamy and foamy mouthfeel that goes down very easily with a clean finish.

Overall: I could drink this all day. It's light with virtually no weight at all to it—solid and crisp/clean flavors and feeling plus a very moderate 5.0 percent ABV provide all of the makings of a great sessionable beer.

Squatters Nitro Cream is a seasonal and is currently being poured at Squatters' downtown brewpub. The Kiitos Gluten-Free ale is only on draft at Kiitos for a limited time. If you have a celiac sufferer in your pod, steer them this way if they're also craving a tasty, locally-made gluten-free beer. As always, cheers!