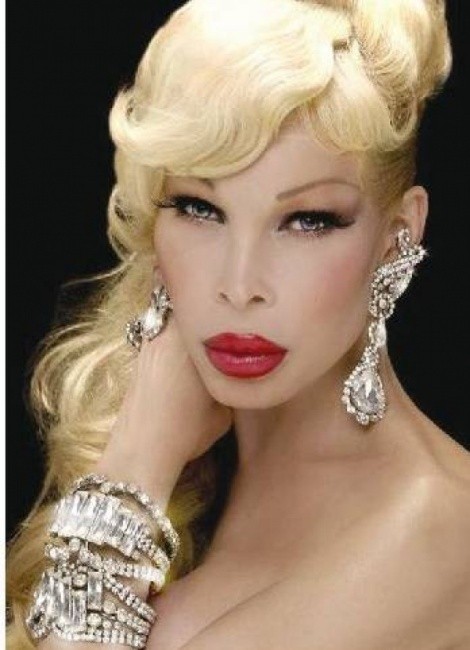 How would you react if your preteen informed you that he or she had been born in the wrong body? Once your head stopped spinning, would you opt for therapy to squash those feelings or would you try to understand? Statistics prove one can lead to a 50 percent chance in suicide, while the other can dramatically increase success both mentally and physically.

On April 18, someone who successfully dealt with her gender challenges will be gracing us with her talents at the nightclub Bliss for their Saturday night party, Babylon. She is Amanda Lepore, the most famous (and most beautiful) transsexual in the world. The Lady Lepore’s transition to female was completed by the age of 17, but she has since undergone 11 plastic surgeries, from silicone enhancement to rib removal, becoming 50 percent art project and 100 percent woman.

Since flying onto the infamous New York City “club kid” scene in the early ’90s, Lepore has remained an iconic staple in this ever-evolving and oh-so-fickle set. Mostly known for being the consummate nightlife hostess, her résumé touts other fashionable forays, including being a muse for photographer David LaChapelle, and landing advertising campaigns for Armani, M.A.C. (cosmetics) and Swatch, to name a few. Googling this beauty provides hours of entertainment.

Come see Ms. Lepore in person, where she’ll twirl us all with her club megahit repertoire of songs such as “Champagne” and “My Hair Looks Fierce.” Both fascinating and mesmerizing, you’ll be ripped from your norm to the land Trantastic.