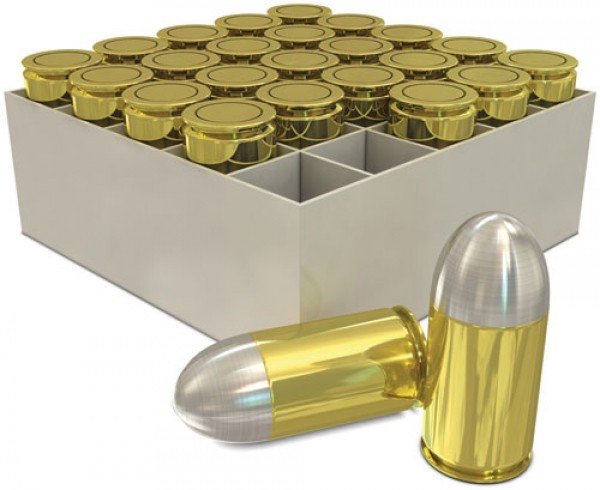 Booming sales of firearms and ammunition across the nation in 2013 has translated to big bucks for Utah’s Department of Wildlife Resources, which has watched one stream of federal funding it receives more than double in size during the past two years.

The growing fund comes from an 11 percent federal excise tax on sales of firearms and ammunition. It has been known to fluctuate, shrinking when weapons sales are down and climbing when sales are up—as they were throughout last year.

Although few prohibitive gun-control measures actually took hold in 2013, the mere talk of stricter gun controls in the wake of the December 2012 shooting in Newtown, Conn., spurred weapons consumers to buy up stocks of ammunition, which translates to big bucks going toward the federal tax.

After settling at $6.6 million in 2012, Utah’s share of the fund jumped to $9.4 million in 2013 and is projected to hit $14 million in 2014. State lawmakers expressed their surprise with the fund during the DWR’s appearance in January before an appropriations committee.

The DWR uses the money to conduct wildlife studies, undertake restoration projects and improve shooting ranges. In recent years, $22,174 was spent on a bear DNA study and $11,350 on a deer mortality study. Michael Canning, assistant director of the DWR, says the funds, which were established as part of the Pittman-Robertson Act of 1937, lapse after two years and must be spent on wildlife-management projects.

Canning says it can be tempting to fund ambitious projects that might require future spending, but since the funding source is fickle, the trick is to use it on projects that won’t sap valuable resources in the future if funding drops.

“We’re trying to find some one-time projects we could use these dollars on that wouldn’t entail a lot of long-term costs to us,” he says.

Local ammunition retailers and manufacturers have also felt the bittersweet effects of the buying frenzy.
Barnes Bullets, in Mona, Utah, has had difficulty keeping up with demand for its high-end copper bullets.

Barnes’ marketing and product manager, Jessica Brooks-Stevens, says the strain at her company could be tied to a number of factors, including the company’s relatively new presence in the market (it began manufacturing new ammunition, as opposed to ammunition-refill equipment, in 2010) and the rising tides of gun ownership in the nation.

“Gun owners are concerned about legislation,” she says. “I do believe that has fueled much of the ammunition purchases.”

Brooks-Stevens says this run on ammunition, though keeping Barnes busy, can be frustrating. She says it’s been difficult to stock even rare calibers of ammunition. Once the popular ammo was bought up, consumers moved on to whatever else was available.

“I think people had a hard time getting firearms, so then they just started stocking up on ammunition for anything they had at home,” she says.

Barnes usually is able to bolster its stocks for hunting season, but when that time rolled around last year, its supplies were picked over.

Handgun ammunition has been especially popular, Brooks-Stevens says. “The number of handguns that they’re selling each year in this country is absolutely astonishing,” she says. “You’re seeing a real surge in demand for anything pistol related.”

At Doug’s Shoot’n Sports in Taylorsville, certain types of ammunition have been elusive, and handguns have been selling well.

“Business has been good,” says Dave Larsen, a salesman at Doug’s, who compared guns to cars. If the government announced it had plans to ban the Volkswagen Beetle, Larsen says, Beetles would be hard to come by.

“Just about everything right now is tough to get,” he says, noting that a thriving second-hand market has been created. A package of .22 caliber bullets that would sell in his store for $30 goes for double that online.

And like the officials at DWR, Barnes’ Brooks-Stevens says that adjusting to wild fluctuations in supply and demand requires restraint. For instance, she says, investing heavily in new machines to fuel current demand could backfire at any time, since it appears much of the recent buying wave has been sparked by rumors of gun-control legislation.

Sustaining a business under these conditions has proven difficult, she says, but “it’s our goal to stay in business and continue offering these products.”