What to expect from the awards for a particularly weird movie year.

After a year when everything was weird and different, it seems only fitting that the Academy Award are going to be weird and different. While the 2020 ceremony was one of the last "normal" big events before pandemic reality set in, the 2021 awards will represent an expanded eligibility window, featuring movies that debuted exclusively online, and will be taking place at two different venues simultaneously.

That doesn't mean that the Oscars aren't still fundamentally the Oscars, and as such it's possible to predict with some degree of confidence what's going to shake out (a fascinating, welcome outlier like last year's Best Picture win for Parasite notwithstanding). So here's a quick look at what you might expect from some of the headline categories when the envelopes are opened on the evening of Sunday, April 25.

Best Documentary Feature: There's an assumption that serious social commentary dominates this category historically, and social issues definitely do get consideration. But recent years have seen a lot of wins by films that weren't too hard for people to watch, including inspirational profiles like 20 Feet from Stardom, Free Solo and Searching for Sugar Man. The wrenching drama of Time—about a woman's long battle to get her husband released from prison—ticks off a lot of the right boxes, but don't be shocked if the contemplative nature doc My Octopus Teacher sneaks in for a win.

Best International Feature: Denmark's Another Round has dominated this category in other awards voting, and it's hard to see any of the lower-profile nominees stealing its thunder.

Best Visual Effects: This was definitely a weird category after so many big-budget spectacles abandoned 2020 while theaters remained closed. One of the few exceptions was Christopher Nolan's Tenet, and it's likely to get credit not just for the actual quality of the work, but for Nolan's steadfast support of the theatrical experience.

Best Original Screenplay, Best Adapted Screenplay: Nomadland once gain seems like a no-brainer in the Adapted category, with The Father a possible dark horse. Original Screenplay, though, is a tougher call. Aaron Sorkin's The Trial of the Chicago 7 seemed like the favorite for a while, but this category has a history of being the place where edgier nominees—Get Out, Pulp Fiction, Thelma & Louise, etc.—get their due. So I'm leaning towards Emerald Fennell for Promising Young Woman. 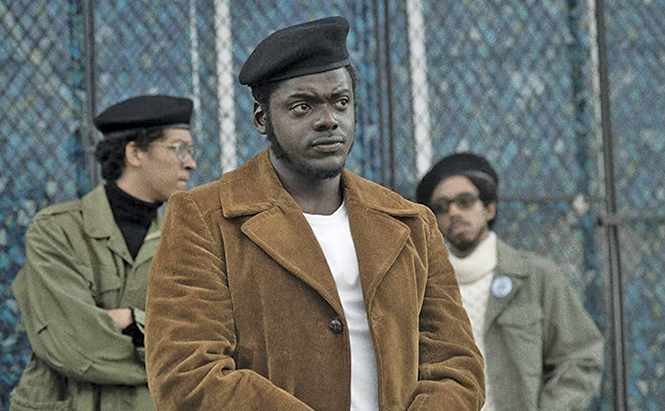 Best Actor, Best Supporting Actor: Both of these awards have felt like some of the year's surest things for months. Daniel Kaluuya's performance as Fred Hampton in Judas and the Black Messiah should land him Best Supporting Actor, and the late Chadwick Boseman's work in Ma Rainey's Black Bottom is expected to have him join Peter Finch in Network and Heath Ledger in The Dark Knight as the only posthumous acting winners in Oscars history.

Best Supporting Actress: This feels like the only major category where you could make a case for literally any of the nominees. But there seems to be some momentum building for Youn Yuh-jung as the tart-tongued Korean grandmother in Minari, especially since it's possible the well-liked film might not get any other wins. 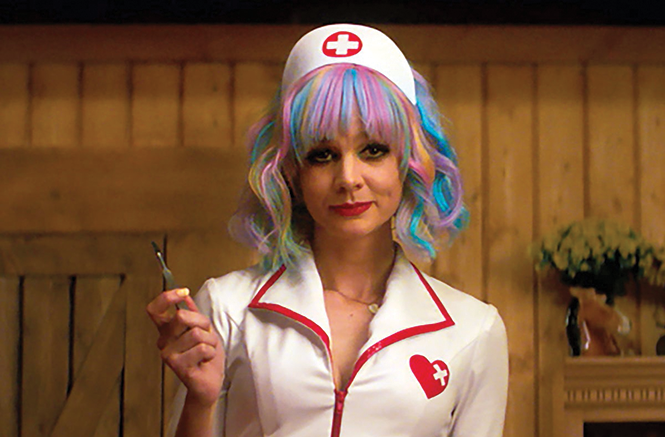 Best Actress: It feels like a two-woman race between Viola Davis (Ma Rainey's Black Bottom) and Carey Mulligan (Promising Young Woman). The fact that Davis does have a previous win (Supporting Actress for Fences) might be the only reason Mulligan has a slight advantage, but it could easily swing the other way.

Best Director: Nomadland's Chloe Zhao has been a frontrunner for some time now, but her win at the Director's Guild Awards—where the victor has failed to pick up the Oscar only seven times in the past 50 years—seems to have sealed the deal. If so, Zhao would become only the second female winner ever, joining Kathryn Bigelow for The Hurt Locker.

Best Picture: Frontrunner Nomadland feels like one of those movies that's admired more than genuinely loved. It's still the safest bet, with only The Trial of the Chicago 7 and Minari seeming like legitimate threats. Then again, if the past year has taught us anything, it's that unexpected things can definitely happen.