Love is what makes us come alive 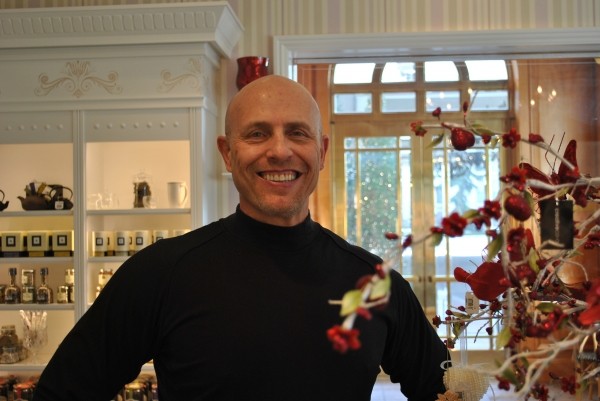 Andy Boehme is a strategic-intervention relationship, marriage and life coach. Boehme, who has been married for more than 20 years to his wife and has experienced firsthand the necessity of working on a relationship, recently noticed that the amount of relationship support and counseling that’s available to those in same-sex relationships is almost nonexistent when compared with that for heterosexual couples. And, he says, building relationship permanence is essential to strong communities. E-mail him at aboe3371@gmail.com for more information.

What made you start thinking about the need for relationship counseling in the LGBT community?
What made me start thinking about this was when Jason Collins, the NBA player, came out. Colin Cowherd was in a discussion about that on his show—he’s a sports guy. And he made the most eloquent statement about what these people dealt with: For most of their lives, they have not only not been able to practice the things they want to, as far as being in love with someone—but they can’t even talk about it. The thing that makes most of us alive is the love we have in our life. What if we couldn’t even talk about it? It would be cataclysmic in how it would affect the soul. So I started thinking. It’s a fait accomplis that this is going to be part of our culture. We can’t isolate it. Our culture needs to start putting as much emphasis on that teaching that they do the hetero teaching. It can’t be a freak show when two men or two women walk down the street holding hands. They must just be another loving family to us. It’ll take a lot of hard work to get there, but it’ll be worth it.

What are some unique issues experienced by same-sex couples?
The biggest problem with relationships is polarity—losing the feminine or the masculine energy; that’s what creates the heat. With same-sex relationships, that’s something that’s got to be worked on in-depth. With two men or two women, there’s going to more of one than the other. When I do work with a couple, it isn’t about the relationship. I want the individuals in the relationship to be healthy. Because once we find health for them, we can transcend whatever goes on in the relationship.Not all relationships are meant to work, and they may not. The key is making sure, if they do stay together, that it’s a strong, passionate event. If they do come apart, it’s never a scorched-earth issue.

How can a couple retain polarity?
It’s finding that balance point. Femininity has, by its nature, openness. Masculinity has by its nature strength and protection. In a masculine-feminine relationship, that polarity is what creates heat. It isn’t exactly sane-thinking people that create heat. When I see couples that have a feminine male and a feminine female, they’re business partners; they’re not hot and passionate for each other. Or masculine-masculine. But the minute you get that femininity and masculinity in balance, that’s where the heat comes in. That’s where that passion for each other comes in. It’s going to be work; it’s not going to be easy. But there are some things that are fun to try. People who have finally opened up—what’s coming out of them is what they’ve spent so many years repressing. It’s amazing to watch. You see life in people who weren’t alive.

When I have a couple who is dealing with a structural issue—communication, polarity, whatever it is—I have the man put his hand, that masculine energy, on her heart, and lock eyes and start breathing together. It elicits a really strong emotional reaction. There’s also something called state stacking, where we take them to something they really enjoy and have them pull it into their heart. And you pull another, and another. And you build them to a point where they keep building joy and passion. You do that with a couple—what’s the best things they know about each other, what are the best moments they’ve had. It’s easy to focus on the challenges, not what’s been good.

How long do you think it’ll be before same-sex relationships aren’t a big deal?
It’s going to be a lot to do with how it’s approached. The activism is there, but what has to be gotten past is the confrontation. If we look at any true change in any society, it didn’t take place through confrontation. I think some of the mindsets become more black & white. A person that doesn’t believe that relationship should be given a stamp of approval that is approached with anger, they’re going to come back with anger. I think the [LDS] Church actually said the right thing: You must accept these people—it’s not about anger or hatred, whether you agree or not; they’re human beings. Martina Navratilova said something utterly brilliant on an interview with Dan Patrick: that the problem with the hetero community in seeing gay people is that they’re seen as a sex act, not as a human being. They must be treated as human beings. As soon as people open their hearts to that … we’ve got to close the brain and open the heart in this situation.