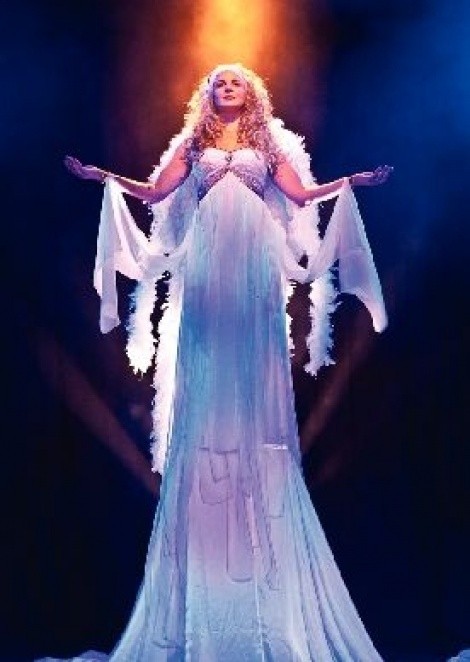 “History is about to crack wide open,” says the ghost of Ethel Rosenberg (Colleen Baum) to Roy Cohn (Charles Lynn Frost) near the end of Tony Kushner’s Angels in America: Millennium Approaches. And the astonishing thing about watching a production of the landmark play 20 years after its debut is realizing that it’s not remotely relegated to historical footnote.

It couldn’t be more timely for Salt Lake Acting Company to produce a play that deals in part with married Mormon Joe Pitt (Alexander Bala) trying to suppress his homosexuality because he’s convinced by his faith that he can change. His wife, Harper (a magnificent Christy Summerhays), was clearly troubled before her marriage, but through years of loveless companionship has fallen deeper into despair and prescription-drug addiction. While a Salt Lake City audience is bound to respond with knowing chuckles to specific references in Angels, these characters in this specific time act as punches to the gut.

That’s not to say that elements like gay men first confronting the AIDS crisis, while not as immediately resonant, don’t still resonate. The relationship between Louis (Alexis Baigue) and his dying lover, Prior (Lucas Bybee), is powerful in its very universality; Cohn’s magnificent monologue about the connection between homosexuality and lack of power feels eerily on point. Salt Lake Acting Company’s production isn’t perfect—including a couple of uneven performances—but it’s perfect for this moment. Like all great works of art, Angels in America finds ways of meaning different things in a different time.