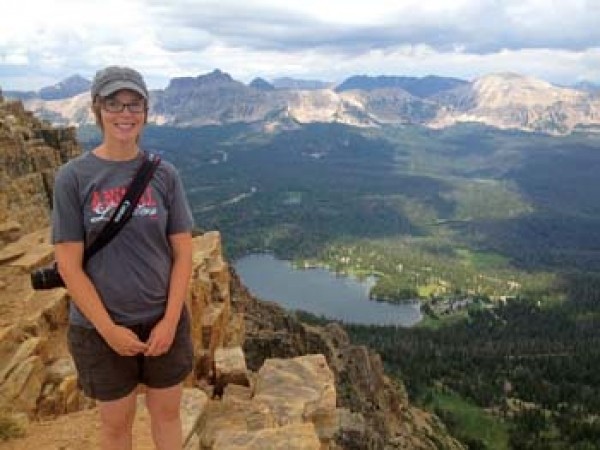 Amy Meyer made national news when she was charged with a class B misdemeanor under Utah’s “ag-gag” law, which makes it a crime to take photographs or record video on a private farm or agriculture business. In February, Meyer witnessed and filmed cows that she believed were being mistreated at Dale T. Smith & Sons Meat Packing Co. in Draper. The charges have since been dropped, and Meyer has used her fame as the first to be charged under an ag-gag law to further her cause.

How did you get involved in animal rights?

I got into animal rights about seven or eight years ago, after watching Meet Your Meat, PETA’s video about factory farming. I went vegetarian, and about a year later went vegan and started getting involved in activism. Right now, I volunteer for Ching Farm Rescue & Sanctuary in Riverton. Our mission there is to rescue farm animals and be an advocate for them. Right now, we have about 130 rescued animals.

What are ag-gag laws?

Utah’s ag-gag law was passed last year and criminalized any documentation, through photograph or videotape, of any agricultural operation without permission. You can’t take photos or videos while on the property if you gained employment through false pretenses, if you’re an undercover investigator or even if you’re an employee who see acts of cruelty—you are unable to report it because of the risk you will be prosecuted. These bills were created to silence whistleblowers.

Food does not come from the privacy of someone’s home—it comes from factory farms. Factory farms have no reasonable expectation to privacy because they are producing food for the public and have people coming in and out of their facilities every day. There needs to be more, not fewer, cameras in factory farms. Whistleblowers and undercover investigators have led to felony animal-cruelty charges and meat recalls that otherwise would have gone unseen. For instance, an investigation by the Humane Society of the United States in 2007 led to the largest beef recall in U.S. history.

Why should a meat-eater care?

Everyone should be concerned about Utah’s ag-gag law, not just because of animal welfare, but because it affects our civil liberties. The First Amendment protects freedom of the press, and we should be able to see how our food is being produced. People should be upset by these laws because they’re unconstitutional. These laws affect everyone, and these bills are starting to cover broader industries, so anyone who is an activist against any industry—from factory farms to fracking to Monsanto—will be targeted. Government is clearly siding with big companies and big money and trying to inhibit activism through legal intimidation.

What do you think will happen with these laws in the future?

States all over the country are trying to get similar bills passed partly because Utah set a terrible precedent. Right now in North Carolina, the Commerce Protection Act is being considered, which proposes the protection for pretty much any industry, not just agriculture. Although vague, it basically increases these crimes to include more industries, and have more serious consequences and more severe penalties. But in May, Tennessee Gov. Bill Haslam vetoed an ag-gag bill, and no similar bill has passed since then. So, hopefully, momentum could be changing regarding ag-gag laws.