The debut album from local experimental math-rock quartet Anthropology has a collage feel, thanks to the blending of samples and several disparate genres. But while the instrumental album—recorded by Wesley Johnson at Archive Recordings—is certainly creative in its construction, its sprawling length of 13 tracks does make for a challenging listen. The band and album is named after the song “Anthropology Anthology” by Chicago-based math-rock band Piglet. According to guitarist Caine Wenner, the band members come from diverse musical backgrounds that include jazz, math rock and metal, which are the three main styles found on the album.


“Intro”—with exuberant whoops and hollers in the background—starts Anthology off with an energetic bang. Snappy “KOKEKOKKO” propels itself forward with purposeful energy, and includes a dreamy interlude in the middle that creates a nice resting point. Genre-hopper “Bow Do Doo” begins with a sample from The Beastie Boys’ “The Blue Nun,” and flips between smooth jazz and muscular metal-style guitar riffs.

Most of the album’s execution is extremely skilled, but the intricate layers don’t quite line up in some moments—with a slight delay on the guitar—and the split-second stumbles can be distracting. There are still plenty of highlights, however, including my favorite track, “That’s All for Today, Monsieur Antichrist,” with its amusing title and the incorporated cover of “Saria’s Song” from The Legend of Zelda: Ocarina of Time. Oct. 21, self-released. 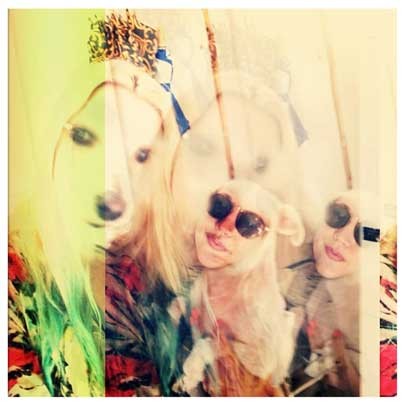 In anticipation of their upcoming LP, out in March, Max Pain & the Groovies released this self-titled four-track EP to give listeners a taste of the greatness that’s to come. “We were ready to make some new songs once we had all the music down for the full-length, and in a short amount of time, had four songs that we were stoked on,” says drummer Troy Coughlin.


Inspired by the spookiness of October, the local psych-rock five-piece created another Halloween-themed album, but this time around, unlike 2011’s Live From Hell, the horror element is veiled. Imagine a creep who lives alone in a mountain cabin and has torture implements in his basement, as opposed to monsters doing the mash.

Recorded with Mike Sasich at Man vs. Music, the EP is solid from beginning to end, and oozes swagger. Opening track “Spank Bank”—which starts out with a demonic voice saying “throats will be slit,” followed by some psychotic laughter—is a rock & roll blaster with high-octane guitar and drums that wouldn’t be out of place in a Reverend Horton Heat song. Slow-burner “Waves” is lusty and hypnotic, punctuated by urgently insistent guitar riffs. The highlight is “Swlrvin’,” with an Ã¼ber-creepy organ line and fantastically devilish vocals from David Johnson. And don’t miss the hilarious hidden ending of “Ballad of Hump Skinny.” March can’t come soon enough. Oct. 31, self-released.