Literature is usually created and enjoyed in solitude, so it’s nice when an event brings writers and their audience together, especially when it gives said audience a glance at some of the best up-and-coming writing talent in the country. The students of the University of Utah’s English graduate program host The Working Dog, a free and open-to-the public reading series at the Art Barn. You never know quite what to expect at a Working Dog reading. You may hear avant-garde poetry followed by an excerpt from a novel, a humorous essay or even an experimental short story. Whatever the case, it’s sure to be an experience. 1340 E. 100 South, Salt Lake City

BEST FIRST-LOVE HEARTBREAK
Emily Wing Smith, Back When You Were Easier to Love
There’s nothing groundbreaking about the idea of a brokenhearted teenager lamenting the end of a first serious relationship. But Emily Wing Smith takes that familiar territory and makes it uniquely poignant, avoiding melodramatic moping to tell the story of Joy, a high school student whose quest for closure sends her on a road trip to find the boyfriend who left her behind to go to college. Finding particular insight into the minds of teens who allow their young romances to define them, Wing Smith adds another fresh, funny and wonderfully authentic volume to Utah’s growing library of great young-adult fiction. EmilyWingSmith.com

BEST AEROBIC THEATER PERFORMANCE
Dustin Bolt, If You Give a Mouse a Cookie
Salt Lake Acting Company has thrown itself into a mission of providing an annual family-friendly production during the holiday season, but you rarely see a stage performer throw himself into a role with the kind of delightful physical abandon demonstrated by Dustin Bolt. Playing the titular rodent in the adaptation of Laura Numeroff’s popular picture book—which finds the increasingly demanding creature befriending a schoolboy (Michael Gardner) one lazy afternoon—Bolt acts out comic-book adventures and demonstrates a crazy dance montage with the kind of energy that entertains audiences of all ages. It’s the kind of performance that deserves more than just a cookie. SaltLakeActingCompany.com

BEST SCARY MOVIES
The Salty Horror Film Festival
Sometimes Utah is creepy because there are folks who like it that way. In November 2010, the Salty Horror Film Festival made its debut, providing a showcase for more than two dozen features and short films dedicated to the macabre, disturbing, frightening and sometimes just plain gross. A couple of filmmakers known for their LDS-themed work—Richard Dutcher and Ryan Little—showed off their darker side, and featured guests included comic-book artist and 30 Days of Night co-creator Ben Templesmith. For three days, those who love horror films got to revel in genre delights; they scare because they care. TSHIFF.com 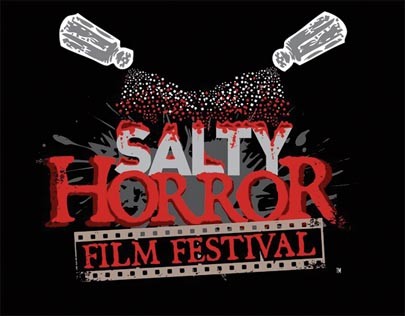 BEST LESSONS IN LAUGHS
Salt Lake Comedy Festival
Everyone’s hectic life needs the occasional dose of humor. But there’s no need to be passive about waiting for the comedy to come to you when you can learn how to help provide it. X96 radio producer and local performer Richie Steadman took his love of comedy to the next level with June 2011’s Salt Lake Comedy Festival—not only a showcase of folks telling jokes, but also a series of “boot camps” that provided instruction in stand-up comedy, improvisation and comedy writing, as well as information in how to get your material out there into the world. It’s like a Laughs University for the next generation of funny Utahns. SaltLakeComedyFestival.com

BEST OGDEN MOVIES WITH AN EDGE
Art House Cinema 502
For too long, Utahns everywhere have had to travel to Salt Lake City for movies outside the multiplex mainstream. But Ogden now has a cinematic match for its history of unconventional frontier attitude. This tiny 28-seat venue on Historic 25th Street offers documentaries, foreign films and low-budget American independent fare that rarely gets a showing anywhere in the state, let alone outside of downtown SLC. Lesser-known Sundance-pedigree titles and Oscar nominees are now just a FrontRunner ride away. 158 25th St., Ogden, 801-917-4502, TheArtHouseCinema.com

BEST GLANCE AT THE 15th CENTURY
The Nuremberg Chronicle at Ken Sanders Rare Books
Comedian Eddie Izzard once joked about Americans’ sense of history being impressed by something being restored to the way it was “over 50 years ago!” So it’s fairly humbling to be in the presence of a book that was created when Christopher Columbus was still alive. In April-May 2011, Ken Sanders Rare Books displayed leaves from a 1493 German edition of The Nuremberg Chronicle, a history of the world from Biblical creation to the year in which it was printed. It was a rare opportunity for Utahns to see one of the earliest, most elaborately crafted movable-type texts ever created—one of only around 400 believed still to be in existence. KenSandersBooks.com

BEST THEY-MIGHT-NOT-BE-GIANTS STAGECRAFT
Meat & Potato Theatre’s The Odyssey
A small-scale theatrical production can’t hide behind high-tech special effects when it wants to create a monster. That’s where gifted craftspeople come in. For Meat & Potato Theatre’s fascinating adaptation of Homer’s The Odyssey, director Tobin Atkinson and lighting designer Samuel A. Mollner made use of rear-projection shadow play to bring to life Odysseus’ encounter with the dangerous Cyclops, Polyphemus. The ingenious trickery was part of a production that proved tales of heroic exploits don’t demand CGI—just a little TLC. MeatAndPotato.org

BEST ZINE THAT EXPOSES THE “DUH” IN WOMEN
Mike Brown’s Women, Duh!
Mike Brown may be best known as the lead singer of local punk legends The Fucktards, but he also does double-duty as bartender and writer/zine editor. His Leviathan series has been around since the ’90s, and his particular style of grammar and Bukowski-esque ramblings are a mainstay for those interested in all things gutterpunk and SLC. His latest branch off of Leviathan, the Women, Duh! series, is replete with misogynist tales of relationship woes and haiku about boobs and stalking. Volume 3 is available for $2—Brown believes in both brevity and levity, in dollars and sense.

BEST REASON TO RIDE TRAX
C-Hendy’s Cricket Mural
If you’re riding the rails and lucky enough to travel between the 2100 South and 3300 South stops, look westward to glimpse a new, eye-catching mural created by local artist Curtis Hendrickson. Painted under his signature name, C-Hendy, his unique take on the LDS folkloric story of the Mormon-cricket invasion was created to combat graffiti on the TRAX side of an industrial building managed by his family. Under Curtis’ creative hand, a blue-skinned, antlered figure nicknamed Gargamel battles giant robot versions of the insects, along with a fighter-pilot-esque warrior riding a sled made of a bird skull—the only reference to the seagull saviors of the story. The mural’s incredible detail, style and sense of humor make this urban artwork a hidden treasure. CurtisHendrickson.com