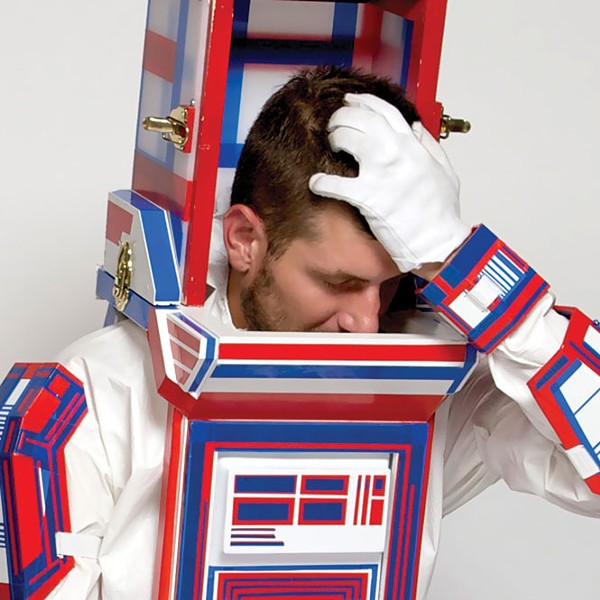 
In one of the most unusual sculpture/mixed-media exhibits the Utah Museum of Contemporary Art has ever produced, Christopher Kelly's God Complex turned the lens of science fiction inward on the human psyche. Using images, symbols and tropes from pop-culture icons like 2001: A Space Odyssey, he created an artistic persona employing the unlikely vehicle of a space suit. What happened in the video performances ranged from ironically playing with the mundane nature of life in "inner space" to the fullest manifestations of an existential dilemma.
UtahMOCA.org


Curated by Donna Poulton, this exhibit broke new ground for the Utah Museum of Fine Arts. Since 2012 and the announcement of the co-stewardship of Robert Smithson's Spiral Jetty, the museum has focused on exhibits related to land art, including Nancy Holt's Sun Tunnels. The subject of Creation and Erasure—a historical overview of photographic images from Utah's Bingham Canyon Mine—was unprecedented and monumental. Photographers included William Rittase, Andreas Feininger, Arthur Rothstein, Edward Burtynsky, David Maisel and Michael Light, who documented the history as well as the humanity of this immense and important Utah landmark.
UMFA.Utah.edu 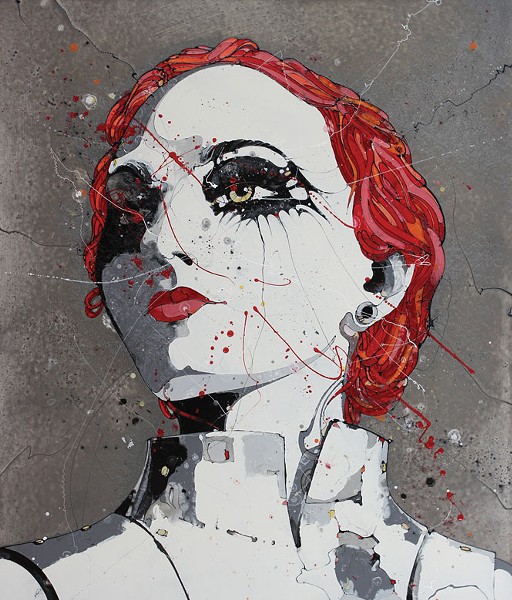 BEST PAINTING EXHIBITION
Jimmi Toro, Faces(Urban Arts Gallery)
In terms of sheer technical ability in addition to mastery of the expressive powers of paint, not much can touch the work of Jimmi Toro. For his solo show Faces at Urban Arts Gallery in spring 2014, he set himself a challenge of working with six local photographers to create interpretations of their work on the canvas, using the paintbrush like a sketch artist's pen. A video presentation, sketches and artistic experiments that provided insights into his methods and inspirations made this a must-see show of the gallery-stroll season.
JimmiToro.com

BEST ILLUSTRATION EXHIBITION
Pat Bagley (The Leonardo)
Pat Bagley is one of the highlights of The Salt Lake Tribune—and the newspaper industry as a whole—continuing to push buttons and bring smiles to readers' faces with his editorial cartoons. In May, the staff of The Leonardo decided that such thought-provoking work deserved a larger spotlight, and gave Bagley his own exhibition in the Lab @ Leo area on the ground floor. The show brought in thousands of fans over the course of a month to enjoy Bagely's giant mural of Utah luminaries, plus select editorial cartoons, and also gave people a chance to learn how to draw in Bagley's style.
TheLeonardo.org

BEST GRAFFITI ART/PUBLIC ART
SRIL Art
A humble giant in the Utah graffiti scene, SRIL (pronounced "surreal") has been a common fixture in and around Salt Lake City since 1996. His name is a nod to the Spanish surrealist Salvador Dali, which is appropriate considering that SRIL's art masterfully blurs the lines between graffiti burners and something oddly reminiscent of "Persistence of Memory." Besides his many murals, you can find his art on his latest run of T-shirts, like the BrBa tee, which features a blown-out version of SRIL's Breaking Bad mural, and portrays the show's main character, Walter White.
SRILArt.com

BEST JEWELRY DESIGN
Peach Treats
The great thing about gauged ears is you can stuff all kinds of crazy knick-knacks in there. But Tif Blue's handcrafted earrings aren't just for art lovers with holes in their ears so big they stretch down to their waists like a pair of ear suspenders. No, whether your ears are gauged to the extreme or not, Peach Treats' unique designs allow even the puniest of ear holes to express themselves with beautiful, original, locally made artwork. Whether it's tapers, fakers, weights, plugs, hoops, spikes, spirals or dangles, Peach Treats more than likely has it, or can custom-make it just for you and your lobe.
Etsy.com/shop/PeachTreats 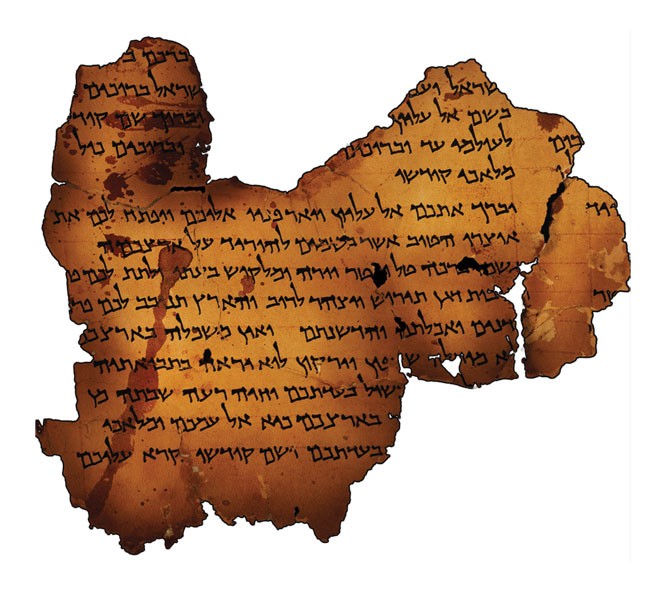 BEST TOURING EXHIBITION
Dead Sea Scrolls: Life and Faith in Ancient Times (The Leonardo)
The Dead Sea Scrolls have taught us much about the beliefs of the people in Israel before the time of Christ, and about their history as well. The traveling exhibit of the Dead Sea Scrolls at The Leonardo gave locals the chance to experience a text that most were only casually familiar with. More than 600 artifacts and a section of the Wailing Wall accompanied the scrolls and, along with lectures, gave viewers a picture of the life and the people of that pivotal historical period.
TheLeonardo.org

BEST TATTOO ARTIST
Gailon Justus (King of Swords Tattoo)
Gailon Justus is an artist waiting to inflict some beautiful old-school-style art on the canvas of your flesh. It's no surprise Salt Lakers have fallen love with Justus' sweet needle, given the artistry he displays in tats that emphasize bold black outlines and designs that say a lot without overdoing it. This is the ink-stabber to seek if you're looking for a design reminiscent of something adorning the biceps of a turn-of-the-century sailor or the chest of a '50s biker.
King of Swords Tattoo, 248 W. 900 South, Salt Lake City, 801-906-0192, Facebook.com/KingOfSwordsTattoo

BEST SHORT FILM
Torben Bernhard, Transmormon (KUER)
Eri Hayward's parents loved her and supported her enough to want to see her happy. That may not sound like a remarkable story—except when you consider that Eri was born Eddie Hayward, and that her parents are Mormons living in Orem. Torben Bernhard's wrenchingly emotional film—produced by KUER's RadioWest—addresses Eri's struggles, but it's most powerful when it gives her father a chance to speak, exploring how a faithful man tries to reconcile the reality of his child's identity with the teachings of his church. Stories of unconditional parental love don't get much better than this.
VideoWest.KUER.org/TransMormon

BEST FASHION DESIGN
Sorry Clementine
After relocating her by-appointment shop to the Sugar House area, Suzanne Clements has continued pushing her line of badass mashup fashion to the public. Recently, her tastes have gone more into the geeky side, and she's started creating new pieces out of retro T-shirts and giving them new life.
Facebook.com/SorryClementine 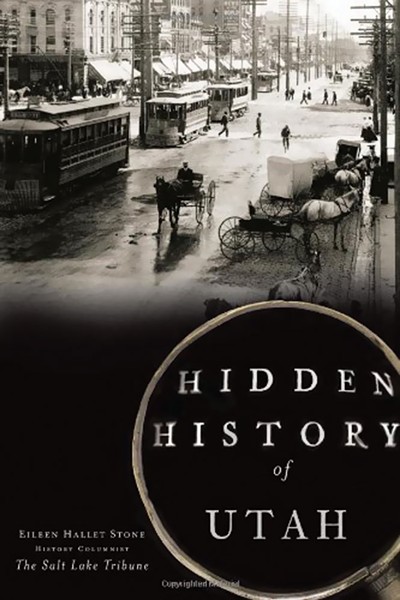 BEST NON-FICTION
Eileen Hallet Stone, Hidden History of Utah
Utah's history is made up of more than just handcart pioneers with plural wives and prominent neckbeards, as author Eileen Hallet Stone shows in this eye-opening read adapted from columns Stone wrote for The Salt Lake Tribune. The characters in her book didn't quite fit the Utah mold—hard-nosed, mine-owning, pistol-packing "Volga Vixen" Anna Rich Marks, for example, or 1880s inventor/hypnotist Dr. Sumner Gleason, who bred the wildly popular Elberta Peach. The book also takes a hard look at the inequities that religious and racial minorities faced in Utah's early history, from black miners forced to live in chicken coops to marginalized Chinese immigrants. A reader could open up to any chapter for a concise portrait of some of the strangest, bravest, most diverse lives and Utah stories they never learned about in history class.
HistoryPress.net

BEST FICTION BOOK
Shannon Hale, Dangerous
Rousing adventures are rare enough, yet it's even more exciting to find such an adventure built around the kind of protagonist you've literally never seen before. Sixteen-year-old Maisie Brown—the heroine of Shannon Hale's energetic science-fiction/action/superhero spectacle—is a nerdy, home-schooled girl, but she's also half-Latina. And she happens to have a disability—missing one arm since birth. While Maisie's unique qualities play a role in her efforts to save the earth from an extraterrestrial threat, this isn't a book about those qualities. It's simply a story making the unusual observation that people besides fully-abled white men can be heroes.
Squeetus.com

BEST POETRY COLLECTION
JulieAnn Carter-Winward, No Apologies
For the past six years, JulieAnn Carter-Winward has been roping in readers with Utah-centric erotica prose that keeps eyes trained on the page. Her poetry collection no apologies is no different; the poems are deeply personal, swerving between the heart-wrenching stuff of growing up and agitating against parents and Mormonism, and the titillating details of getting "slammed into" by a bouncer outside a club. In "if I could talk to my parents again," Carter-Winward riffs on the biting reality that there are some wrongs committed that can never be taken back: "I'd say I'm so, so sorry/ for ages 12-30./ I'd tell them/ that talking to them/ was the most comforting/ thing in the world./ I'd say thank you/ for loving me when I was/ unloveable.
JACarterWinward.com 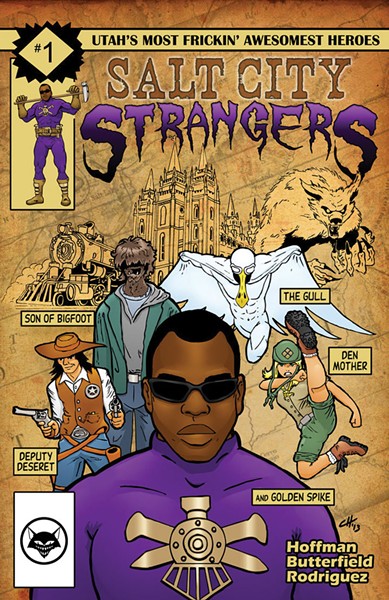 BEST COMIC BOOK
Salt City Strangers
Would you believe ... the intercontinental railroad was part of a demonic plan to engulf the planet in evil once the final Golden Spike was driven at Promontory Point? Fortunately, a group of heroes called the Salt City Strangers foiled the plot and have fought to keep Utah safe ever since. Chris Hoffman's sharply detailed comic is steeped in local LDS culture (Deputy Deseret slings Porter Rockwell's guns; Son of Bigfoot was discovered in Provo Canyon and raised Mormon; and then there's the Gull), but Salt City Strangers—now two issues in—is ultimately a classic story of Good vs. Evil. If there's anything Utahns love, it's a tall tale about the righteous taking on the wrong-teous.
SaltCityStrangers.com