Ririe-Woodbury Dance Company is one of Utah's cultural mainstays, and the fact that it's reached the age of 50 puts it among the longest-lived performing arts organizations in the state. To properly mark that milestone, RWDC designed its anniversary season to be a series of programs that not only took a look back at the company's long and celebrated legacy, but also suggested the potential for another promising five decades. The brilliance of the season was the company's ability to beautifully juxtapose classic work by their celebrated founders with contemporary work by the likes of their new artistic director, Daniel Charon.
RirieWoodbury.com

Until the day when humans pop a magical nutrient pill each morning instead of sitting down to solid foods, spoon rings will never go out of style. Nektia Originals has expanded the concept beyond its rings—made from vintage forks as well as spoons—to charming necklaces crafted from forks. Twisted tines and cleverly punched holes turn a plain fork into an "elephork" or "fork-topus." The utensil's shape, the set of the eyes and the wiggliness of the trunk or tentacles imbue a unique personality into each fork necklace, available at shops like Unhinged in Salt Lake City and Provo.
NektiaOriginals.com

BEST TAP AMBASSADOR
Debby Robertson
Debby Robertson has taken it upon herself to wrestle tap back from the fringes and put all of its power slides and rhythm turns right onto the main stage where it belongs. Through her group SLC Tap, Robertson is dedicated to changing the perception of tap from the common association with little girls at recitals to the hip-thundering rhythmic ballet that a true tap artist can create. And Robertson now has a permanent home in the new west-side Sugar Space location to spread her passion for dance with regular classes, workshops and engaging, energetic performances.
SLCTap.com

BEST ARTISTIC INTROSPECTION
Dance Theatre Coalition: Fieldwork
Dance Theatre Coalition regularly stages shows and performances in Salt Lake City that challenge artistic sensibilities and engage audiences. In many ways, it's that same drive to push into the artistic unknown that also drives the company's Fieldwork series. Designed as a workshop for artists by artists, the multi-week structure allows for development and growth through constructive criticism. One important aspect of the Fieldwork process is interdisciplinary interaction between the artists, an element seen as critical to artistic growth as it helps curb that sense of working in isolation.
DanceTheatreCoalition.org

BEST OPERATIC KIDNAPPING
The Abduction from the Seraglio (Utah Opera)
By staging the opera that helped put Mozart on the musical map, Utah Opera closed out its 2013-14 season in May on a lighter note than what laypeople might expect from opera—but with the intrigue taking place in the Turkish harem, not everything is as it appears. The production touched on all sides of musical emotion, including elements of tragedy, so it had something to please everyone and also managed to abscond with the audience's sympathy.
UtahOpera.org

BEST BON MOTS
Morgan Lund, Grant & Twain (Salt Lake Acting Company)
Elizabeth Diggs' play—about the friendship between the two celebrated 19th-century figures and Mark Twain's role in encouraging the publication of Ulysses S. Grant's memoirs—perhaps focused more on the beaten-down, introspective Grant. But, in Salt Lake Acting Company's production, it was Morgan Lund's boisterous performance as Twain that made the show engaging. Whether the words were Twain's own documented riting or speculative moments between the two main characters created by the playwright, Lund served them up with killer comedic timing that made the bigger-than-life man somehow seem even bigger.
SaltLakeActingCompany.com 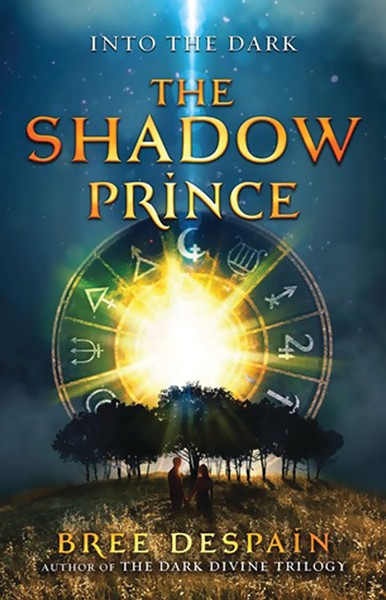 BEST TWIST ON SUPERNATURAL ROMANCE
Bree Despain, The Shadow Prince
Young-adult fiction is full of love stories complicated by the fact that one of the lovers is a ghost, or a vampire, or a fairy—or something. There's nothing inherently wrong with such a setup—provided it's built with the kind of complexity Despain invests in this series-opener, built on the Orpheus and Persephone myth. Her "Underrealm" gets a rich, intriguing history, and the characters—protagonists Haden and Daphne, as well as their supporting cast—are wonderfully three-dimensional creations. It's going to be a pleasure following where Despain takes this story next.
BreeDespain.com

BEST BOTTLES OF BEER ON THE WALL
Squatters Anniversary Mural
In July, the Utah Museum Of Contemporary Art teamed up with Squatters Brewing to organize a mural competition to mark the brewery's 25th anniversary. Trent Call, Mackenzie Donovan, Richard Landvatter and Mike Murdock painted designs on the side of Squatters' downtown brewpub. On Aug. 4, Richard Landvatter was named the winner. His mural portrays a rainbow-hued man—a cross between Brigham Young and a bearded hipster, with facial hair resembling hops—clutching a pint of beer. The image will be featured on anniversary beer labels and T-shirts, and Landvatter's and the other artists' images add a hoppy splash of color to downtown.
147 W. 300 South, Salt Lake City, Squatters.com 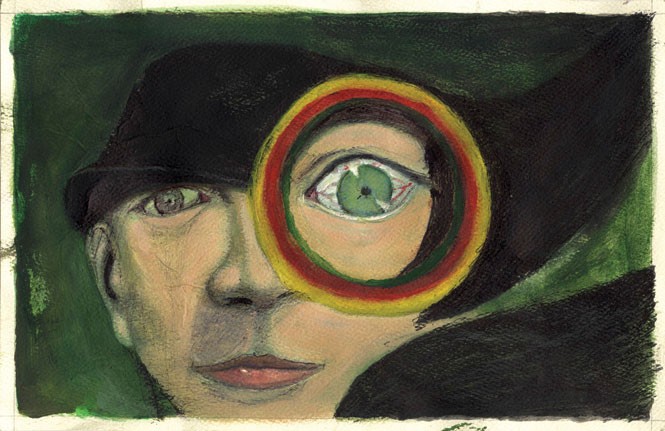 BEST ATTEMPT TO TAKE ART BACK
Museum of Nobody
Ever since art could be debated, it has been, with questions such as, "What constitutes a piece of art?" and "Who gets to make art?" "Who gets to define it?" The point of the Museum of Nobody, a pop-up gallery created by an anonymous group referred to as the Bureau of Nobody, was to engage those questions by challenging the very foundation upon which the art world is built. For two nights, this temporary museum displayed heretofore unseen works under the guiding manifesto that, regardless of its providence, good art is good art, end of story.
MuseumOfNobody.com

BEST NSFW COMEDY TWITTER FEED
Jacob Leigh
Local comedian Jacob Leigh brings more than a little bit of an edge to his performances—and you can get a taste of that sensibility in his singularly demented Twitter contributions. No subject is particularly sacred, from bodily functions to ... well, other bodily functions. And there's even something that occasionally isn't gloriously gross, like his note on drowsy driving: "Driving and I closed my eyes for a few minutes, then woke up pulled over with a blanket on me, cops can be sweet."
Twitter.com/JakobLeigh

BEST EXPERIMENTAL FILM SERIES
Free Form Film Festival
In 2003, film professor and filmmaker Tyrone Davies started the Free Form Film Festival with several friends in San Francisco. Ten years later, in October 2013, Central Utah Arts Center celebrated the traveling festival's anniversary with a three-day extravaganza that included three programs of shorts and two nights of longer works. The weekend wrapped up with a documentary showcase by OHO Media and a 16mm presentation of James Benning's Deseret, an eccentric telling of the story of Utah. FFFF has been a sporadic but wonderful series over the years because it keeps "experimental" challenging yet fun—as Davies calls parts of it, "a media-history lesson hidden inside a deceptively humorous freak show."
FreeFormFilm.org 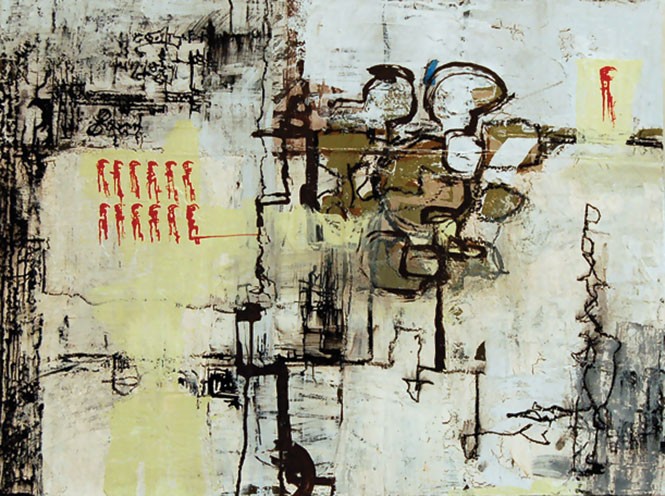 BEST ON-THE-RISE ABSTRACTIONIST
Alexander Hraefn Morris
It's always thrilling to meet a talented new artist, and Alexander Hraefn Morris' master's thesis work, shown at the Alvin Gittens Gallery this year, was truly exceptional. The abstract artist was clearly in tune with his process and the evolution of his art, which conveys a personal artistic language through bold lines and color fields. The show was a huge success, and Alderwood Fine Art now represents Morris, who has a show at Gallery at Library Square beginning Sept. 20. Oh, the places you'll go!
AlexanderHraefnMorris.com

BEST REGENCY SISTERS
Sense & Sensibility (Utah Shakespeare Festival)
Joseph Hanreddy and J.R. Sullivan's adaptation of Jane Austen's tale of two sisters and their markedly different journeys in search of love is a remarkably simple yet affecting rendition of a much-beloved text. While Eva Balestrieri's performance as Marianne Dashwood is a warm, flesh & blood portrait of a young woman blinded by her own passion, it's Cassandra Bissell's austere, precise sketching of Elinor that stays with you. Such is her restraint with the character that, by the time the play reaches its conclusion, the eruption of emotion she gives way to lingers in the mind as the perfect summation of the Austen heroine.
Bard.org