Why all the negativity about marriage equality?

What was your reaction to the Supreme Court ruling on marriage equality?

Molly Stitzel: Love is finally being recognized for what it really is—love! There is nothing more to it and politics should not be involved. Love is love.

Nicole Enright: That some Republicans are still trying to argue about it being a states-rights issue. You sound so damned stupid. Wake up and bring yourselves into this century with everyone else.

Pete Saltas: Reading the posts about all the dummies moving to Canada, of all places. Canada was only the fourth country in the world to legalize same-sex marriage (thanks, Wikipedia). The haters of marriage equality and the ACA are probably camping out together in the furthest reaches of the tundra.

Jeff Chipian: The reactions. Positive ones were OK, but the negative posts were out of control—especially ones about the flag having stripes of different colors.

Ryan Carillo: Seeing the lives that were truly changed by the ruling. Social media incredible last week; there was so much positivity and love.

Jeremiah Smith: The best part, without a doubt, was not having to look at Facebook all weekend. I already knew what everyone was on about.

Jerre Wroble: Managing editor Brandon Burt and I had an excuse to sip cocktails at Bambara. No dive bars for us on such an auspicious occasion.

Mason Rodrickc: Everything, it came as a real surprise, it really took me from behind—I meant by surprise. For the country, it's a real reach around— I meant turn around. I feel like the next step for all of us to have a nice big make out with the same gender—I meant—no, no I meant what I said..

Derek Carlisle: That soon it will legal for first cousins to get married in the south once again!! 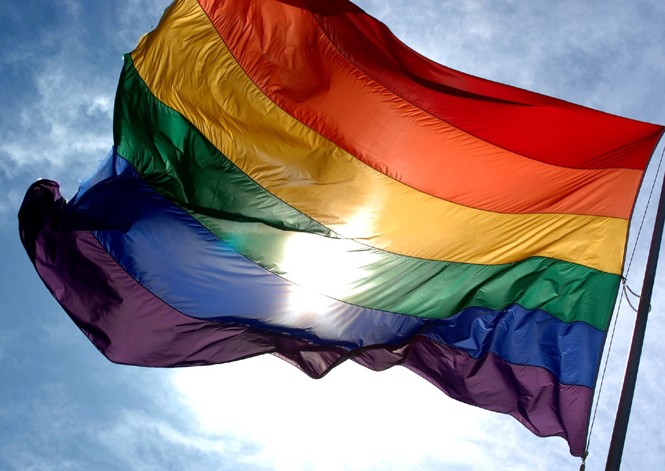 The long-anticipated Supreme Court decision on Friday, June 26, found millions of LGBT Americans finally exhaling the breath they've been holding for months—years, even—safe in the knowledge that our nation's wearying appeals process has finally exhausted itself. The highest court in the land has spoken, and it's spoken in favor of freedom to marry. Marriage is an individual liberty from which none are barred.

Sure, the war against homophobia isn't over. Too many states lack Utah's newly implemented anti-discrimination laws (which could use some beefing up of their own). Transsexual women live in constant fear of physical violence, homeless LGBT youth fill the streets and Orange Is the New Black's Piper Chapman still hasn't said the word "bisexual." But the battle for marriage rights is finally over. In this, at least, we can celebrate.

So why all the negativity?

To an extent, I take their point. It's true that marriage was established as an elaborate property contract. It's true that the institution has been used—and often still is—to subjugate and exploit women. And I, too, think our people deserve much better.

But whether we like it or not, we live in a society that places a high practical premium on marriage. A couple's married status offers them unique social and legal benefits, securing their union, finances and existing or potential family from the insecurity that has plagued our community for decades.

The movement for marriage equality isn't a new thing. It has its roots in the AIDS crisis of the 1980s, a painfully critical point in queer history. The exclusive right to visit a dying partner in the intensive-care unit mattered quite a bit.

And it continues to. It's not like the same-sex couples in the four cases adjudicated by the Supreme Court sued for white picket fences and seats on the PTA board. They sued to adopt each other's children, either from previous relationships or conceived/adopted together. They sued to have their marriage recognized on death certificates and subsequent parallel headstones, just as others have sued for the marriage-contingent rights to spousal insurance coverage and immigration benefits. We have sued for married visitation privileges, tax rates and more.

So I take issue with the accusation that celebrating a newly available option constitutes "assimilating to heternormativity." I'm excited to access state-sponsored marriage's numerous perks, not replicate its original structure—how could I? Same-sex relationships, by nature, challenge heterosexism and subvert the gender hierarchy. As my visibly exasperated hero, Supreme Court Justice Ruth Bader Ginsburg, pointed out during the Obergefell v. Hodges arguments, same-sex couples wouldn't be seeking access to that sort of subjugating relationship anyway. Only after "a change in the institution of marriage that made it egalitarian where it wasn't," Ginsburg said, did marriage present an appropriately advantageous option to queer people.

Even if marriage is bad for society, why hold us to a higher standard? Why expect LGBT elders who have been together for 50 years to risk their ability to make necessary medical decisions for each other in their final years? Why ask same-sex couples to jeopardize the status of their long-awaited adoptions? Forget the noble questions—don't my partner and I deserve the chance to spend irresponsible amounts of money on matching bridal gowns, should we so choose?

That's what it's about, really: choices. Other than a brief bout of happy tears, the SCOTUS decision on June 26 had very little immediate impact on me. I'm in no position to get married any time soon, if ever, but the knowledge that I could if I wanted to—that no one could deny me, not in a single state—brings a sense of legitimacy I never knew I was missing.

To those cocooned in radicalism, an affirmation of your value and acceptability by the U. S. federal government may not mean much. I applaud you. But to LGBT children, to our more conservative or rural siblings, to the millions of ordinary Americans who experience same-sex attraction, this validation matters. Do not underestimate the importance of this tacit reassurance of normalcy.

Keep fighting the good fight, of course. All remnants of misogyny must go, and marriage isn't immune from criticism. All I ask is that anti-marriage activists keep their flippancy in check. This victory, arrived to at last, represents so much to so many. It comes at great personal cost to many of our forbearers, decades too late to benefit them in the way it was intended. As heirs to the fruits of their struggle, the least we can do is honor and celebrate their efforts.