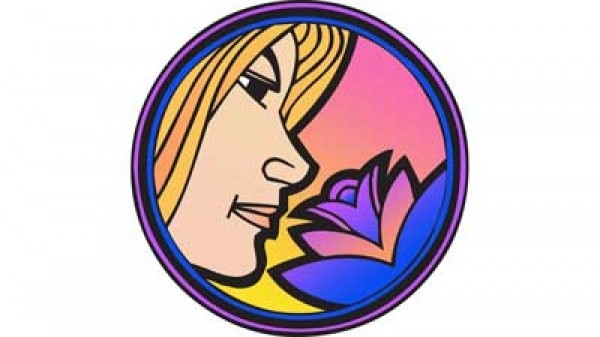 VIRGO (Aug. 23-Sept. 22)
Novelist James Joyce once articulated an extreme wish that other writers have probably felt but never actually said. “The demand that I make of my reader,” said Joyce, “is that he should devote his whole life to reading my works.” Was he being mischievous? Maybe. But he never apologized or issued a retraction. Your assignment, Virgo, is to conjure up your own version of that wild desire: a clear statement of exactly what you really, really want in all of its extravagant glory. I think it’ll be healthy for you to identify this pure and naked longing. (P.S. I’m not implying that you should immediately try to get it fulfilled, though. For now, the important thing is knowing what it is.)

LIBRA (Sept. 23-Oct. 22)
Now and then a British Libra named Lloyd Scott dresses up in funny costumes while competing in long-distance races. He does it to raise money for charity. In the 2011 London Marathon, he wore a 9-foot snail outfit for the duration of the course. It took him 27 days to finish. I suggest you draw inspiration from his heroic effort. From a cosmic perspective, it would make sense for you to take your time as you engage in amusing activities that benefit your fellow humans.

SCORPIO (Oct. 23-Nov. 21)
What will you do now that you have acquired more clout and visibility? Will you mostly just pump up your self-love and bask in the increased attention? There’s nothing wrong with that, of course. But if those are the only ways you cash in on your added power, the power won’t last. I suggest you take advantage of your enhanced influence by engaging in radical acts of magnanimity. Perform good deeds and spread big ideas. The more blessings you bestow on your fellow humans, the more enduring your new perks will be.

SAGITTARIUS (Nov. 22-Dec. 21)
You’ve been pretty wild and uncontained lately, and that’s OK. I’ve loved seeing how much permission you’ve given yourself to ramble free, experiment with the improbable, and risk being a fool. I suspect that history will judge a majority of your recent explorations as tonic. But now, Sagittarius, the tenor of the time is shifting. To continue being in alignment with your highest good, I believe you will have to rein in your wanderlust and start attending to the care and cultivation of your power spot. Can you find a way to enjoy taking on more responsibility?

CAPRICORN (Dec. 22-Jan. 19)
“The person who can’t visualize a horse galloping on a tomato is an idiot,” said the founder of Surrealism, writer André Breton. I wouldn’t go so far as to call such an imagination-deprived soul an “idiot,” but I do agree with the gist of his declaration. One of the essential facets of intelligence is the ability to conjure up vivid and creative images in one’s mind. When daily life has grown a bit staid or stuck or overly serious, this skill becomes even more crucial. Now is one of those times for you, Capricorn. If you have any trouble visualizing a horse galloping on a tomato, take measures to boost the fertility of your imagination.

AQUARIUS (Jan. 20-Feb. 18)
“I want to be with those who know the secret things, or else alone,” wrote the eccentric ecstatic poet Rainer Maria Rilke. That wouldn’t be a good rule for you Aquarians to live by all the time. To thrive, you need a variety of cohorts and allies, including those who know and care little about secret things. But I suspect that for the next few weeks, an affinity for those who know secret things might suit you well. More than that, they may be exactly the accomplices who will help you attend to your No. 1 assignment: exploratory holy work in the depths.

PISCES (Feb. 19-March 20)
To launch your horoscope, I’ll steal a line from a Thomas Pynchon novel: A revelation trembles just beyond the threshold of your understanding. To continue your oracle, I’ll borrow a message I heard in my dream last night: A breakthrough shivers just beyond the edge of your courage. Next, I’ll use words I think I heard while eavesdropping on a conversation at Whole Foods: If you want to cook up the ultimate love feast, you’re still missing one ingredient. And to finish this oracle, Pisces, I’ll say that if you want to precipitate the trembling revelation, activate the shivering breakthrough, and acquire the missing ingredient, imitate what I’ve done in creating this horoscope. Assume the whole world is offering you useful clues, and listen closely.

ARIES (March 21-April 19)
An Indian student named Sankalp Sinha has invented the “Good Morning Sing N Shock.” It’s an alarm clock that plays you a song and gives you a small electrical jolt when you hit the snooze button. The voltage applied is far less intense than, say, a Taser, and is designed to energize you rather than disable you. I encourage you to seek out wake-up calls like the kind this device administers, Aries: fairly gentle, yet sufficiently dramatic to get your attention. The alternative would be to wait around for blind fate to provide the wake-up calls. They might be a bit more strenuous.

GEMINI (May 21-June 20)
“The artist is by necessity a collector,” said graphic designer Paul Rand. “He accumulates things with the same ardor and curiosity with which a boy stuffs his pockets. He borrows from the sea and from the scrap heap; he takes snapshots, makes mental notes, and records impressions on tablecloths and newspapers. He has a taste for children’s wall scrawling as appreciative as that for prehistoric cave painting.” Whether or not you’re an artist, Gemini, this would be an excellent approach for you in the coming days. You’re in a phase when you can thrive by being a gatherer of everything that attracts and fascinates you. You don’t need to know yet why you’re assembling all these clues. That will be revealed in good time.

CANCER (June 21-July 22)
Can you remember the last time you bumped up against a limitation caused by your lack of knowledge? What did it feel like? I expect that sometime soon you will have that experience again. You may shiver with worry as you contemplate the potential consequences of your continued ignorance. But you may also feel the thrill of hungry curiosity rising up in you. If all goes well, the fear and curiosity will motivate you to get further educated. You will set to work on a practical plan to make it happen.

LEO (July 23-Aug. 22)
“My story isn’t sweet and harmonious like invented stories,” wrote novelist Herman Hesse. “It tastes of folly and bewilderment, of madness and dream, like the life of all people who no longer want to lie to themselves.” As interesting as Hesse’s declaration is, let’s not take it as gospel. Let’s instead envision the possibility that when people reduce the number of lies they tell themselves, their lives may become sweeter and more harmonious as a result. I propose that exact scenario for you right now, Leo. There might be a rough adjustment period as you cut back on your self-deceptions, but eventually your folly and bewilderment will diminish as the sweet harmony grows.