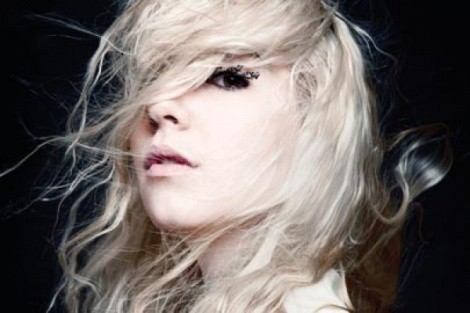 Every once in awhile, a band comes along that’s able to take music that’s been done before and spin it in a way that is new, exciting and completely their own. Canadian electronic/synthpop outfit Austra is one such band.

Austra exploded onto the music scene with the release of their debut album Feel It Break in May, a collection of 11 dark, club-friendly, beat-driven tracks set to lead singer and frontwoman Katie Stelmanis’ stunning, classically trained vocals. The band has been touring nonstop in support of the album, traveling through Europe and now opening for other bands on its U.S. leg of the tour.

I talked with Stelmanis via e-mail (due to bad cell-phone service in certain areas) on the band’s current tour, which will stop in Salt Lake City on July 29 at The Urban Lounge in support of fellow experimental goth-rockers Cold Cave.

“My band and I love traveling,” Stelmanis says. “I think we are so used to it that we feel more comfortable living out of a suitcase than living at home.”

At the age of 10, Stelmanis joined the Canadian Children’s Opera Chorus, and while she says she loved singing opera, she felt that continuing in that direction wasn’t for her.

“Being in a full-stage production supported by an orchestra is an intensely powerful experience,” she says. “I think I fell out of that world when I got older because I felt that there wasn’t a lot of room to be creative as a singer, and I didn’t really fit the ‘diva’ stereotype most opera singers are expected to adhere to, to some extent.”

However, Stelmanis cites her years spent in choirs as one of the major influences that have helped shape her as a songwriter.

“I spent a lot of time in choirs, orchestras and playing piano,” she says. “My keyboard skills are important, but I feel like my writing style is heavily influenced from the years I spent in choirs. I love dense vocal arrangements and weird harmonies. It’s easy for me to write vocal parts because I spent so many years learning complex choral pieces as a kid.”

On July 6, Austra was announced as one of 10 artists nominated for the 2011 Canadian Polaris Music Prize, which honors creativity and diversity in Canadian recorded music. Austra also released a remix album, Sparkle, digitally this month, with a 12-inch vinyl available Aug. 23.

“It was a lot of fun having so many people remix our music because each person interpreted the songs so differently,” Stelmanis says. “It was always a surprise to hear what people had come up with.”

With the whirlwind of everything that’s happened for Austra the past few months, Stelmanis says she’s had to begin to take precautions to ensure the safety of her voice, something she’s never had to do before.

“Recently, the amount of shows we are doing has started to take a bit of a toll on my vocal cords,” she says. “I always warm up before I play and drink lots of licorice tea. Most importantly, I can’t drink any alcohol before I hit the stage.”

When it comes to her music, Stelmanis says she hopes it affects people both physically and emotionally.

“I want people to be able to listen to it alone in their headphones and be able to dance and move to it in a club,” she says. “A combination of the two is the ultimate release in my opinion.

“It sounds cliché, but I started writing music as a creative and emotional outlet. I can get lost in the songwriting process; it’s meditative and therapeutic. Taking it to the stage is a whole different thing, something I’m not as comfortable with it, but I really enjoying working on that aspect, and I feel like we’ve come a long way.”

Don’t miss Austra Friday night at The Urban Lounge, opening for Cold Cave. But remember, don’t offer to buy Stelmanis a drink until after the show.