Back in the Motherland

Cole Barnson returns to Utah and reboots his musical career with Kasadoom. 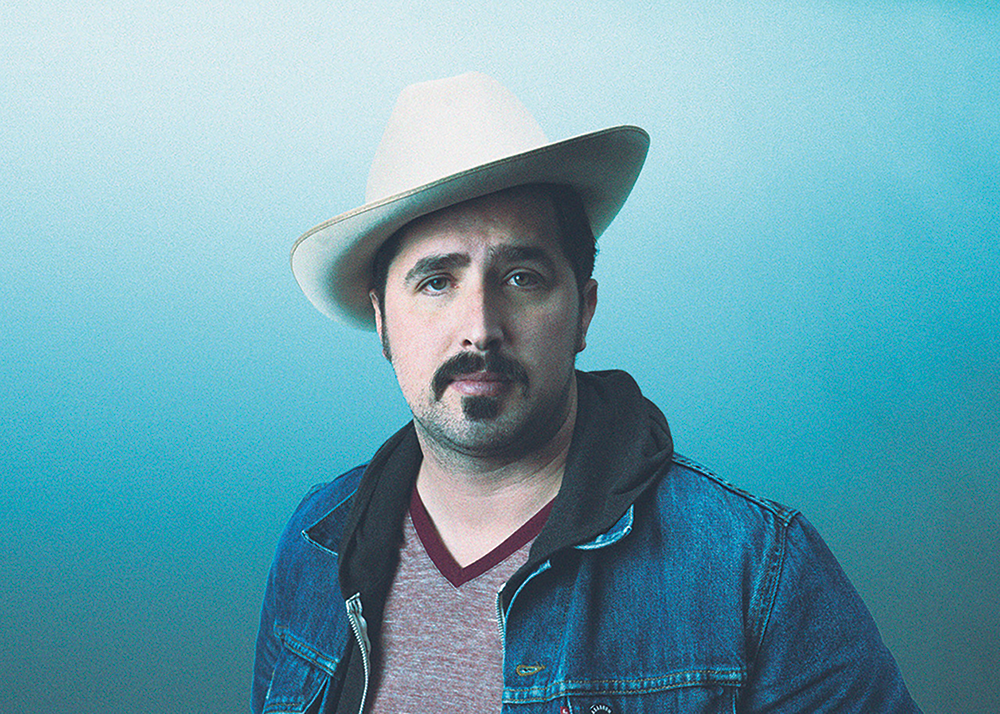 How far does one wander when they strike out for new territory—and how long does it take until they, as Thomas Wolfe once wrote, look homeward, angel, once again? For Cole Barnson, leaving Utah first for Las Vegas and then for Los Angeles to chase his rock-'n'-roll dreams provided a formative education in "figuring shit out."

Touring heavily with indie rock bands Kid Theodore and Toy Bombs served as Barnson's coming of age—with the inevitable cycle of highs and lows. "Oddly, the most influential people in my music career were met in some of those lows," he says. "My first booking agent was literally the only person ... at a show in Connecticut, and I met a music supervisor in one of the other bands playing a partially promoted, poorly-attended bar gig. I feel like the universe rewards those who hustle. The key is making 'your thing' available and then working at it."

Barnson's "thing" never took during his decade out West, though. He acknowledges the Springsteen-esque nature of his dream: Leave the stifling confines of Utah for the promised land of California, sign a record deal, shower in the money raining down around him, then rail against said record company for taking advantage of him. "What I ended up finding in Los Angeles was so much better," he admits. "There's an amazing network of artists and musicians with mountains of support in the community. L.A. gets a lot of shit for being shallow and fake, but a kind of yin and yang exists, with an equal amount of creativity and authenticity. Thebest stuff comes out of collaboration, be it active or passive."

That spirit of active collaboration—of turning a long-spurned dream into reality—motivated Barnson to start Kasadoom once he moved home to Utah in 2017. For this first musical project formed fully from his own ideas, Barnson says his years touring and hustling with Kid Theodore and Toy Bombs finally empowered him to write "the kind of stuff I want to write, not the kind of stuff I think you want to hear." After a two-year hiatus from music, he recruited some of his favorite musicians around the Beehive State—Ryan Darton, Seth Stewart, Derek Gailey, Will Allmen and Russell Carroll—to bring Kasadoom to the masses.

"The synergy level with these guys is off the charts," Barnson says. "They just keep making better and better sounds." Those sounds are on perfect display on the band's debut four-song EP, which is steeped in the sonic traditions of underground garage rock and psychedelic pop, with electronic underpinnings. Barnson compares Kasadoom to "Brian Eno going through a rockabilly phase" and early Arcade Fire. He wrote the four songs with longtime friends Brandon McBride and Spencer Peterson before tapping Danny Kalb to handle the mixing and mastering process.

Sego, Petersen's current band, will perform with Kasadoom on Jan 18. at Velour Live Music Gallery in Provo "Sego has this great quality of creating accessible experimentation in their music. I feel like I was able to access a little of that throughworking with those boys," Barnson says. "They did a great job at complementing my overall vision for these songs. It helps that they know I want everything to sound like Ray Davies wrote it."

As for Kalb, Barnson gushes about his résumé, which includes work for Ben Harper and Garbage, and the way he applied his skills to Kasadoom. "Danny is an amazing producer, and a better human being, who's really sincere about what he's working on," Barnson says. "If you look at his track record, a lot of diverse and influential artists haveworked with him because of that sincerity. When we brought 'White Light'and 'Verona' to him, they were pretty raw. One of them was still a voice memo on my phone. After a few days in the studio, we concocted what you hear today. Danny's a real treasure—and he definitely has some blood in this EP."

Although the recording is relatively short, Kasadoom covers a gambit of deep issues: love and loss, politics and religion, drug use and abuse, the afterlife. "Maybe it's our social climate, but my opinions on these subjects have become more and more fluid," Barnson says. "Our culture seems more extreme and entrenched, and I find myself unsure about my personal reflections. These songs are less of a stance on any of these subjects and more of a critique." He adds,"These songs are products of luck, instability and a slight obsession with Brian Eno's Here Come the Warm Jets."

With regular gigs around Salt Lake Valley and the support of his family and friends, Barnson says he's thrilled to be "back in my motherland playing rock-'n'-roll." He and his wife have young kids, and they're excited about exposing them to the same childhood touchstones they grew up with: Lagoon, Hogle Zoo, Zion National Park. "Our first year back, we did the whole Utah experience in record time," he says.

But it's the thriving music community that really made Barnson happy to come to home. He says every show he plays at Kilby Court, Velour and The Urban Lounge gets him high on nostalgia. Shuttling north and south from his Riverton home, he thrives on the distinctive music scenes in Provo, Ogden and Salt Lake City. "Despite the stereotypes about our state, there's always been a constant flow of solid, relevant music in and out of here," he says. "What's interesting to me now is the amount of success on a national level. Growing up, maybe I didn't notice, but I can't remember many bands breaking out of Utah—or even really wanting to. Now, there are artists from all genres doing really well after starting out in SLC or the Happy Valley. That's a huge credit to our music community."