Guides » Back to School

Back to School 2010: Discovering Uncanny Utah 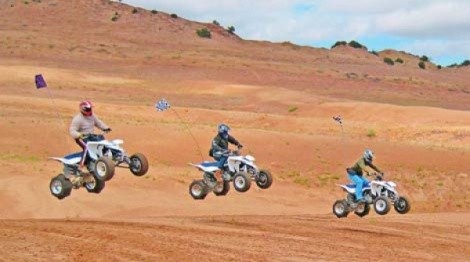 When meeting someone new outside of Utah, one of the first questions I generally am asked is, “Are you Mormon?” That often is quickly followed by questions about what is there to do in a state known for its conservative morals, religious zealotry, powder snow and ... hmmm, not much else.

University of Utah junior Jonathan Abbott, who hails from the greater Washington, D.C., area (Maryland, to be exact), said that the U’s big-school environment, the prospect of qualifying for cheap in-state tuition and opportunities for powder skiing were enough to get him out of metro D.C.

“I thought Utah was a sweet place to ski with a bunch of Mormons,” he said, but added that his perception of Utah has changed since living in Salt Lake City for two years. Before arriving here, he expected to be surrounded by LDS students.

“I figured that every other kid would be a super-conservative, sheltered LDS member who did not know anything about the rest of the world. That view has changed drastically,” Abbott said. “I discovered that Salt Lake City is a very diverse city, maybe not ethnically, but diverse in terms of different ideas.”

According to the environmental-studies major, Salt Lake City does not compare to the big cities he is used to on the East Coast. But what it lacks in big-city entertainment, he says, it makes up for in outdoor adventures.

“The area around Salt Lake City is awesome because of the mountains and other outdoor activities, like the countless national parks and wilderness areas,” Abbott said.

Here are some of Utah’s more hidden treasures that might impress even the locals.

Little Sahara Sand Dunes
U.S. Highway 6, Eureka, 435-433-5960,
Utah.com/playgrounds/ little_sahara.html
Utah’s sand dunes are one reason to be pleased about living in a desert. Located in the Sevier Desert in central Utah four miles west of the Jericho Junction, the 700-foot-high sand dunes are open year-round to visitors of all ages. Hike or drive up and down the hills of sand and stay overnight at any of four campsites—and hey, it’s on the way if you’re road-tripping to Vegas.

Next: Back to School 2010: Looking for Love Online