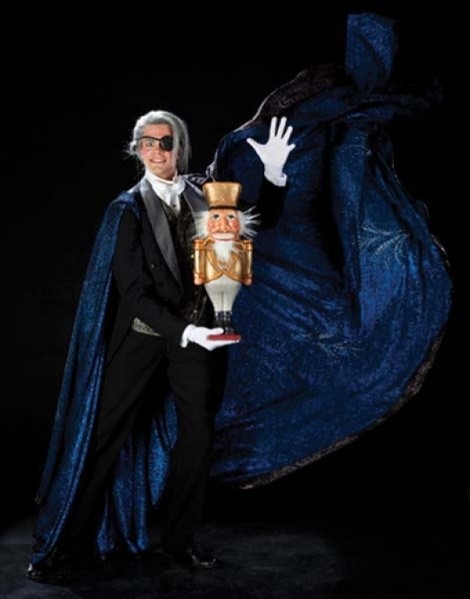 The story behind Tchaikovsky’s ballet The Nutcracker is familiar and straightforward: See, there’s this little German girl named Clara Stahlbaum, whose godfather, Drosselmeyer, is a magical toymaker. He gives Clara a really cool nutcracker as a Christmas present, and she is overjoyed because, in those days, kids loved nutcrackers.

Clara’s brother, Fritz, doesn’t get a nutcracker; all he gets is a stupid drum. By this time, the kids are all hopped-up on sugarplums, so, naturally, Fritz goes into a jealous fit, smashing the nutcracker, upsetting Clara and triggering the inevitable high-drama Christmas nightmare—which is why Mr. and Mrs. Stahlbaum drink so much eggnog during the holidays.

Fortunately, Herr Drosselmeyer saves the day with a flourish of his magic hankie: The nutcracker is restored and Clara is persuaded to stop hitting her brother over the head with a toy bugle. Later, Clara falls asleep under der Tannenbaum, and then there are these giant evil mice, and the nutcracker comes to life, and a battle ensues, followed by refreshments and an international folk-dance festival, and … oh, I don’t know. It’s just random and trippy, is what it is.

The narrative may not make much sense, but as escapist spectacles go, The Nutcracker is brilliant. Everybody must see Ballet West’s world-class production at least once in their lives; for many folks, it’s an annual holiday custom. And, if the traditional version isn’t crazy enough for you, Ballet West offers The Nutty Nutcracker Dec. 30-31, featuring even more wackiness and humor—if you can imagine!