Dad's Day Duel
Bambara (202 S. Main, 801-363-5454, Bambara-SLC.com) hosts a Father's Day Duel on Sunday, June 19, which features a beer pairing dinner pitting the tastes of Executive Sous Chef Brian Kenney against Assistant General Manager Jason Nardone. Four courses will be paired with two beers per course. Customers will decide who came up with the best pairings and have a chance to win a free weekend night at the Hotel Monaco. 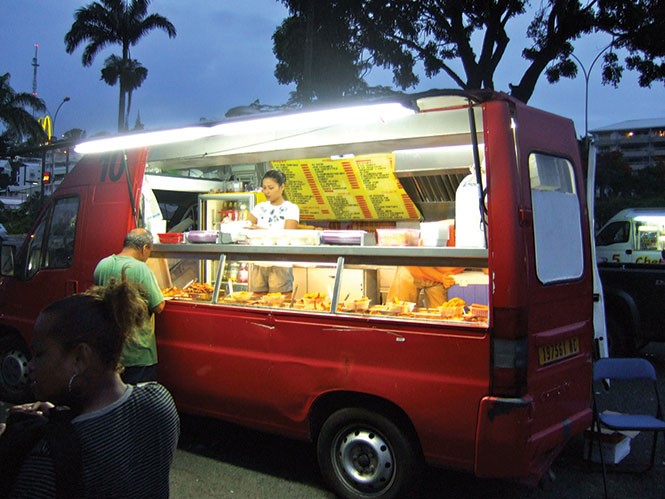 Olympic Food Trucks
Combining the joys of skating and grazing, The Utah Olympic Oval (5662 Cougar Lane, Kearns) has announced its partnership with the Utah Food Truck League. Every Wednesday night during the summer, visitors to the Oval can enjoy great food from an array of local food trucks along with public ice skating. Guests are invited to beat the heat from 7-9 p.m. in the climate-controlled arena; the food trucks will operate from 5-8 p.m. Among them are The Matterhorn (a gourmet French toast truck), Silver Moon Taquería (Utah's first and only fish taco truck), Cupbop (Korean barbecue in a cup), Shylo's Mobile Café (artisan sandwiches, soups, fries and pies), Casa De Soul (Southwestern fusion and comfort food) and Tushar Brazilian Express (fast-casual Brazilian fare). Public skating admission is $3.50 for ages 3 to 12; $5 for participants 13 and older. UtahOlympicLegacy.org.

Take Dad Glamping
The Conestoga Ranch luxury-camping destination at Bear Lake is gearing up to celebrate dads on Father's Day weekend. Festivities kick off on Friday evening, June 17, with a western barbecue at the resort's Campfire Grill Restaurant. Dinner is complimentary for dads and $24 for other adults; $16 for kids 12 and under. Live entertainment will be provided by Sam DeLeeuw, a poet, humorist and emcee. Saturday, June 18, feature a bean toss, ping pong tournament and pizza-making contest, with prizes from the Conestoga Ranch General Store. The crowned pizza winner will receive a one-night stay in a Conestoga wagon during the 2016 season. Saturday night's entertainment at Campfire Grill will feature western outlaw music by GT Hurley, a Montana-based singer-songwriter. ConestogaRanch.com.

Quote of the week: "Where you eat is sacred."—Mel Brooks