Does anti-SB314 lawsuit have a chance? 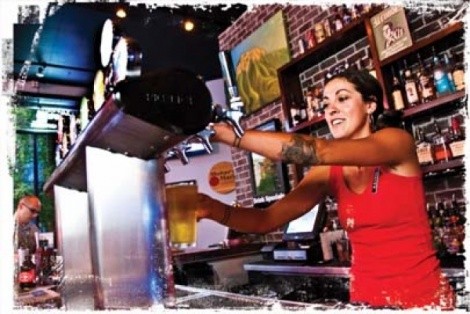 Bar talk at Utah’s embattled social clubs and taverns became fighting words on July 1, when the Utah Hospitality Association sued the state in federal court over the passage of Senate Bill 314. UHA says the bill—sponsored by Sen. John Valentine, R-Orem, in the 2011 legislative session—violates federal anti-trust law by restricting bars’ ability to offer drink specials: a move that amounts to price-fixing, argues the UHA, a nonprofit trade group. The suit also challenges the state’s quota system that allots liquor licenses based on not only population, but also a new provision in the law that ties new licenses to increasing the number of Utah Highway Patrol officers who’ll keep an eye out for drunken drivers.

“It would benefit all of us to have that law overturned,” says Tim Ryan, owner of ’Bout Time Pub & Grub sports bars located throughout Salt Lake Valley. “It completely contradicts the notions of a free market and of personal freedoms.”

But professor Barak Orbach, an expert on anti-trust law and government regulations at the University of Arizona, says while SB314 is a bad law that stifles business, it won’t be overturned by the equally bad arguments in the UHA’s lawsuit. “There are other ways to attack the law than anti-trust,” he says.

The lawsuit argues that the state “conspired to supplant the federal government’s authority over commerce by enacting amendments to the [Alcoholic Beverage Control] Act that created illegal restraints on trade.”

“The federal government can protect us from the state, that’s why it was filed [in federal court],” says David Trenton, president of UHA. He says bars had to push back on the law because of the “undue hardships” the law placed on Utah businesses.

Orbach says that SB314 is a poorly written law that is being challenged by an equally poor lawsuit. While it is true that the state’s regulation of alcohol and price setting could be considered a violation of the seminal anti-trust law known as the Sherman Act, there’s one major problem, Orbach says: States are exempt from the act.

“The state has power to regulate prices,” Orbach writes via e-mail, giving the example of how local governments set taxi fares.

Valentine says his research agrees with that assertion and that he’s also confused by the fact that the lawsuit would repeal SB314, which he says also gave concessions to drinkers, including allowing liquor service in restaurants at 11:30 instead of noon, and allowing for individual drinks in hotels instead of only bottle service. He says the legislation also sought safer practices of encouraging higher food-to-alcohol ratios. “Some of the members of the hospitality association are trying to encourage consumption on its own,” Valentine says.

After the Legislature abolished private-club memberships in 2009, lawmakers became concerned that the relaxed laws were encouraging overconsumption of alcohol, which, in turn, was creating a public-safety threat. The UHA’s lawsuit says the Legislature was using the unfounded premise as a scare tactic. The UHA cites a 2011 report to the Legislature by the Utah Commission on Criminal and Juvenile Justice, which found arrests in 2010 for driving under the influence “to be very similar to previous years.” In March 2011, City Weekly reported there were fewer DUI arrests in 2010 despite increased statewide DUI sobriety checkpoints. There were also 235 drunken-driving fatalities in 2010, compared to 244 in 2009.

Despite that, the Legislature easily passed SB314, which, among other provisions, prevents clubs and bars from changing beer prices from one day to the next—a restriction that had already been imposed on cocktail specials years earlier. The bill also states that new liquor licenses will be issued only if more Utah Highway Patrol officers are hired to match the increase in licenses. Licenses are also linked to population levels, a quota that, despite recommendations from legislative auditors to add new licenses, the Legislature refused to amend.

Bartenders scoff at the Legislature’s idea that a daily $2 Corona special constitutes a public-safety threat. It’s the scarcity of liquor licenses, though, that draws ire from potential and existing bar owners.

Ryan has been on the offensive, challenging the quota system in past months at DABC meetings and on his business’s Website. He says he was even approached about joining the lawsuit but says his bar is not one of the unnamed plaintiffs.

He says the Legislature’s teetotaling ways are hurting business owners like himself.

“Since 2009, we’ve added 120 new jobs and collected $300,000 in sales-tax revenue. We are helping a very down economy in a socially responsible manner—we have no violations at any of our establishments,” Ryan says of his four current locations. While he’s looking to expand to two new locations, he says doing so is risky.

“It’s estimated by the DABC that no new [full liquor licenses] will be issued for 18 months to two years,” Ryan says. “So, as a qualified applicant, I can’t go and pay a fee and get my license.”

Valentine doesn’t expect the state to back off the challenge, which he sees as a clear states’ rights issue. Nor does he expect the quota system to be changed. Since quotas in Utah were instituted in 1935 and have remained in place since, he says state leaders have followed a simple guideline.

“We’ve stayed with quotas because we wanted an environment that didn’t encourage [alcohol] consumption but allowed it,” Valentine says. “We’ve kept that same philosophy, and I don’t see us changing it.”

Orbach, however, says it may be too soon for Utah drinkers to start crying in their beers. “Under the 21st Amendment, states have jurisdiction to regulate alcohol within their borders,” Orbach says. “However, the Supreme Court has stressed that the 21st Amendment does not license the states to ignore their obligations under most provisions of the Constitution.” One provision he points out is the Dormant Commerce Clause, which prevents states from improperly burdening or discriminating against interstate commerce—like burdening Utah’s hospitality industry, for example.

Ultimately, Orbach says, the law seems “designed to fail” in its overreaching in regulating the industry in favor of curbing alcohol consumption.