Catch up on the Caped Crusader 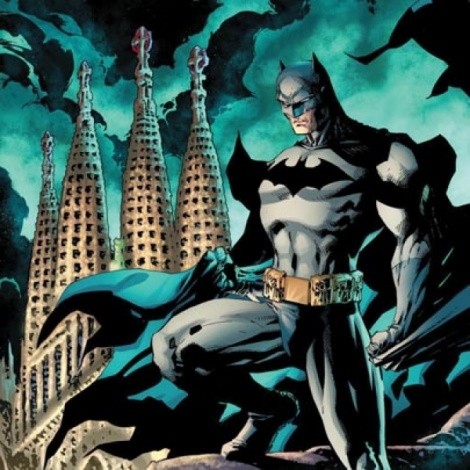 Did you know Batman is close to turning 75? Your favorite comic-book character is older than most of your parents. It’s staggering to think about, really.

I think most people are fans of Batman. He’s consistently voted one of the most popular characters ever, but I wonder how many people are actually reading about his exploits in comic-book form. In June 2011, the highest-selling Batman title only sold about 57,000 copies. And it’s not because they’re not good; they’re the best they’ve been in a long time. People just don’t read comics as much anymore.

But I don’t blame people for being hesitant to jump in and read Batman. In 70-plus years, there have been thousands of issues, collections and stories, not to mention all the baggage from the TV and movie iterations of the character. It’s a lot to wade through.

To that end, I’ve decided to make things easy for you. Below is a list of the best of the best for you to check out so that when Batman starts over with a brand-new No. 1 issue next month, you’ll be ready and raring to go. I’ve put them together in the order you should read them.

Batman: Year One: This is the definitive origin of Batman as told by Frank Miller and David Mazzucchelli. It was half the inspiration for Christopher Nolan’s Batman movies. Clocking in at less than 150 pages, you can usually find it for under $10.

The Long Halloween: Part Godfather-like family epic, part murder mystery for the ages, Jeph Loeb and Tim Sale’s magnum opus—and its sequel, Dark Victory—are two of the best-written books in Batman’s mythos. These are two books I insist anyone interested in Batman read.

Venom: Batman stories at their best are stories about him at his weakest. This story shows you how someone as incorruptible as Batman could find himself hooked on performance-enhancing drugs. And he gets to fight a shark.

A Death in the Family: My favorite Batman story ever documents the death of Jason Todd, the second boy to wear the mantle of Robin. It’s heartbreaking and graphic. This and The Killing Joke are, in my opinion, two of the greatest stories about The Joker ever told.

Knightfall: Those interested in the final installment of Christopher Nolan’s film trilogy would be most interested in this series, which documents the origin of the villain Bane and how he breaks Batman’s back. Though they scream “1993,” they stand up as good storytelling from the era.

No Man’s Land (Vol. 1-5): Imagine an earthquake shatters Gotham City, and the damage is so extensive that the federal government declares Gotham City a no man’s land—but most lifelong residents stay, as well as plenty of supervillains. With gangs forming for survival, this is as close to Mad Max as the Bat universe could get. It’s a fantastic series and a turning point for many of the ancillary characters in the Bat family, particularly Commissioner Gordon.

Batman: Hush: Jeph Loeb and Jim Lee teamed up to tell one of the most confounding mysteries in Batman’s life. Few stories have ever gotten me so involved with emotion and intensity, and it gave us some of the first real glimpses into Bruce Wayne’s childhood. And he gets to punch Superman in the face.

The Black Mirror: This is perhaps the best set of Batman comics to come along in at least a decade, maybe more. As written by New York Times best-selling writer Scott Snyder and drawn in a realistic, gritty style by Jock, Dick Grayson—filling in for Bruce Wayne (long story)—is forced to deal with one of the most horrifying and personal threats he’s ever encountered.

If you read just these stories, you’d have such a thorough background in the Batman mythos that you could tackle any run ever and never have a problem following it in the timeline. Batman No. 1 (as well as a host of other great Bat-family titles) hits comic-book stores in September. Go in and start—there’s no better time to jump in.