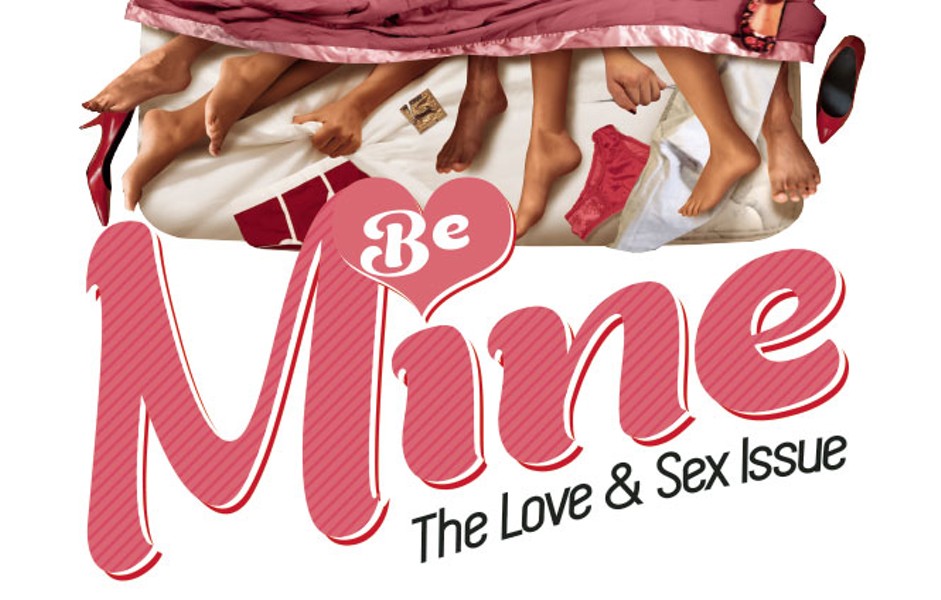 Birds do it, bees do it, RMs do it (tisk, tisk), even your parents did it (and that's why you're here ... eew!) Sex—the nasty, the deed, the dirty-dirty, becoming one (for all you doe-eyed lovebirds out there)—is one of the most sincere, primal, passionate and, if you're me, sometimes comical human experiences.

In this issue, we take a non-judgmental look into sex in the Beehive. We also celebrate different expressions of love and tie it up (shibari-style) with a big pink Valentine's bow.

But who was this Valentine we all celebrate? According to an old book of love stories handed down in my family from generation to generation, **cough, Wikipedia** Saint Valentine of Rome was imprisoned after celebrating nuptials for soldiers who at the time were forbidden to marry. He also ministered to Christians, which was a big no-no during the Roman Empire rule. Lore says he languished in a damp cell, and before his execution wrote a letter to his jailer's daughter, signed "Your Valentine."

Whatever the case might be, and dating back to its roots as a pagan fertility free-for-all bash, mid-February is the time to show that special someone in your life how much you love them by signing your name on a card in a non-eloquent way or rocking a pair or sexy red undies that'll have you wondering the next day whether it was the polyblend or the encounter itself that gave you a rash.

Still, even those of us jaded by its commercialization can find sweet moments in the Technicolor holiday. People like Misty Aragon and John Beard who, like Rihanna before them, found love in a hopeless place (p. 18). Inside these pages, you'll also come across the story of a young entrepreneur who sought to create an app to keep those that choose to sell their love safe (p. 16).

We wrap it up with a list of films guaranteed to either set the mood or squash it all together (p. 23). We'll let you choose your own adventure on that one. Look at you, you're glowing!

So here's to you, St. Valentine, who I'm sure in his last moments thought to himself, One day, they'll commemorate my death by selling a heart-shaped box filled with Jack Link's beef snacks at Walgreens, so this will all be worth it.