Beasts of the Southern Wild

Below the raves, above the backlash 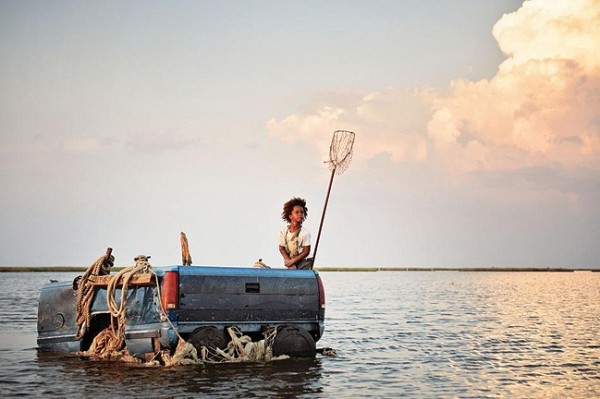 When it comes to movies, “buzz” is a potentially game-changing—and potentially heartbreaking—
phenomenon. And Beasts of the Southern Wild has felt both sides of the equation.


At this year’s Sundance Film Festival, Benh Zeitlin’s debut feature erupted from its first public screening with rapturous response that made it the must-see entry in the U.S. Dramatic Competition—which made it a particular frustration for your humble narrator when other screenings became impossible to get into.

The adoration carried Beasts to a Grand Jury Prize victory in the festival’s awards, a theatrical distribution deal and eventually out into the wider world—where it was pounced upon with the inevitable “overrated” backlash that seemingly awaits every beloved pop-culture creation.


But what if the more reasonable path lies somewhere in the middle? What if Beasts of the Southern Wild heralds the arrival of a gifted filmmaker, wrestling with a story that tries to do too much?


It’s easy to understand the appeal of the film’s first act, which introduces us to the world of 6-year-old Hushpuppy (Quvenzhané Wallis). Living in a teetering, collapsing mobile home perched on makeshift stilts, Hushpuppy is looked over—though only nominally—by her father, Wink Doucet (Dwight Henry), in the absence of her mother. But there’s a wider, tightly knit community in the place known as “The Bathtub,” one that’s full of celebration and life despite the apparent poverty—and Zeitlin explores it with often-fascinating imagery, a hypnotic blend of stark, hand-held realism and visions of ancient, almost mythological creatures.


He’s also navigating the tricky waters of a child’s-eye view, which always presents the potential for mawkishness and shallow emotional appeal. Yet there’s an edge even to situations that could have been rote tear-jerkers, like Hushpuppy carrying on conversations with her absent mother, represented by a left-behind basketball jersey. Wallis captures something different than simple threatened innocence in Hushpuppy, a toughness conveyed by the character’s simple desire to leave behind some evidence to history that she once existed.


Beasts of the Southern Wild is so compelling as a character study that it’s somehow disappointing when it veers into obvious allegory. A violent storm leaves The Bathtub largely underwater, and for most of the film’s middle section, Zeitlin begins spinning a stylized re-imagining of the post-Hurricane Katrina Lower Ninth Ward. Hushpuppy and Wink search for survivors in a pickup-truck bed converted into a motorboat; Wink and his friends turn their frustration at their situation into possible violence; Hushpuppy and Wink find themselves forcibly relocated to a refugee facility. The story begins to sprawl in a variety of directions, leading to a sequence where Hushpuppy and a few of her young schoolmates head out to sea and, ultimately, find themselves on a floating brothel. It’s an ambitious collision of the symbolic and the literal that reaches for more than it can reasonably grab.


That approach proves most frustrating once Beasts finally narrows its focus to the relationship between Hushpuppy and Wink. There’s a unique dynamic at work there, as the father—suffering from a life-threatening illness that’s never specifically named—offers little emotional comfort and seeks mostly to impart fundamental survival skills like how to catch a fish with your hand and how to tear into a crab. But Wink too often becomes a hazy, representational figure, not the flesh-and-blood man whose scenes with Hushpuppy are intended to provide the film’s heart. Beasts falters when it fails to be a story about people and instead becomes about a situation that people need to endure.


What remains are individual images that grip you with their startling power: a festival of fireworks; Hushpuppy staring down the manifestation of the primal threats the residents of The Bathtub face; a final march of survivors that seems like a demonstration of supernatural collective will. At a festival like Sundance, where innovative visual storytelling is sometimes in short supply, it’s easy to understand why Beasts of the Southern Wild felt like a revelation. And with a few months of distance, it’s easier to see how a film that reaches for greatness—however noble the attempt—isn’t quite the same as a film that achieves it.

BEASTS OF THE SOUTHERN WILD