Beer at the Basin 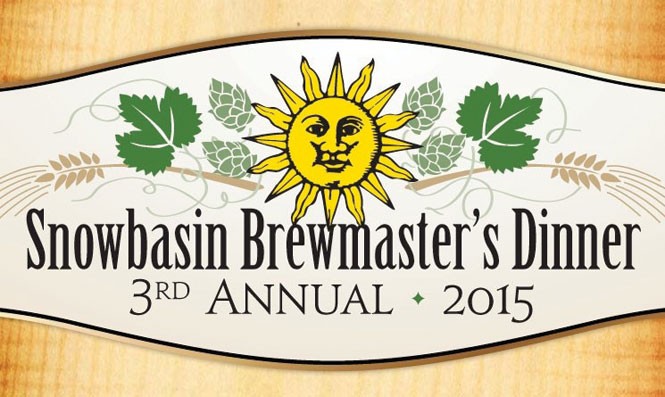 
After a day of skiing Snowbasin Resort's endless untracked powder, a cold brew is just what the doctor ordered. Well, on Friday, Jan. 16, the third-annual Snowbasin Brewmaster's Dinner will feature Uinta Brewing Co. beers, live music and a complimentary pint glass for all guests. The festivities will kick off at 6 p.m. at Earl's Lodge with smoked dry-rub pork ribs, deviled eggs, a selection of cheeses, and blue-cheese flatbread paired with guests' choice of Hazel Amber Wheat Ale or Wyld Extra Pale Ale. That'll be followed by spicy lamb-sausage-stuffed potatoes and Trader Session IPA. Main courses include sweet-potato gnocchiwith rabbit ragout, with King's Peak Porter; and butter-braised cod en papillote, paired with Yard Sale Winter Lager. For dessert, there's mile-high pear pie a la mode with Anniversary Barley Wine Ale. Reservations are required, and all guests must be 21 or over. The cost is $65 per person. Call 801-620-1021 to reserve your spot, and visit Snowbasin.com for more information.


Through Jan. 31, Rodizio Grill (600 S. 700 East, Trolley Square, 801-220-0500, RodizioGrill.com) will bacon-ize its meaty menu with a bevy of bacon-inspired dishes to supplement the endless churrasco rodizio. There's no extra cost for the bacon bonanza with dinner, which includes items such as bacon lover's cheese bread, bacon-cauliflower chowder, grilled peppered pork belly, bacon-wrapped applewood ham, a variety of bacon salads and even a bacon dessert: bacon-brittle cream and bacon-laced rabanada, which is sort of a Brazilian French toast.


Look for a new Moochie's Meatballs & More (MoochiesMeatballs.com) location to open in Lehi at 380 N. 850 East the week of Jan. 19. Following the success of the Salt Lake City and Midvale Moochie's, owner Joanna Rendi is bringing her bodacious cheesesteaks, subs, pastas, salads and more to Utah County, so be sure to brush up on your cheesesteak-ordering skills: "Wit Whiz, or witout?"

Quote of the week: I believe that if I ever had to practice cannibalism, I might manage if there were enough tarragon around. —James Beard