How to match your suds & snacks 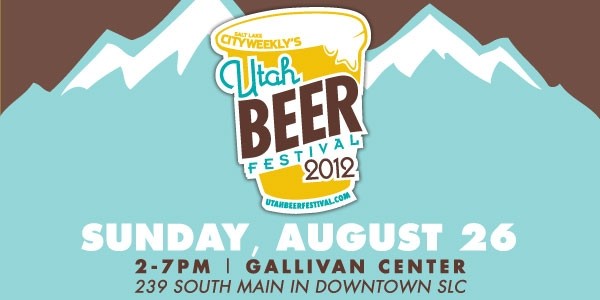 Wine geeks like to play the wine-and-food matching game. That’s where a specific wine or wine varietal (aka grape) teams up with a particular dish in the hope that each will bring out the best qualities of the other. It’s rare, in fact, that I see articles about specific wines that don’t include advice on what to eat with them. “This Alsatian Pinot Gris will be drop-dead gorgeous alongside a big plate of choucroute garnie!” for example. I’ve given such wine-pairing advice myself more times than I can count in many years of Drink columns. Beer, however, seems to get short shrift among the food-and-beverage pairing elite.

It makes just as much sense to think about pairing different beers with various kinds of food as it does wine, right? And yet, most of the beer-pairing dinners I’ve attended revolve around the use of specific beers in dishes, not just accompanying them. So, a steak might have a rich Stout sauce and then, almost as an afterthought, the Stout will be served alongside the steak. There’s nothing wrong with that. But, I’d like to see more restaurateurs, chefs and sommeliers selecting and recommending beers to customers that can enhance a particular menu item—the way they do so naturally with wine. I mean, when was the last time a sommelier or server suggested a specific beer to sip along with your appetizer or entree?

It occurred to me that the 2012 Utah Beer Festival—Aug. 26 at the Gallivan Center—will be not only an ideal place to sample some 85 craft-brewed beers, but also to try out some unique food-and-beer pairings. The Utah Beer Festival provides an ideal “laboratory” for discovering if hefeweizen pairs well with cheese, whether IPA is a good match for baklava or if a Czech-style pilsner would be a good partner for a south-of-the-border enchilada.

Don’t get me wrong: Neither beer- nor wine-and-food pairings need be precious. I’m not a snob when it comes to drinking wine or beer with a meal, and I’ll basically drink whatever I want alongside whatever I’m eating. However, hitting on perfect pairings is kind of a rush, even if it’s as simple as discovering the sensational synergy between something as simple as popcorn and Champagne—a food-and-wine pairing that my sommelier/wine seller colleague Josh Wesson calls “Blockbuster helper.”

A place to start with pairing food and beer is to separate the two most basic beers: It might be useful to think of ales as red wine and lagers as white, and then apply the basic red- and white-wine rules to them. You probably want to drink lagers—which tend to be lighter in body and flavor—with lighter foods. Heavier ales will be better partners for bigger, richer dishes or foods. As there are no hard and fast rules concerning wine pairings, this is only a suggestion, not a law. You should experiment with all sorts of different beers and all sorts of different flavors.

The Pie Pizzeria is a ubiquitous presence at local fairs and festivals, and they’ll be at the Utah Beer Festival, too. If I were munching on a slice of The Pie’s cheese & pepperoni pizza, I’d look for a beer that would help cut through the fattiness of the cheese and spiciness of the pepperoni. A clean, crisp American lager like Moab Brewery’s Rocket Bike Lager would, I think, be a good foil for a greasy, delicious slice o’ pie. Ditto Bohemian Brewery’s classic Czech-style Pils. One more I’d try is Desert Edge’s Summertime Kristalweizen, which is plenty crisp enough to slice through The Pie’s melted cheeses.

Along with their craft beers, Hoppers will be serving up garlic burgers and beer brats at the festival. I’d turn to a classic European-style autumn brew to drink with a brat, such as Gordon Biersch’s MÃ¤rzen, where the dark flavors of malted barley and caramel aftertaste should go great with bratwurst. What about spicier foods? Well, Curried Away will be serving chicken and potato curry bowls at the 2012 Utah Beer Festival, along with potato samosas. There’s a spicy element in most curry preparations (hot chilies), along with sweet and tart flavors of chutney, turmeric, tamarind and such. Probably the most obvious beer pairing for curry would be India Pale Ale, and there are plenty good examples of IPA available at the festival, including Epic Brewing’s full-strength Hopulent IPA, Red Rock’s Elephino Double IPA and Sierra Nevada’s Torpedo IPA. Thinking a little more out of the box, I’d also try curry dishes with Uinta’s Tilted Smile Imperial Pilsner and Full Sail’s Premium Lager.

If you come across any particularly good food-and-beer pairings at the Beer Festival, please share them with us by commenting on this article at CityWeekly.net. Have a great Beer Fest!