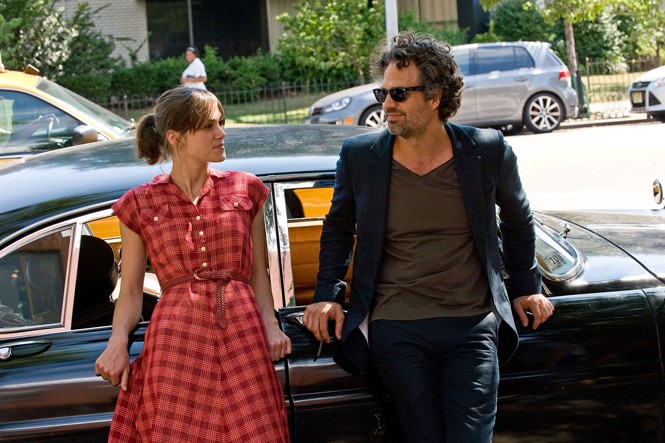 
A songwriter (Keira Knightly) splits from her douche-y boyfriend (douche-y Adam Levine) after he lands a record deal, but soon catches the ear of a music exec (Mark Ruffalo) in this romantic period flick about the dead recording industry. (TWC)


A kidnapped wife held for ransom (Jennifer Aniston) learns that her wealthy husband (Tim Robbins) already has a young mistress (Isla Fisher) to replace her. Based on an Elmore Leonard novel and plain ol' common sense. (Roadside Attractions)


Fundamentalist Mormon prophet Warren Jeffs (Tony Goldwyn) marries all of his dead father's wives and takes control of his polygamist following. Based on a true story a certain church's PR branch would just like you to forget about already. (Sony)

Wish I Was Here


Beneath, Child of God, Deliver Us From Evil, Free Fall, Good People, Grace: The Possession, Jamie Marks is Dead, The Last Showing, The Middle: Season 5, Plastic, The Prince, Raw Cut, The Reckoning, Running From Crazy, Soulmate, WKRP in Cincinnati: The Complete Series