Beau Babka knows that in Salt Lake County's world of politics and power, no cop is too big to fail 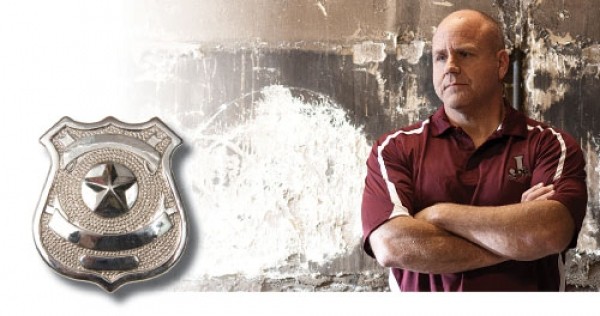 On Jan. 11, 2011, two senior investigators from the Salt Lake County District Attorney knocked on the door of a house in Draper. They had been assigned by District Attorney Sim Gill to arrest Cottonwood Heights patrol officer Beau Babka.

Babka had no idea he was facing arrest until minutes before the investigators arrived at his door. Babka paced the living room in tears, “full of emotional energy,” recalls then-senior D.A. investigator Craig Watson, who had worked a case and taught classes with Babka.

Watson drove Babka to the Salt Lake County lockup—the jail Babka had been in charge of as county under-sheriff just a few years before—where he was booked on two counts of misusing public money. Babka, left all but bankrupt by a failed campaign for Salt Lake County sheriff, had been caught on videotape buying gas for family cars with a credit card belonging to the Cottonwood Heights Police Department.

Less than an hour after his prints and his photograph were taken, Babka walked down the ramp from the jail to be met by reporters who’d been tipped off about his arrest. In his years as a police public-information officer, a congressional candidate, and a candidate for county sheriff, Babka had cultivated relationships with dozens of reporters. But when one reporter asked how he felt about betraying the public trust he’d held for so long, he was silent.

“That was the lowest point, ever,” Babka says now. “Ever.”

On May 12, 2011, Richard Aldrich Babka—Beau is a nickname—took a plea in abeyance on two counts of misuse of public money, which were amended to class A misdemeanors.

“Beau was an Adonis, a beautiful officer,” says attorney Greg Skordas, who represented Babka on the charges of misusing public funds. Skordas saw Babka’s fall from grace as a tragedy. “He was a cop’s cop, and very revered, which was why it broke so many hearts.” Babka’s high-profile image, Skordas says, in effect sealed his fate. “The bigger they are, the harder they fall.”

It’s been three years now since the gas-theft scandal immolated Babka’s career, and in that time, his jobs have become only more menial. In fall 2013, he started work driving delivery trucks for Nabisco during the day and working the graveyard shift at Walmart filling dairy shelves.

One late night, Babka was stacking milk cartons when he heard giggling behind him. Two well dressed couples were staring at him. “Look,” one of the young men said, “it’s the great Beau Babka, shoveling frozen food.”

CHANGE THE WORLD
After he joined South Salt Lake Police Department in 1992, Babka’s role in the law-enforcement ranks swiftly grew, including a brief reign as the department’s chief of police.

While it was “a small kingdom,” says investigator Watson, “nevertheless, he was the king.” In 2006, Babka’s power was such that Winder and GillÂ­—then a Salt Lake City prosecutor—sought his political endorsement, for county sheriff and district attorney, respectively.

But Babka’s career also saw three failed election races, a disappointing 18 months as the under-sheriff to Salt Lake County Sheriff Jim Winder, and an eventual public crash & burn in the aftermath of his run for sheriff against Winder.

For someone so focused on advancement, former colleagues and friends say, Babka’s ambition outstripped his resources and experience, both as a leader and as a political player in the precarious, power-heavy world of policing.

Babka finds such criticisms irksome. He says that when people asked him why he wanted to run against then-longtime incumbent county sheriff Aaron Kennard in 2002, his response, basically, was, why not?

But Babka soon discovered that the complicated power structure of the Salt Lake Valley’s law enforcement was made of stronger stuff than even the force of his personality and never-say-die outlook.

Babka says he was simply a pawn in a much-larger struggle between Winder and Cottonwood Heights Chief of Police Robby Russo that was rooted in what Winder now calls “the still-fresh wounds” of Cottonwood Heights forming its own police department in 2008.

Babka says he’s a risk taker, “that’s the competitor in me. I knew the consequences of going with Winder and Russo. I believed in both men. I just didn’t have the power base to survive.”

Former South Salt Lake Police Chief Bob Gray, who also served as mayor of the city, says that the battle between Salt Lake County and its cities over who gets to run law enforcement in the valley has been raging for 50 years. The turf war resurfaced in the public’s view in early February, when a Sandy resident having a heart attack died after his 911 call went adrift in the valley’s multiple emergency-call systems. 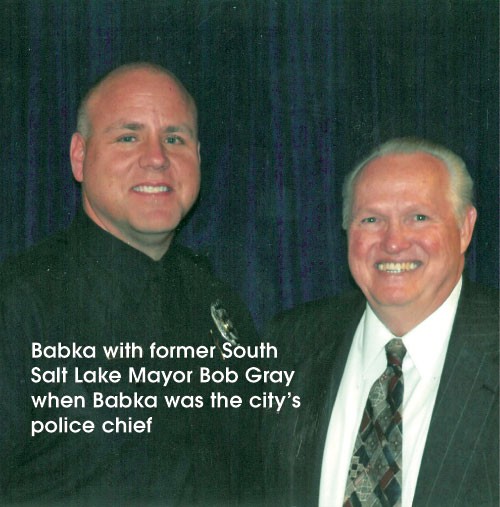 There have been several unsuccessful pushes for voters to support turning the valley into a metro department “where the sheriff would be king,” Gray says. But most cities preferred having local control over law enforcement.

“It all depends on the window you look out of,” says Russo, who worked for 25 years at the Salt Lake County Sheriff’s Office before landing the top spot in the newly minted Cottonwood Heights Police Department in 2008.

Russo hired Babka in August 2008 after the latter was fired by Winder from the Salt Lake County Sheriff’s Office after it came out that Babka had secretly put his name forward for a sheriff’s position in California.

Russo, according to Babka, held a longstanding grudge against Babka; Babka says Russo hired him in the spirit of “the enemy of my enemy is my friend” so that Babka could run against Winder for county sheriff in 2010.

Russo denies knowledge of any animosity between him and Babka and says his job offer was a gesture of goodwill to a fellow officer who was qualified to teach Drug Abuse Resistance Education, something his department needed.

Several former Cottonwood Heights officers City Weekly interviewed see it differently. According to one officer, Babka was “appointed to a position that didn’t exist so he could run against Winder. When he lost the election, he was put under the microscope” in order to get rid of him.

And in the days after Winder was re-elected, Babka dutifully provided the opportunity. In a fit of spite over what Babka saw as Cottonwood Heights’ failure to keep its word to support his campaign, he stole gas through his work credit card.

Faced with the possibility of prison if he lost at trial, Babka took a plea deal, leaving questions surrounding his professional demise unanswered.

He’s struggled to find traction in the wake of his disgrace. Now employed by a door manufacturer and residing in a borrowed trailer by an irrigation ditch in Draper, Babka says he lives very much day to day.

“I wanted to make a difference in people’s lives,” Babka says. But while he feels the forces aligned against him were too powerful, he says he does spot a recurring factor in his downfall. “The reason why I got the rug pulled out from under me—and this is what needed to happen—was I had to realize who the real Beau was,” he says. “I lost myself, I lost Beau, through all those years of politics, law enforcement, teaching and family—and it was my own fault.”

“GOLDEN BOY”
Babka grew up in Manhattan Beach, Calif. His athlete father, Rink Babka, was a silver medalist in the 1960 Rome Olympics, his mother “a cute little blonde lady” and airline stewardess who grew up in a Mormon family in Salt Lake City before moving to California.

When his parents entered a lengthy, painful divorce, teenage Beau Babka lived through periods of homelessness, sleeping on sofas in coaches’ houses or on the street. The now 51-year-old father of six says the scars from that time still linger.

Babka’s physical prowess—at one point, he says, he could bench-press double his body weight—led him at age 21 to a year with the Seattle Seahawks pro football team. He met his future wife, Kimberley, in Southern California and converted to her Mormon faith shortly after they moved to Orem, Utah, to be close to her family. Babka entered the police academy when he was 25, and after his graduation, joined South Salt Lake Police Department as a rookie officer in February 1992.

As he drives around one night in a truck, revisiting his South Salt Lake stomping grounds, Babka recalls the meth labs they would routinely bust, the gang- dominated trailer parks, the constant influx of parolees seeking cheap accommodation, and the escort and john stings he and others would conduct on State Street. Many of those stings, he says, would end up with an LDS Church member pulling out his temple recommend rather than his driver’s license.