Utah-released hip-hop you shouldn't sleep on 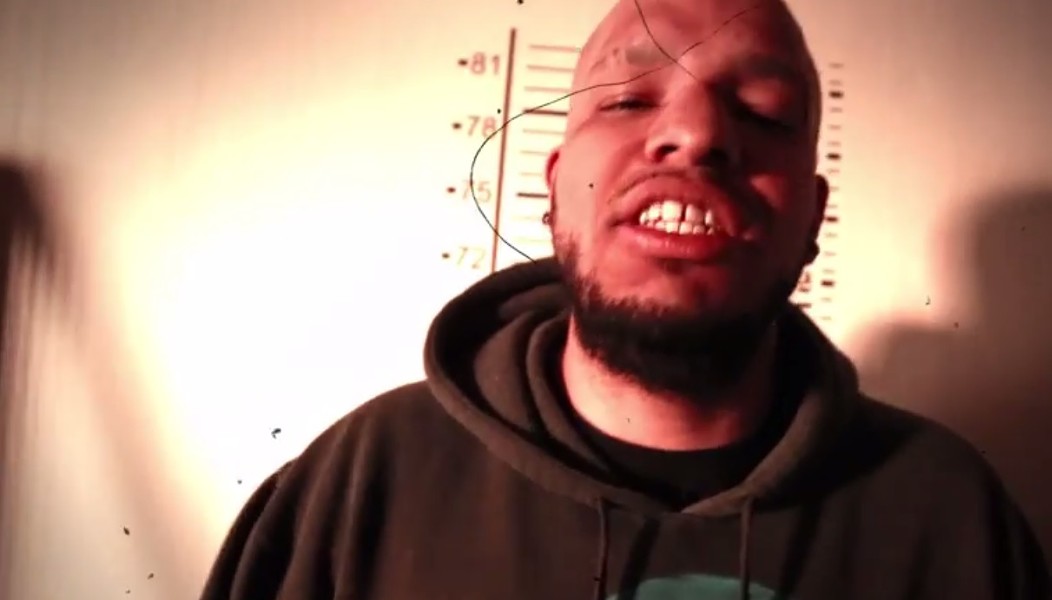 The past 12 months have produced a bounty of great local hip-hop, and the following list represents the year's best albums, EPs, mixtapes and series of singles. The point of this list is to not only praise the individual artists but to also, more importantly, inform you, the reader, about the outstanding hip-hop that's made right here in the Beehive State. Enjoy.


Malev Da Shinobi is a mysterious cat. He doesn't release albums, EPs or even mixtapes. Once a month or so, Malev will just drop a fresh track on his Soundcloud page and almost instantly rack up 3,000 plays. 2014 saw quite a few sterling singles from Malev, including "Human," a smooth golden-era throwback that reflects on the lives lost in the Palestinian-Israeli conflict and the shooting down of commercial airliner MH17. Soundcloud.com/MalevMC


New Jersey transplant uMaNg linked up with Swedish producer B.B.Z. Darney for their 2014 album, The Black Rose Certificate, released on Ill Adrenaline Records. It's a diverse collection of hard-hitting, boom-bap-inspired hip-hop that feels somewhat reminiscent of artists like Snowgoons and Sean Price. These comparisons probably fall short, but uMaNg has a deliberate, articulate style as well as the prowess to pen heartfelt story tracks and creative punchlines. Umang.bandcamp.com


Better Taste Bureau's greatest asset is their ability to create energy. Their 2014 full-length, Outliers, is packed with hype and feels like you're sticking your head out the window of a getaway car. Emcees Hurris and Gig rap exceptionally well and exceptionally fast throughout the entire album, and particularly on tracks like "Out West" and "Rise (Noose II)," which slap like an abrupt hit of smelling salts. But the keystone to Outliers is producer Mason Brewer, who is gradually and humbly positioning himself as one of the best producers in Utah. BetterTasteBureau.com


Calhoon Popadopolis is like the Rick Mahorn of Utah rap. His 2014 full-length, Cheat to Win, released by Lazarus Chamber Recordings, is anything but soft. Calhoon has a commanding presence over producer Yoga Flame Kane's tracks and smashes over bars as if he's the lost member of The Visionaries. Cheat to Win has little to no weak spots, and Calhoon puts listeners in a neckbrace while he waxes poetic about calling out haters, dropping off cash wads and dealing the white horse. Soundcloud.com/YogaFlameKane


Though physical copies of this album were circulating in 2013, Kill the Lights was officially released in April on iTunes. Boomboxx Music has been a consistent source of quality projects (of all sorts of genres), and this album truly covers all the bases. Essentially, KIS.B is a chameleon rapper, and Kill the Lights solidifies him as one of those rare musicians who can effectively create whatever the hell he wants; lowrider anthems, gritty stick-up-kid bangers and even polished club tracks. This album is one of the best Boomboxx releases in years. Soundcloud.com/BoomboxxMusic


Part of the Bearhead clan, rapper HQ and producer Milo Green have been quietly dropping gems for the past couple of years as New Truth, and their latest EP, Truth Hurts, is yet another proper extension of their Southern-infused "Attack the Block" rap methodology. With only eight tracks in tow, Truth Hurts is packed with "ride out" tracks and is probably best heard while wearing a ski mask. HQ's lyrics are raw, tough and honest, and Milo only amplifies his style with his "turn-up," bass-heavy production. BearheadMusic.com


When you rip Mystikal's "Shake Ya Ass" and turn it into something completely different and—more importantly—good, that's an amazing feat. I'm a big fan of the entire House of Lewis crew, but 2014 was without a doubt Donnie Bonelli's year. The Masta Don has an extremely astute, humorous and light-hearted approach to hip-hop, and it works well. His February release, Shakeface, was a massive drop loaded with great hooks, memorable punchlines and clever wordplay. "Wiggle your leg like you're Anderson Silva" is possibly the line of the year. DonnieBonelli.bandcamp.com


Lyrically, West Valley's Cig Burna is one of the best rappers in Utah right now, and his May 2014 full-length, Paradise Lost, cements that fact. The whole project breathes like a grape Swisher and runs the gamut of rugged street anthems like "Frontin Niggas," to "even thugs need hugs" heart-bleeders like "Pour Out." Guest spots include Statik Selektah, Concise Kilgore and VillAGE affiliates Lefty Two Guns and Yung Rip. Local kingmaker Briskoner pairs up with Cig for the majority of the album and lays down some of his best production work to date. CigBurna.bandcamp.com


A followup to 2013's highly ambitious KiLWave series, KiLWave 2 finds rapper Concise Kilgore back in stride with his well-honed "Spit random cool shit that rhymes" style. This collection of 10 boiled-down, reference-heavy summer bangers was released over the span of just four months. Though most tracks are only about 2 1/2 minutes long (sometimes shorter), KiLWave 2 has the dexterity of a full-length album. Every track slaps like a quick dunk in a pre-game layup line—in other words, they're a brief glimpse of how nasty Concise can spit when he feels like it. Soundcloud.com/ConciseKil


WE is essentially a Dine Krew side project consisting of rapper Erasole James and producer Piccolo. Their latest album, E.T.'s Vol. II, is a breezy concoction of cartoon name-drops, weed-laced anecdotes and extremely obscure samples. This project has all the elements of a great hip-hop album; youthful scorn, effortless swagger and uncorked angst. Also, local emcees Atheist, Morris Bars, Dusk Raps and Cannibal J contribute nicely with strong features. This is arguably the best Dine Krew album to date, and if you haven't been paying attention to the Dine family, you're sleeping on one of Utah's most creative rap crews. Piccolo.bandcamp.com
Honorable Mentions


Cannibal J
“Kakoon” and other singles