Best Custom-Fitted Ski Boots
Sports Den
Is it worth paying $100 or more to get ski boots custom fitted? Ski in them afterward and you’ll shout out yes! Suddenly, you’re the skier you’ve always dreamed of being. These great boot fitters examine your stance in your boots and tilt them outward or inward, forward or back, until you’re perfectly balanced on your skis. The hard plastic shell will be heated, stretched and ground down to accommodate a bunion, bony ankle or bone spur. The boots become as comfy as bedroom slippers, while still offering firm support. Fitting is free with a boot purchase. Customizing your current boots costs anywhere from $50 to $150, but it’s worth every penny.
Foothill Village, 1350 S. Foothill Drive, Salt Lake City, 801-582-5611, SportsDen.com

Best Artistic Rebellion
Berg Propaganda
The unnamed artist behind Berg Propaganda had been posting works around downtown Salt Lake City and other cities for roughly two years, earning a respectable reputation in the art community for adding artwork to spots in dire need of change. But Berg earned statewide attention when its works (as well as its paintbrush and roller logo) became prominently featured by photographers as part of the Occupy SLC movement, both in protest marches and in the camps that took over Pioneer Park. Berg may not be the leader, but it definitely became the local symbol of protest.
MySpace.com/BergPropaganda

Best Nonprofit Rides
Salt Lake Bicycle Collective
The hard-working folks at the Bicycle Collective have a vision of our city as a place where bikes outnumber cars and the air is clean. In order to make this dream a reality, the collective provides refurbished bikes for bargain prices and classes in bike repair and riding safety, as well as community bike shops. Also look for its valet bike parking at events such as the Twilight Concert Series and the Downtown Farmers Market. Thanks to the Bicycle Collective, there’s no excuse not to ride a bike—no matter what your age, income or experience level.
2312 S. West Temple, Salt Lake City, 801-328-2453, BicycleCollective.org

Best Ice Workout
Utah Olympic Oval
Skating is a great way to burn calories, and one of the best places for skating is the Olympic Oval speed skating track in Kearns. Three 1/2 laps make a mile; you can easily skate 10 miles without even feeling it. The best part is, you can choose how many calories you’ll burn. Relaxed skating in figure or hockey skates burns about 300 calories an hour; skate faster and you’ll double the burn. For the biggest weight loss, rent speed skates for $2. Speed skating takes more work, which is why it burns about 800 calories an hour.
5662 S. Cougar Lane (4800 West), 801-968-6825, UtahOlympicLegacy.com 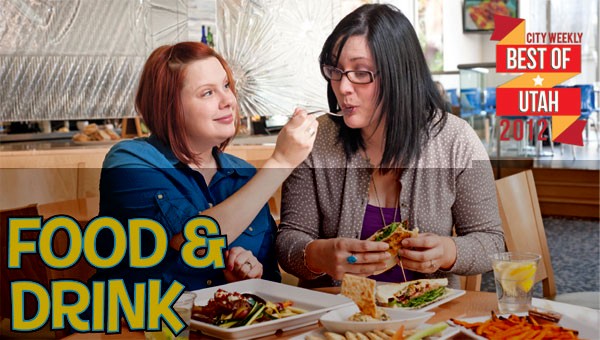 Best Off the Grid
Safe Haven Village
Just when you think city life has become a dull, drab bore, along comes Safe Haven Village, a 90-acre intentional community just south of Spring City. It’s tucked away from view by mountains and hills, yet a mere 15-minute drive from most modern conveniences in nearby Ephraim and Mt. Pleasant. The group favors zero-impact building (what they call EarthShips) for dwellings that are planned to surround a community center. To find out more, become an online member of the community. From there, you can be a guest-for-a-day member, an emergency-refuge member, a part-time member or a full-time resident. The website features photos of construction projects, as well as practical tips for living off the grid. It’s nice to know that somewhere out there, a “Utah-pia” exists.
UtahSafeHaven.ning.com

Best Landfill-Turned-Fertilizer
EcoScraps
We Americans throw away ridiculous amounts of food, most of which winds up occupying precious landfill space and generating methane. So what if a whole bunch of that potentially rotting waste could instead be returned to the soil from whence it came? Salt Lake City’s EcoScraps—which also operates a facility in Tempe, Ariz.—visits grocers and food wholesalers to collect past-its-prime produce and turn it into Harvest Plenty Compost Mix and Harvest Plenty Potting Mix. Your own garden will be bolstered not by chemicals, but by the stuff that came from someone else’s garden.
EcoScraps.net

Best Goat Farm
Drake Family Farms
A trip to Drake Family Farms is like going back in time to an idyllic era when farm animals had names and people trusted their neighbors. The farm, which is surprisingly located just off of Redwood Road, has been home to six generations of the Drake family and offers goat milk (both raw and pasteurized), as well as a variety of goat-milk products, including cheese and soap. The products are left in a little hut where you can take what you want and pay for it using the honor system. Don’t forget to stop and watch the goats before you leave.
1856 Drake Lane, West Jordan, 801-255-6455, DrakeFamilyFarms.com


Best Weekday Workouts
Gallivan Center
Finding the time to actually pump iron can seem harder than finding the money to pay for a gym membership. For downtown dwellers and city workers who want to get a bikini bod on the cheap and without extra hassle, the Gallivan Center offers free after-work workouts during the summer. The heart-pumping aerobic exercises are designed to tone chair-butt and firm up computer-gut. The classes included kettlebells, yoga and Zumba—enough styles to keep boredom and bulge at bay.
239 S. Main, Salt Lake City, 801-535-6110, GallivanEvents.com


Best Copper Skin & Old Bones
Natural History Museum of Utah
Unlike many cities, the natural world is at our fingertips in Salt Lake City. Yet, like other cities, we still want to celebrate what is unique in Utah’s paleontology, zoology, climatology and anthropology and how we humans fit into the equation. And so, after a decade of planning, locals were treated in November 2011 to the grand opening of a copper-clad Natural History Museum of Utah. Built in terraced levels in the scrub-oak hills above the University of Utah, the 163,000-square-foot, $103 million building knocks you out with its pathways through galleries of old bones, minerals, flora and fauna. Upon reaching the highest terrace, a view of the natural world unfolds both within and outside the building.
301 Wakara Way, Salt Lake City, 801-581-6927, NHMU.Utah.edu


Best Bike-Friendly Experiment
Downtown Bike Corrals
Mayor Becker made another bike-friendly move in 2011 with an experimental launch of a bike corral program. Taking up one motor vehicle spot in front of many a downtown restaurant and business, the VIP parking gave pedalers even more incentive to get to two-wheelin’. After a successful pilot program two years ago at Squatters Pub Brewery, bike corrals went on site at Bruges Waffles & Frites and Twilite Lounge, among other spots, from April to November 2011. We hope to see even more of these pop up when warmer weather comes back around. 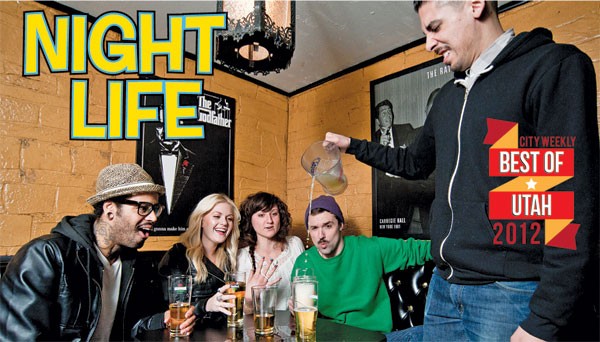 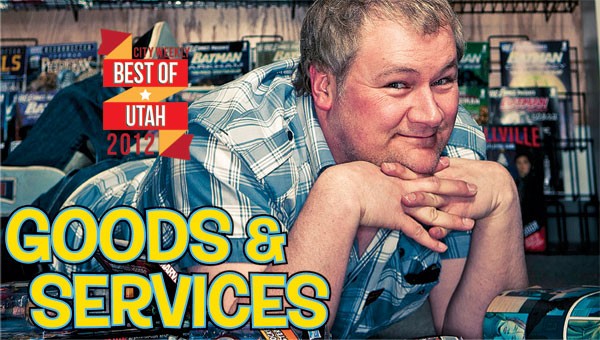 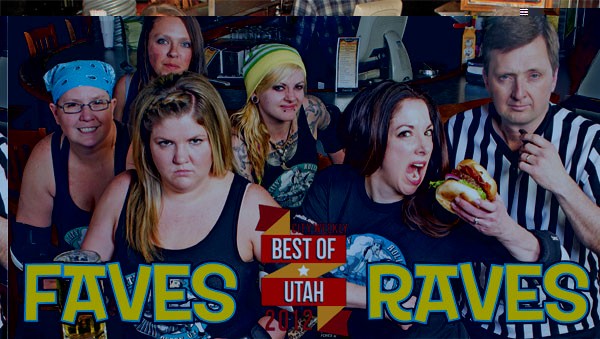